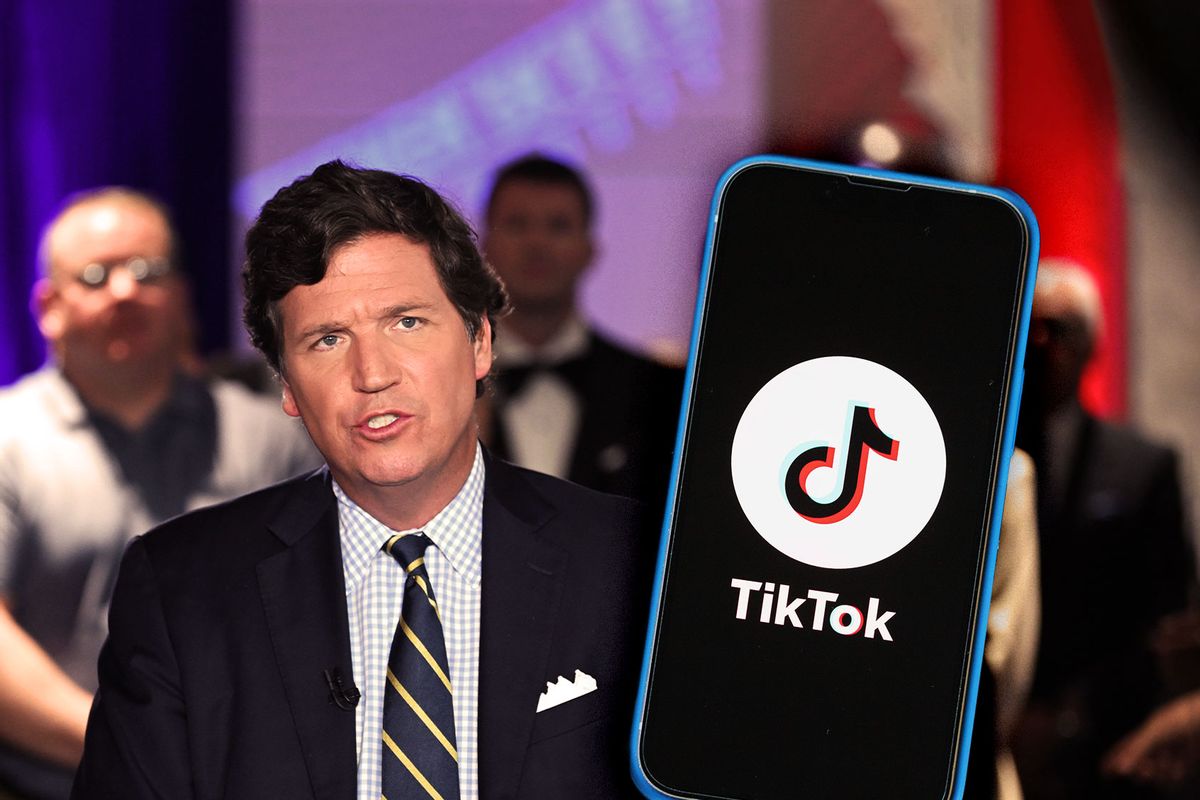 Chaya Raichik, owner of the far-right Twitter account Libs of TikTok, is currently on a right-wing media tour of sorts, continuing her attacks on the LGBTQ community and appearing on shows hosted by QAnon adherents and other conspiracy theorists, as well as figures linked to neo-Nazi and white supremacist ideology, according to Media Matters.

Raichik and her Twitter account have become super-spreaders of anti-LGBTQ rhetoric, which experts warn can embolden extremists, heighten political and social conflict and in some cases even lead to violence.

The Department of Homeland Security issued a warning last year that "[l]one offenders and small groups motivated by a range of ideological beliefs and/or personal grievances continue to pose a persistent and lethal threat to the Homeland."

Beneath that neutral-sounding language, it appears clear that DHS is primarily concerned about the danger of right-wing violence. Potential targets could include public gatherings, faith-based institutions, the LGBTQ community, schools and perceived ideological opponents, DHS said.

Libs of TikTok: The Twitter troll who took Trump's place

Some extremists have even shared their plans on social media and posted content indicating potential for violence.

Last year, an Arizona man posted to his Telegram account saying he was "leading the war" against Target for its Pride Month merchandise and children's clothing line. He promised to "hunt LGBT supporters" at the stores and encouraged others to do the same.

With society in general becoming more accepting of LGBTQ rights, alienated young men who hold more "traditional" beliefs around relationships and marriage are being dangerously triggered by this process of transformation, according to Mia Bloom, a communications professor at Georgia State University.

Bloom told the Associated Press that such young men can be vulnerable to "radical belief systems," in response to the sense that "the beliefs that they grew up with, that they held rather firmly, are being shaken. That's where it becomes an opportunity for these [far-right] groups: They're lashing out and they're picking on things that are very different."

Social media influencers like Raichik, who has an enormous online following, can pose a particular threat to marginalized groups, experts say, since they push out a flood of disinformation that is shared widely and creates more hostility toward minorities and marginalized communities.

"When you have a person with a very large audience abusing a community, that person is putting that community at risk, either for online harassment or for intimidation in real life and violence in real life," said Wendy Via, co-founder and president of Global Project Against Hate and Extremism.

In Via's view, influencers like Raichik provide "fodder" to extremist political figures like Florida Gov. Ron DeSantis, which can translate to real-world legislation like that state's "Don't Say Gay" bill.

"Folks that are being radicalized online, they're looking for solutions," Via said. "They're angry. They see that the LGBTQ community is what is wrong with the world, what is wrong with America, and they decide to do something about it."

Raichik has risen to fame in less than two years, gaining roughly 1.7 million followers for the Libs of TikTok account. At this point she has become a prominent right-wing figure, adjacent to the conservative mainstream, who has appeared several times on Tucker Carlson's Fox News primetime show.

While she started building her brand anonymously, Raichik's identity was revealed by the Washington Post in April. She then showed her face for the first time on Carlson's Fox News show at the end of last year.

The Post story observed that Libs of TikTok has become an agenda-setter in right-wing online discourse and also played a role in influencing legislation and rhetoric directly targeting the LGBTQ community.

Before Libs of TikTok, Raichik experimented with different usernames when constructing her online persona. She tried @cuomomustgo, calling for the resignation of then-New York Gov. Andrew Cuomo (who was indeed forced to resign, but not because of Raichik), and then went for @houseplantpotus, a parody of President Joe Biden.

Although those accounts were less successful, Raichik began interacting with right-wing figures, spread falsehoods about the coronavirus and pushed out conspiracy theories about election results.

It wasn't until April 2021 that she changed her Twitter handle to @libsoftiktok, debuting the account by promising "your daily dose of cringe."

That account rapidly settled on a theme: Raichik began spreading anti-LGBTQ rhetoric, often by reposting content from users  in the LGBTQ community, with mocking captions attached.

When Raichik rolled out @libsoftiktok, she promised "your daily dose of cringe." Then she found the killer formula: Mock LGBTQ people and harass teachers over sex education.

Raichik's content has also earned her accounts multiple temporary suspensions from Instagram, Facebook and Twitter, and even a permanent suspension from TikTok. But on the other side of the ledger, Raichik's influence has led to some teachers losing their jobs after she reposted content related to teaching sex education.

In an interview with the New York Post, Raichik said it was "not easy" to be responsible for teachers being fired, but she had few regrets.

"I really do feel bad," she said. "Sometimes it breaks my heart, but it has to be done. These kids are so innocent, and they don't deserve to go to school to get groomed and indoctrinated."

Raichik has repeatedly described the LGBTQ community as a "cult" and even likened its members to "groomers," a widespread right-wing slur that falsely equates sexual orientation and gender identity with pedophilia.

She has repeatedly criticized drag performers who interact with children, and has posted the locations of several all-ages drag shows around the country. One such event was invaded by members of the Proud Boys within hours of her post.

"Various Proud Boy chapters are devoted Libs of Tiktok followers and show up at the drag shows," Via said. "When you start having that happening, there is always the chance for violence."

Since revealing her identity, Raichik has been interviewed by several right-wing hosts and continued to attack the LGBTQ+ community. In an interview with YouTuber and conspiracy theorist Tim Pool, for instance, she baselessly claimed that "the point of drag is to queer kids."

"They admit they're grooming, but they need people, these activists in the media to cover it up," Pool responded.

Raichik and Lorraine spent most of the interview smearing LGBTQ people as pedophiles and groomers, with Raichik claiming that people on the left want to normalize pedophilia by using the euphemism "minor-attracted persons."

She also made the baseless allegation that pedophilia is "much more common" in schools. "It's crazy that they allow kids to decide to be transgender or nonbinary. A child is not old enough to make that decision," Raichik said.

"This radical transgender movement also is a slippery slope to pedophilia," Lorraine replied. Although that talking point has become commonplace on the far right in the last couple of years, there is no data to support it. Studies suggest that the vast majority of sex offenders who prey on children are cisgender.

Raichik has also appeared with right-wing radio host Sebastian Gorka, a former aide to Donald Trump and supporter of the Jan. 6 insurrection who has been associated with the Nazi-aligned group Vitézi Rend in Hungary.

"I have a moral obligation to continue exposing this stuff and to protect innocence of children and I'm never gonna stop," she said during her interview with Gorka.

The net affect of Raichik's media stardom, Via suggests, is a worsening environment of hostility toward the LGBTQ community that can spill over into other forms of prejudice.

on the rise of right-wing online trolls