Who invented jollof rice? Senegal beats Ghana and Nigeria to the title 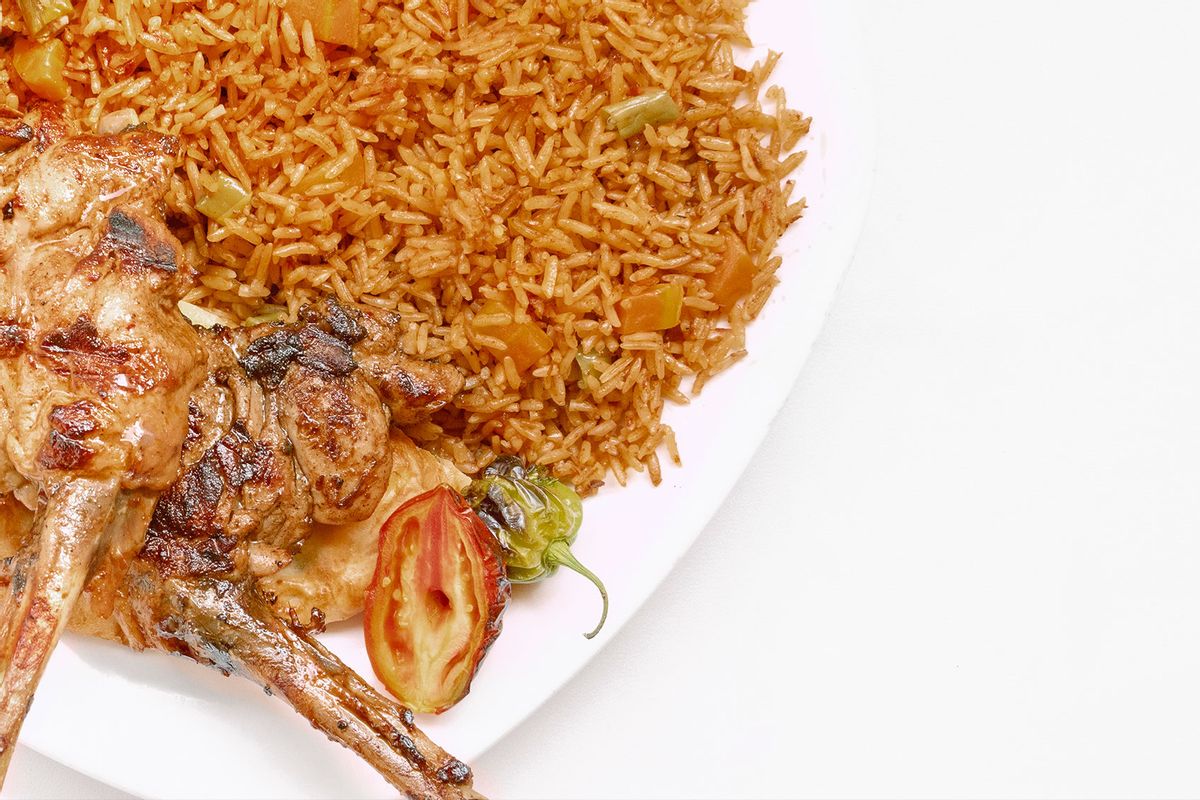 The authorship — and therefore origins — of jollof rice (called ceebu jën in Senegal according to the Wolof spelling) is the subject of a spicy debate between West African nations. In particular, Senegalese, Nigerians and Ghanaians claim ownership. And each believes their recipe surpasses all others.

In a bid to settle the issue, we explored the subject in our book. In it, we point out the "Senegality" of this dish. The word jollof refers to an ancient kingdom that was a part of Senegal between the 12th and 13th centuries.

More broadly, we found that the origin of the dish is linked to a particular period in history — the entrenchment of colonial rule in West Africa. Between 1860 and 1940, the French colonizers replaced existing food crops with broken rice imported from Indochina.

In time, broken rice came to be much more prized by the Senegalese than whole rice grain.

This was followed by what we call le ceebu jën, un patrimoine bien sénégalais — the genius of the natives, especially the Saint-Louisians who set about creating something completely new. Ceebu jën consists of rice and fish, accompanied by vegetables and sometimes tomatoes.

As it happens in history, when an art reaches a certain fame or notoriety, its paternity becomes an object of controversy. This is what has indeed happened with jollof rice.

The first act of the settlers was to make all those disconnected from agricultural activities dependent on rice. This included the men and women who had come to try to make their fortune in the markets of Saint-Louis, one of the gateways to the West, and for a good period, the capital of French West Africa.

If we add teachers, various agents of the administration and the military, we can better understand the pernicious process of rice promotion.

Overflowing in urban centers, rice was consumed in practically all of the colony of Senegal.

The success of the rice promotion strategy resulted in the entrenchment of an economy that became increasingly dependent on crops preferred by the colonizers. To this day, efforts continue to be made to grow rice in Casamance and the Saint-Louis region.

At the same time, the exploitation of the market garden areas of Niayes and Gandiol contributed to meeting the population's need for vegetables.

Another intriguing part of the history of the dish is the myth that has developed over centuries around the role of a Senegalese cook called Penda Mbaye, who is regularly attached to the name of rice with fish.

Though no one disputes the connection between the dish and Penda Mbaye, serious information on her identity, on the place and time she lived and on the conditions in which the dish was created is cruelly lacking. This is why we have stated in our book that she left history very quickly to take her place in legend.

To understand the importance of ceebu jën in the diet and imagination of the Senegalese, it would be wise to point out that its attractiveness can't be reduced to its nutritional value or its intrinsic delicacy.

This culinary art is closely linked to a know-how and a way of life. Thus, the consumption of the dish is strongly linked to the ceremonial — the aesthetics of the presentation and the service.

The women of Saint Louis, a port city in the northern part of Senegal, are singularly credited with remarkable know-how in this area. Their finesse and elegance is expressed in the way they dress, their speech and their gestures. All are put to good use so that the meal is a moment when they give pleasure by being pleased themselves.

The labeling should also have a positive impact on the economy, particularly tourism, agriculture, fishing and catering — or, as some would describe it, gastro-diplomacy.

But to make the most of all these advantages, Senegal must pay more attention to its fishery resources, and above all, settle the recurrent question of self-sufficiency in rice production for good, in order to put an end to the scandalous perversion of feeding on what is not produced.

Senegal, whose reputation is based more on its cultural influence and diplomacy, has every interest in capitalizing on this trend. Thus, in addition to rice with fish, it will have to promote its broader gastronomic heritage to make it an additional asset for the role it intends to play in the concert of nations.

In this spirit, Senegal's Food Technology Institute would be given a new lease of life. This public establishment, created in 1963, was assigned the mission of research and development in food and nutrition.

In its efforts to enhance the rich Senegalese heritage, the institute could set itself the objective of promoting all the remarkable Senegalese consumables based on millet, cowpea, bissap, ditax and (monkey bread) bouye. And to take up this challenge Senegal would be well advised to make use of all the proven expertise of researchers as well as economic players.

This article was written with the contribution of Alpha Amadou Sy, co-author of the book Ceebu jën, un patrimoine bien Sénégalais.