Why health experts are skeptical of the supersize water bottle trend 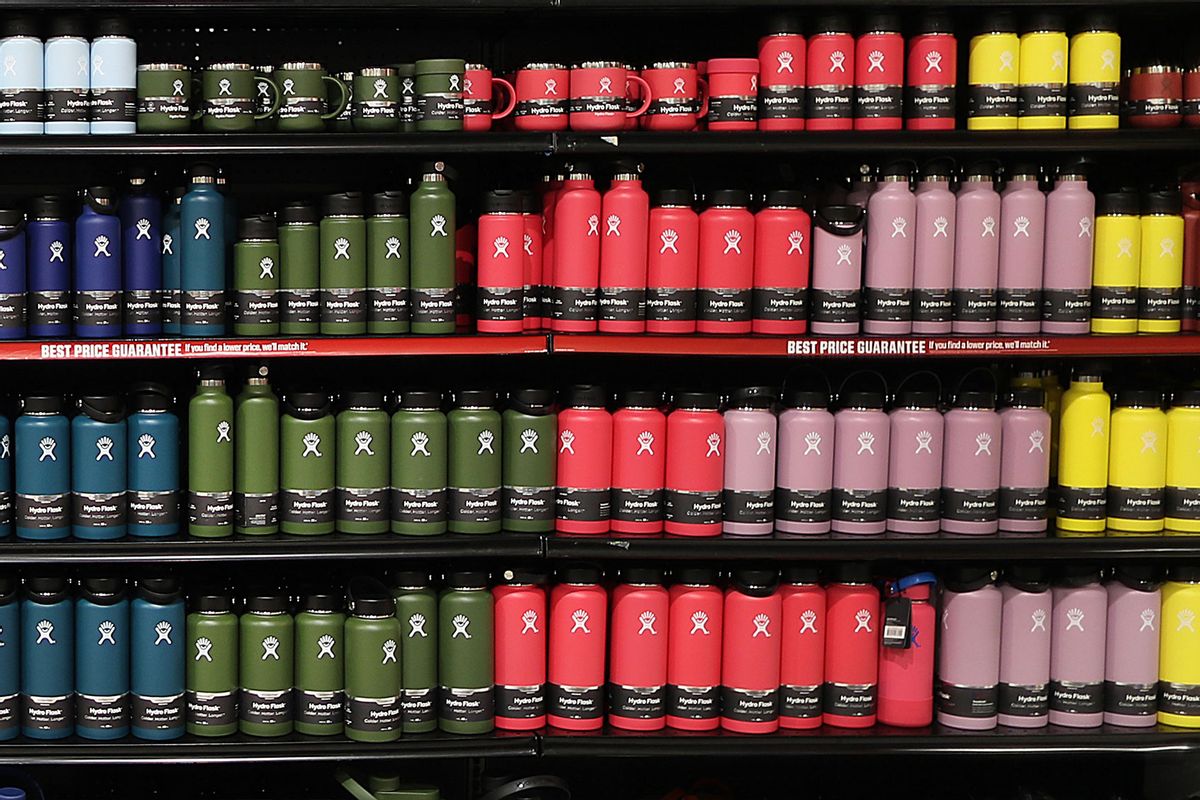 For most Americans, the Stanley Cup is synonymous with the National Hockey League's championship series. But for many Millennials and Gen Z-ers, the Stanley cup is a much-coveted 40 ounce water bottle that has become a status symbol among wellness influencers on TikTok and Instagram. Indeed, the massive water bottle has become a fashion accessory for some, and a collectible for others.

How popular is the Stanley cup (the water bottle, that is)? If there's a sale on a Stanley tumbler, a news outlet usually reports on it. If a new color is dropping, they'll be sold out instantly and resold for a higher price in Facebook groups.

"I might point out that the human species has done quite well without a 40 ounce bottle for a very long time."

The water bottle is sold by Stanley, a century-old brand that specializes in camping gear; their water bottle line in particular has what some deem a cult-like following. Its adherents, which include like TikTok DIY influencer Krystle Perkins, justify the $40 or $50 price tag (or sometimes more if it's being resold) for the following reasons: the cap can be screwed on; it fits in the cup holder of your car; and it keeps ice cold for 24 hours. It's also dishwasher-safe.

Lindsay Oz, founder of the buy-sell-trade Facebook group "Stanley Tumblers BST," told Salon that she's always been "a big water drinker." It started with Hydro flasks, then Starbucks cups, then Hydro Jugs — and then one day, a friend introduced her to the Stanley Tumbler, and it was game over.

"I ended up shelving the Hydro Jugs because to me, the Stanley just made more sense," Oz told Salon. "It was 40 ounces, it was a big high capacity tumbler and I think the thing that really made Stanley go crazy was the fact that you can fit it in your cup holders. And they've got the nice handle, and it can be used for left-handed or right-handed people."

The Stanley tumbler's popularity attests to a more general trend of taste-makers toting around massive water bottles comparable to a Big Gulp in terms of fluid capacity. Carrying around a third of a gallon of water may be popular — but are there any real health benefits to drinking two-and-a-half pounds of water (which is what 40 ounces of water weighs)?

"In general, most people will drink about 2 to 3 liters of fluid per day, but this is highly variable and needs are increased in hot temperatures or with more physical activity," Dr. Mitchell Rosner, a nephrologist who focuses on fluid and electrolyte disorders, told Salon. A liter of fluid translates to almost 34 ounces. "It is definitely not necessary," Rosner added. "I might point out that the human species has done quite well without a 40 ounce bottle for a very long time."

The National Academies of Sciences, Engineering, and Medicine suggested that women drink a total of 2.7 liters a day and men drink 3.7 liters of water a day— but not all of that has to be water intake. This liquid intake can come from nutrient-rich foods, and other beverages like tea or coffee. But these are just recommendations, as Rosner said the amount of water a person should consume each day is "highly variable."

"Needs will change depending on temperature and activity or with certain medical conditions," Rosner said. "In general, our thirst mechanism is a great way to guide daily fluid intake."

Rosner added that the average person isn't really in danger from drinking too much water until they consume 12 liters a day or more.

In other words, just drink when you're thirsty. This advice seems to fly in the face of the dominant wisdom that guides the sale of tumblers like the Stanley cup, which begs us to hydrate constantly. It appears to be part of a larger war on dehydration being led by health-adjacent companies: There are now popular hydration apps to remind people to take a sip of water, or help them track their water consumption.

Is it possible that this hydration fixation is leading to Americans drinking too much water? In 2011, Dr. Margaret McCartney, a Scottish physician, challenged the idea that people need to be drinking more water and noted some of the popular pro-hydration campaigns at the time had connections to water bottle companies. While it's possible to drink too much water, Rosner noted, when that happens the water "is simply excreted as urine."

"In some cases, the body's ability to excrete water may be impaired and in these cases, it can lead to a condition known as hyponatremia where the serum sodium in the body falls and people can develop confusion, seizures and rarely death," Rosner said. This condition is more commonly seen in sports like marathon running. Yet tragically, there have been cases of people dying from drinking too much water after taking drugs like MDMA — a drug that indirectly causes dehydration, and hence users often over-hydrate in response. A 28-year-old woman in California also died in 2007 after drinking too much water for a radio station contest that challenged contestants to see how long they could go without urinating after drinking copious amounts of water.

Rosner said "aside from the inconvenience of carrying around all of this fluid," he sees no real harm in the 40 ounce water bottle trend. He added that the average person isn't really in danger from drinking too much water until they consume 12 liters a day or more.

"Certain medical conditions can limit the ability to excrete water and this can lead to problems," he said. When asked why big water bottles have become so popular, Rosner said: "I think it is due to a highly effective marketing campaign on the part of bottled water companies."

"Beyond the body's daily needs there is little evidence that excessive hydration has health benefits," he added.

As for big water bottle fans like Oz, the appeal is not necessarily about staying hydrated.

"It's certainly an accessory," Oz said. "There are a lot of guys and gals who like to swap out [a bottle] once a week or once a month or even once a day to match their outfits."

But as the admin of a Facebook group focused on buying and selling these water bottles, Oz said she sees heartwarming stories about people prioritizing their health thanks to their water bottle.

"We're in tears at least once a week... these stories come in of people saying, 'I was in a really bad place and I was really unhealthy and I decided to make some changes and I saw this cute cup and this group and I just wanted to let you all know that you saved my life,'" Oz said.