Tiktokers eat it in globs. Should you try this wellness trend or even try to make your own? 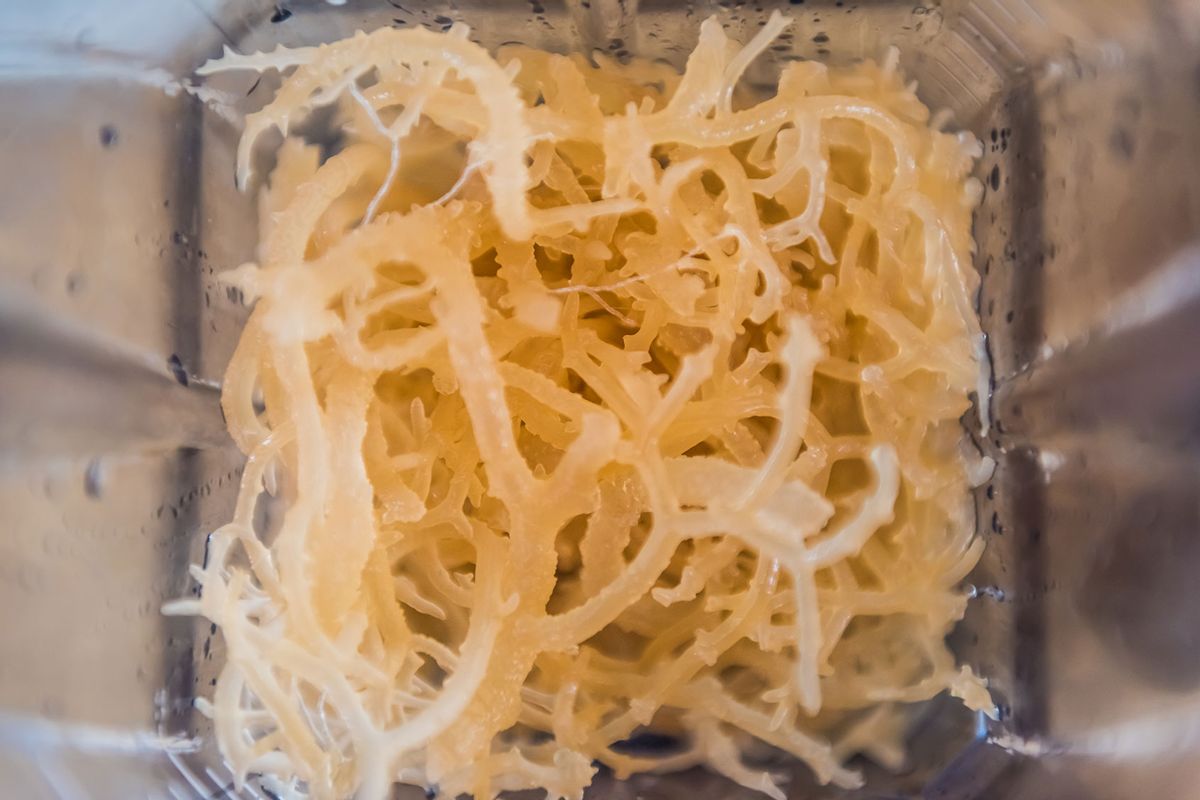 TikTok's wellness world has been rife with people eating sea moss gel out of glass jars.

"Started taking sea moss gel about 3-4 weeks ago and now my skin is glowing more than ever before," one LA holistic nutritionist wrote on TikTok. "Energy levels are higher & gut health is doing better."

Others have shared videos on how to make your own: forage sea moss or buy it raw, mix with water, maybe add a cup of fresh fruit, and let it sit overnight — and voilà. What looks like applesauce, but tastes like seaweed, has quickly become a new health trend promising an array of benefits from weight loss to glowing skin, and perhaps even a way to fight Parkinson's Disease. Devouring sea moss gel was recently featured on Kourtney Kardashian's Goop-like Poosh website, and has previously been touted by Kim Kardashian herself who eats sea-moss smoothies.

RELATED: We're not safe from Big Wellness: 'They'll get you with a crystal or pouf'

"This may be your first time hearing about sea moss, but it's not new," Mascha Davis, a Registered Dietitian Nutritionist, told Salon via email. "Sea moss is a type of red algae that has been used medicinally by different cultures, like Jamaican and Irish, for example, for hundreds of years."

Davis added many people don't know much about sea moss, but it's certainly becoming more popular. A few of her clients in Los Angeles have been "seeing it on Erewhon shelves" and asking her about it.

"Sea moss's cousin (seaweed) is much more well known and researched," Davis said. "Up until recently, sea moss had not been extensively studied, but its benefits are believed to be similar to those of other seaweeds."

For the unfamiliar, sea moss is a type of red algae. Also known as "Irish moss," or more technically Chondrus crispus, it grows along the rocky parts of the Atlantic coasts of Europe and North America. Chondrus crispus is a "foundation species in the North Atlantic intertidal zone," Susan Brawley, a professor at the University of Maine's School of Marine Sciences, told Salon. "It provides 3-D structure for smaller organisms and food for invertebrate herbivores in the low zone."

This algae specifically has an industrial history of being used as a natural source for a thickener in milk products (like half-and-half, coffee creamers, heavy cream), some processed foods and ice cream — and now it's just starting to become more mainstream in the alternative health world. But is there any merit to this wellness trend, or is this yet another Goop-ified wellness fad that makes false promises and could come with more risks than benefits?

"There are a lot of health benefits in terms of vitamins and nutrients; it's got fiber in it, plenty of vitamins B2, B12, calcium, magnesium, chromium, zinc, a ton of stuff, so that's a really good thing," Dr. Jen Caudle, family physician and an associate Professor at Rowan University, told Salon. "There are a lot of claims, that sea moss does this and does that — anything from preventing Parkinson's to helping the immune system, and the thing about those claims is we don't have a lot of evidence to back that up."

Indeed, one 12-week study of people consuming 1,000 milligrams of red seaweed extract per day reported having a reduction in total body weight compared to the placebo group. However, it was a small study of 78 adults. Another study published in BMC Complementary Medicine and Therapies concluded that red sea moss can be used to support gut health as a prebiotic, but the study was done on rats. As for the Parkinson's claims, these likely stem from one study where researchers concluded that an antibacterial extract from Chondrus crispus could possess a neuroprotective activity to potentially prevent Parkinson's. It should be noted that this research was conducted on worms.

Caudle added there are many different ways to consume sea moss— yes, there's sea moss gel which has become the popular form of consumption on TikTok, but there are also gummies, powder, supplements and vitamins.

"When it comes to vitamins and supplements, they're not regulated in the United States, like prescription medications, and what that can mean is that the product may have varying amounts of ingredients in it," Caudle said, adding that a concern is about how these supplements might interfere with medications and other supplements a person is taking. "[Sea moss] may not be right for some people based on their underlying conditions like sodium content and magnesium and potassium."

However, in addition to the promotion of claims that lack sound scientific evidence and not knowing what's in supplements, Caudle said one of the biggest concerns of the sea moss trend is perhaps ingesting too much iodine and potential exposure to heavy metals. While iodine deficiencies can be a concern for the human body, too much iodine is also problematic.

"It is possible to get too much iodine in your diet, and that's one concern that many of us have about sea moss, too much iodine can affect the thyroid and so many other parts of your body," Caudle said. "Sea moss is harvested in water sources, depending on where it's harvested from it may be contaminated with heavy metals that can be very dangerous, potentially."

Caudle emphasized "the risk is variable" and it depends on the type of sea moss a person is consuming, but these are risks people should be aware of, which is why she made a TikTok on the "dangers of sea moss."

However, if people are going to collect their own raw sea moss, Brawley from Maine's School of Marine Sciences said it shouldn't be done in an area that's close to a factory or a sewage plant.

"In many countries along the North Atlantic, wild harvest for sale is regulated both to protect the resource from over-harvesting and to ensure it is not from a polluted area," Brawley added. "Small amounts for personal use can often be collected without a permit except for it being prohibited in conservation areas, marine parks, et cetera."

Unlike how Instagram's succulent trend drove a black market for succulent poaching and concerned environmentalists, Brawley said she doesn't see a negative environmental impact if people forage for their own Chondrus crispus.

"Indeed, for centuries, that is exactly what coastal people did across the North Atlantic," Brawley said. "When I came to Maine, a colleague who was a native Mainer gave me her handed-down family recipes for how to collect, clean, and prepare Irish moss, as well as a pudding recipe."