Instagram is helping drive a black market for succulent poaching

Many native succulents are going extinct, thanks to plant poachers fulfilling a huge demand for Californian plants 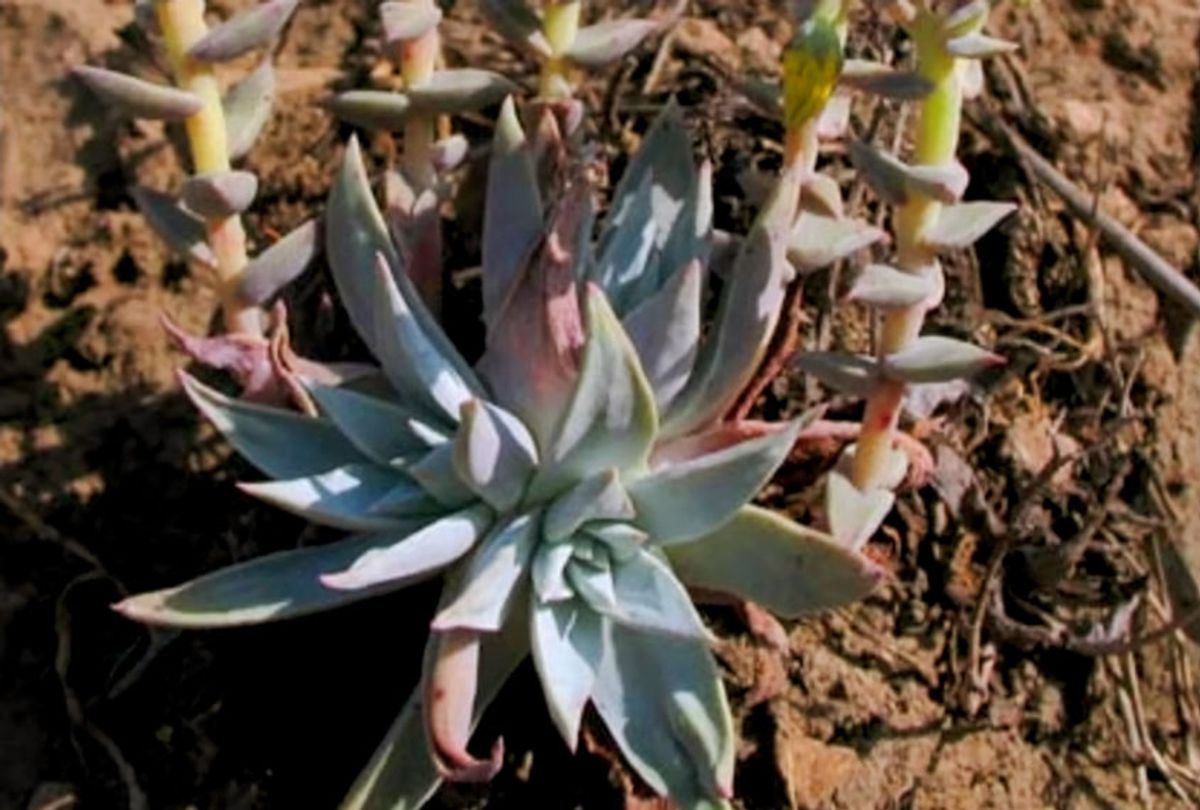 What Chia Pets were to the 1980s, succulents are to the 2010s. Instagram, arguably the most influential venue for popularizing of aesthetic trends, is absolutely lousy with pictures of them: succulent walls, succulent gardens, succulents in geometric prisms on reclaimed wood shelves. The compact, drought-resistant plants are akin to a pet for millennials: posts of the thick leafy stems are accompanied by hashtags like #plantparenthood and #plantsmakepeoplehappy. And while the latter may be true, the rise in popularity of succulents are coming at a high cost to California’s ecosystem.

Recent visitors to the California coast may have chanced upon modern-day wanted posters offering rewards for succulent poachers — specifically, those stealing the Dudleya, a valuable native California genus of perennial, and selling them on the black market. (Yes, there is a black market for succulents.)

Dudleya succulents are mostly found on the West Coast, their range running from the southern Oregon border to the tip of Baja California. In terms of shape, they resemble a lotus, which has contributed to their popularity in Asia. The price of Dudleya is related to age, size and number of rosettes — and can range from $5 to $80 in the United States, South Korea, China and Japan.

While there are documented cases of succulent poaching in dating back at least two decades, officials say it has recently increased in frequency and severity. Plant experts tell Salon poachers take these plants from private and public properties. And such poaching is destroying California’s coastal ecosystem, already compromised by invasive plants and human development.

“It is an area we need to do more research [in], but it is clear there is a lot going on with these plants,” Steve McCabe, Emeritus Director of Research at the University of California, Santa Cruz’s Arboretum, tells Salon. “Where the population of Dudleyas are densely aggregated, they provide a food resource and are an integral part of the local ecosystem.”

McCabe said bees, flies, hummingbirds, butterflies, bumblebees, swallowtails and other creatures have been observed visiting the plants. Like many succulents, the plants also hold lots of water, which is particularly vital when other sources of water are not readily available for wildlife. Currently, 39 species and subspecies of the 68 types of Dudleya succulents in California are considered to be rare and or endangered, in part due to habitat loss. Seventy percent of the world’s Dudleyas exist in California.

In June, three men were charged with stealing more than $600,000 worth of wild succulents from public lands. According to the U.S. Department of Justice, one of the three men had a nursery that shipped 5,731 Dudleya plants — weighing 501 pounds — to South Korea. The three men allegedly drove together to various state parks along the coast where the plants grew, pulled them out of the ground, and then transported them to a nursery one man had in San Diego County.

Also in 2019, a couple was convicted of stealing Dudleya farinosa plants from Big Sur. Over 600 plants were reportedly found in their garage.

In April 2018, three people were arrested for taking 2,300 succulents in Humboldt County.

On the coast, McCabe said, these plants provide erosion control in addition to playing a vital role in its ecosystem. For example, on the California coast there are some invasive species like the ice plant, which has displaced coastal buckwheat. The buckwheat used to be a primary food source for the endangered El Segundo blue butterfly, which still lays its eggs on the Dudleyas. However, when they are pulled out of the cliffs from the coast, that allows for the ice plants to take over. This disturbs the soil chemistry, which can result in chunks of the cliff falling off the coast.

“If you get rid of all the native plants, the heavy non-native plants come in,” McCabe said.

One subspecies of the Dudleya, Dudleya verityi, can only be found in eight places in the world, all only in California. Today, there aren’t many left. California Native Plant Society (CNPS) Conservation Program Director Greg Suba told Salon in a statement that “the Dudleya black market should be treated with the same concern as we would a black market for the California condor or elephant ivory.”

Suba added that people don't need poachers to enjoy these plants, noting that they are easy to grow. A pinch of seeds, he said, can produce ten thousand plants.

CNPS Executive Director Dan Gluesenkamp said the demand is showing how people “really will do anything for a little bit of nature.”

“They need to connect,” Gluesenkamp said. "It’s possible for everyone on Earth to have them, but only if we grow them. Alternatively, poachers can take the last few from the wild and deprive everyone else, while starving the pollinators and other species that need them more than we do."