Tucker Carlson hawks “testicle tanning” to boost testosterone. Experts say it may do the opposite 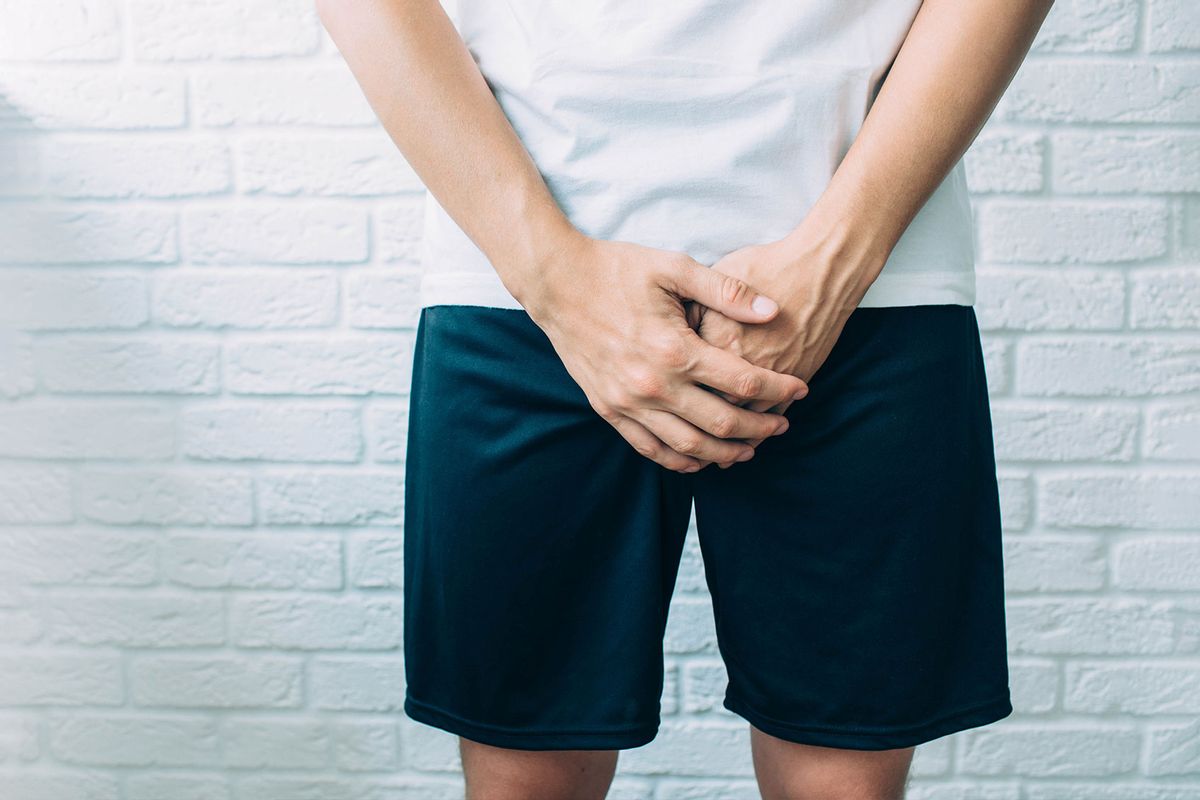 Far-right talking heads like Tucker Carlson love bemoaning the state of masculinity, as measured by their very narrow and stereotypical lens, as though it is in some sort of crisis. To that end, Carlson recently humored the internet (and world?) by offering up a wellness solution for this so-called crisis in his "Tucker Carlson Original" documentary, title "The End of Men." And Carlson's prescription, to stop the death spiral of the American man, was something called "testicle tanning."

Testicle tanning, more formally known as red-light therapy for testosterone, involves exposing one's scrotum to infrared light; this, supposedly, increases testosterone levels. Trailers for Carlson's documentary feature multiple images of a naked white man appearing to plug his testicles into some sort of infrared light device. As his bottom half lights up, the man's arms slowly raise, indicating some sort of victory or enlightenment has been achieved. Presumably with the help of testicle tanning.

RELATED: What is a "warrior poet?"

"Half the viewers right now are like, 'What?! Testicle tanning, that's crazy!'" Carlson responded. "But my view is: Okay, testosterone levels have crashed and nobody says anything about it, that's crazy, so why is it crazy to seek solutions?"

This isn't the first time the idea of testicle tanning has entered the public discourse. In 2015, former Major League Baseball player Gabe Kapler made headlines for promoting testicle tanning as a solution to Vitamin D deficiencies in men. "If you want to be your strongest, get some sun on your boys. And by boys, I mean your testicles," Kapler said.

"Half the viewers right now are like, 'What?! Testicle tanning, that's crazy!'" Carlson responded. "But my view is: Okay, testosterone levels have crashed and nobody says anything about it, that's crazy, so why is it crazy to seek solutions?"

In 2017, self-proclaimed "biohacker" Ben Greenfield wrote in Men's Health magazine about his experience trying red-light therapy on his testicles to increase his testosterone levels. After, Greenfield claimed to have "never felt better."

But despite these anecdotes, there has been little written about whether this is actually a therapy that many people are doing — or, if there is there any scientific evidence to suggest it works. A related trend, of perineum sunning, was briefly a wellness trend in 2019 and 2020. Yet in my research, I could find no spas that offered the testicle tanning service. Indeed, in 2020, Inverse reported that it is more of an "at-home treatment" rather than something being offered as a service.

In any case, those interested in testicle tanning can purchase in-home devices such as light beds, lamps, lasers, and infrared saunas, which range in price from hundreds to thousands of dollars. In 2019, researchers estimated that the global light therapy market was expected to surpass $1 billion by 2025, though light therapy mostly includes non-testicle related treatments for things like eczema and psoriasis.

The greatest irony behind the testicle tanning fad, however, is that it seems to do the opposite of what boosters like Tucker Carlson say that it does. Indeed, urologists do not recommend red-light therapy to boost testosterone, noting exposure of infrared light can negatively affect a male's testicles and may actually lower testosterone levels.

"Any extreme chronic exposure can prove harmful for the testes leading to decreased testosterone, decreased sperm counts and subsequent infertility," reproductive urologist Dr. Ranjith Ramasamy told Salon via email. "However, the true efficacy of testes-focused light therapy in improving testosterone levels is currently unknown and not backed by the scientific literature."

Ramasamy said that there have been some studies to show that red-light therapy can improve the destruction of cells on a person's skin. Indeed, it is sometimes used to treat wrinkles, redness, acne, scars and other signs of aging. But "the true effectiveness of this therapeutic modality remains unknown," Ramasamy notes.

Advocates of the therapy often point to one study from researchers at the University of Siena in Italy from 2016 who claimed that "bright light increases testosterone levels and leads to greater sexual satisfaction in men with low sexual desire." Professor Andrea Fagiolini recruited 38 men who had been diagnosed with hypoactive sexual desire disorder or sexual arousal disorder, both conditions that are characterized by a lack of interest in sex.

Fagiolini divided the study participants into two groups, one of which received treatment with a specially adapted light box and the other which received a placebo. Both groups received an hour of treatment from a light box for two weeks. The researchers claimed there were significant differences in the groups, with increased testosterone levels in the group exposed to a light box, but they recognized the study was small and thus they couldn't "recommend this as a clinical treatment." Notably, the study wasn't published in a peer-reviewed journal, and participants' testicles were directly exposed to the light.

Ramasamy added that too much sunlight could negatively affect male testicles, too, and lead to decreased sperm count and "intratesticular testosterone levels."

"This study fails to mention that the men in this study were likely suffering from hypogonadism given the low testosterone level and presence of symptoms (in this case low sex drive or libido)," Ramasamy told Salon. "Testosterone levels are very dependent on quantity and quality of sleep and the use of aids to optimize such as light therapy could theoretically increase endogenous testosterone production," Ramasamy said, adding that this study doesn't indicate that light therapy focused on the testicles specifically could increase testosterone.

"Previous studies examining the use of light therapy focused on the testicles have often been done in men suffering from fertility issues such as azoospermia or asthenozoospermia with no indication or studies supporting its use in healthy men," Ramasamy continued. "The few studies demonstrating the use of red-light in increase testosterone levels have been done in animal subjects which are very imperfect models of humans and do not fully represent our own physiology."

Ramasamy added that too much sunlight could negatively affect male testicles, too, and lead to decreased sperm count and "intratesticular testosterone levels."

"The testicles are vital organs responsible for producing the majority of testosterone and source of sperm, both of which are essential for maintaining fertility," Ramasamy said. "Normally the testicles prefer to be in a slightly cooler environment than the core body temperature which is one of the reasons they move in response to local temperature."