Actor, writer and director Chris Eigeman starred in Whit Stillman's films "Metropolitan," "Barcelona" and "The Last Days of Disco." His many TV and film credits include "Mr. Jealousy," "The Treatment" and "Maid in Manhattan," as well as "Malcolm in the Middle," "Gilmore Girls" and "Girls." He wrote and directed the film "Turn The River," for which he won the best screenwriter award at the Hamptons International Film Festival. He is also the writer and director of "Midnight Sun," which won the 2011 Film Independent's Sloan Award. 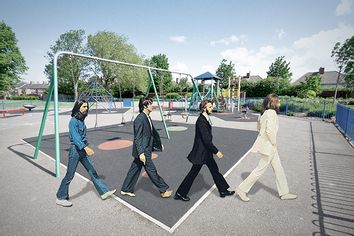 Trust Me on This: "Abbey Road" Chris Eigeman
Page: 1