John T. Edge is the director of the Southern Foodways Alliance. He holds a master’s degree in Southern Studies from the University of Mississippi, (He wrote his thesis on potlikker) and is director of the Southern Foodways Alliance, an institute of the Center for the Study of Southern Culture at the University of Mississippi, where he documents and celebrates the diverse food cultures of the American South. The SFA has completed more than 450 oral histories and 20 films, focusing on the likes of fried chicken cooks, row crop farmers, oystermen, and bartenders.

His work for Saveur and other magazines has been featured in six editions of the Best Food Writing compilation. He has been nominated for four James Beard Foundation Awards, including the M.F.K. Fisher Distinguished Writing Award. In 2009, he was inducted into Beard's Who's Who of Food & Beverage in America. 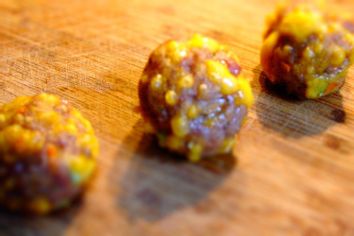