Lynn Brown Rosenberg has written an unpublished memoir called "What's a Nice Jewish Girl ... doing on a website like this (and what led me here)," from which this is excerpted. She has written many screenplays, two of which are currently optioned for feature films, a thriller, and several short stories. She wrote a short film called "Solo," which was honored with a Golden Eagle. 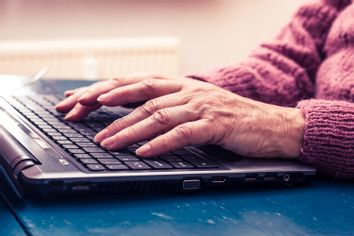