Neal Medlyn is a performance artist in New York whose pop music and pop star based shows have appeared at the Kitchen, PS122, Dance Theater Workshop, the New Museum for Contemporary Art and others. He has toured his work around the US and internationally and is a co-host and co-creator of Our Hit Parade monthly at Joe's Pub. He has also written for New York magazine online and Nerve. He has a show based on juggalos and the Insane Clown Posse in late January, early February 2012 at the Kitchen. 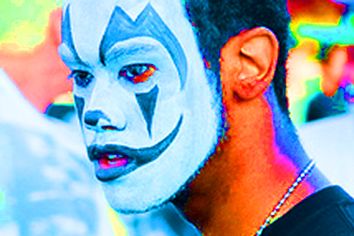 How I found a home with the Juggalos Neal Medlyn
Page: 1