Peter Zheutlin is a freelance journalist and author whose work has appeared regularly in The Boston Globe. He has also written for The Los Angeles Times, The San Francisco Chronicle, The Bulletin of the Atomic Scientists, AARP Magazine, Bicycling and numerous other publications in the United States and abroad. Peter is an avid cyclist the author of seven books including "Around the World on Two Wheels: Annie Londonderry’s Extraordinary Ride" (Citadel Press/Kensington, 2007). 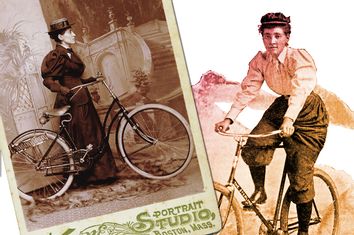 The wheels that set her free: The humble bicycle continues to be a key to women's empowerment Peter Zheutlin
Page: 1