Phyllis Grant still doesn't know what she wants to be when she grows up. In her twenties in New York City, she was a dancer, a chef, a birth doula, and a yoga teacher. Her thirties were a blur of birth, breastfeeding, tantrums, and sleep deprivation. Now, almost halfway through her forties, she is the proud mama of a popular blog called Dash and Bella: Cooking with Two Kids. Her writing, photos, recipes, and parenting advice have been featured numerous places including including Oprah, The Huffington Post, Saveur, Williams-Sonoma, Food and Wine, Apartment Therapy, The New York Times, and The San Francisco Chronicle. She writes a column forFood52 called "Cooking What I Want" and is hard at work on a food memoir called This Dinner WIll Not Kill Them. She lives in Berkeley and can't stop making tarts and ice cream for her husband and two kids. She loves all music, but when John Cougar comes on in the car, right after carpool drop-off, she cries like a baby. 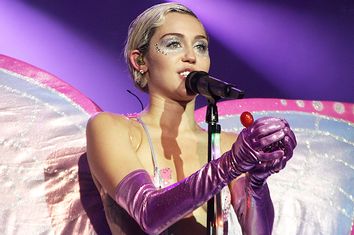 "I am Miley's mother. I am her lover. I am her critic. I am a mixed-up hormonal monster" Phyllis Grant
Page: 1