A clumsy nerd enters the pantheon of "Saturday Night Live" characters made into lame movies. 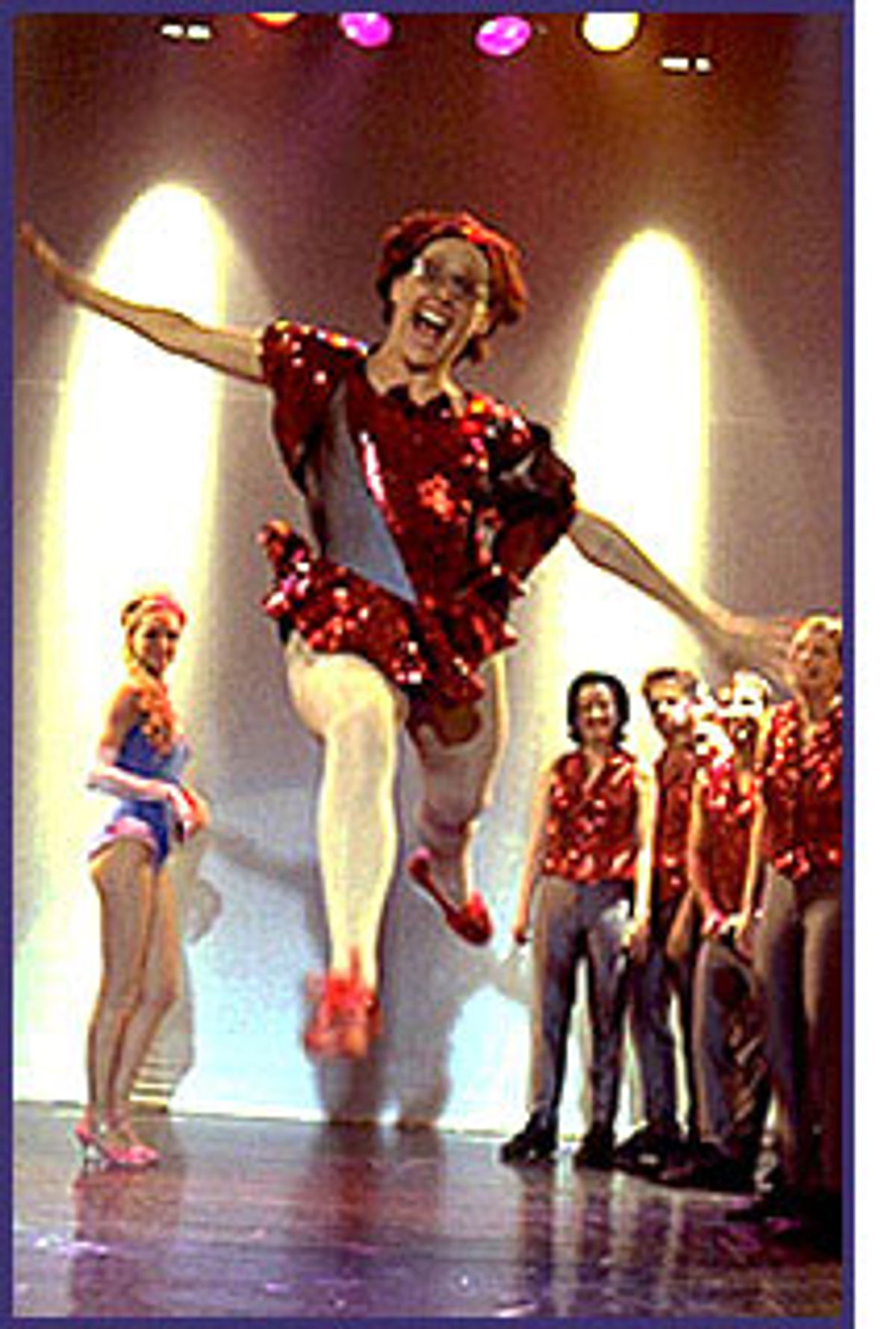 On the 25th anniversary TV special for "Saturday Night Live," comedian Chris Rock astutely observed that, "Some of the worst movies ever made were made by people in this room." To an ignoble pantheon of vaguely amusing skits stretched into painful, full-length features like "A Night at the Roxbury," "It's Pat," and "The Coneheads," Rock can now add another: "Superstar."

Based on the panty-flashing, socially awkward and sexually overripe Catholic schoolgirl character created by longtime SNLer Molly Shannon, "Superstar" may not be the most unnecessary movie of the year, but it's got to rank right up there. The pratfall-heavy adventures of Mary Katherine Gallagher are a favorite on the show, but are they really rich enough for a whole movie? And if they can't capture even a flicker of amused appreciation from the likes of me -- a double-named, Irish Catholic parochial-school survivor -- I can't help wondering exactly who will be entertained.

Mary Katherine, taken in small doses and on the small screen, isn't such a bad egg. She's pretty odd, to be sure, an unworldly little dweeb whose inevitable mishaps revolve largely around her show business aspirations and her barely contained libido. As played by Shannon, she's a minor volcano of misdirected energy, one of the all too few unabashedly physical comic female characters around. The woeful dearth of big, broad comedy centered on women is unfortunate. You'd think that by now there'd be room at the top for a $20-million-a-picture, XX-chromosomed version of Jim Carrey, Adam Sandler or Mike Meyers. Shannon does her best to gamely prove that women can fall on their faces and talk out of their body parts, too, but she doesn't have the accompanying charisma or charm to carry the movie. And she sure as hell doesn't have the material. Although tolerable when sandwiched between a "Weekend Update" and a musical performance by Beck, Mary Katherine is mind-numbingly interminable on the big screen.

What might, in another movie, be called the plot in "Superstar" centers on Mary Katherine's quest to find "someone to make out with and tongue kiss" -- a dream she believes will be better served if she can turn herself into a glamorous superstar. Or, as she endlessly refers to it, a "soopa stah." Her potential make-out material arrives in the form of Sky Corrigan (Will Ferrell), St. Monica's resident stud and best male dancer. The opportunity for soopa stahdom? The school's "Let's Fight VD" talent show. If she can just make a big enough splash in the contest, Mary believes, Sky will surely want to kiss her the way boys kiss girls in all those made-for-TV movies that she watches as "rewind girl" at the local video shop. First, however, she must overcome a series of seemingly impossible obstacles: her grandmother's refusal to let her try out for the show; Sky's bitchy, sabotaging girlfriend Evian (Elaine Hendrix); and not least of all her own near-crippling spazziness. But the Lord has a special affinity for dorky girls who've seen "The Boy in the Plastic Bubble" one too many times -- we know because He appears throughout the film to affirm this -- and eventually Mary finds herself in the spotlight and ready to pucker up to something other than an accommodatingly helpless campus tree.

Writer Steven Wayne Koren and director Bruce McCulloch (whom one may prefer to remember as a "Kids in the Hall" veteran) have managed to create a movie so stuffed with setup, it's really quite an achievement that there are almost no punchlines. Instead, we have Mary falling into piles of chairs, Mary whomping a cheerleader in the boobs, Mary getting so carried away in the confessional that she thrashes the doors right off. Each incident is followed by a twitchy, Rain Man-ish string of "Sorry sorry sorry sorry." She's meant to be an appealing everynerd, the screw-up with big dreams who exists inside all of us. But when the viewer is subjected to scene after scene of Mary Katherine sniffing her own armpit aroma, desperately yanking her blouse open for a horrified priest and making the sign of the cross as if she were pushing invisible buttons on her body, it's hard to disagree with her principal's assessment that the girl needs a serious dose of "prayer and Ritalin." Wayne and Garth were deeply sheltered weirdos with a dream of becoming entertainers too, but somehow they never came off as total sociopaths.

Though it's difficult to tell exactly where the awfulness of the script ends and that of Molly Shannon's performance picks up, one can gauge her shortcomings by stacking them up against the other members of the cast. Will Ferrell has little to do as the Prince Charming who inflames Mary's passions and even less in his other role as a surfer dude Jesus, but he has a casual, big man on campus confidence and an unforced sense of comic timing that makes for a telling contrast to Shannon's frantic energy. And Harlan Williams, who had a brief but hilarious role in "There's Something About Mary," is so inscrutably offbeat as the mysterious bad boy of special ed that he's the closest thing the movie has to a laugh-getter.

It's ironic that a movie set entirely in the realm of religious education could leave one questioning how, if there is a God, he could possibly allow movies like "Superstar" to be made. Where's the pestilence and the smiting when you need them? You'd have thought, in his infinite wisdom, the Lord would at least send stinkers like this direct to video.