An ex-sister's tale of sexually confused priests and predatory nuns. 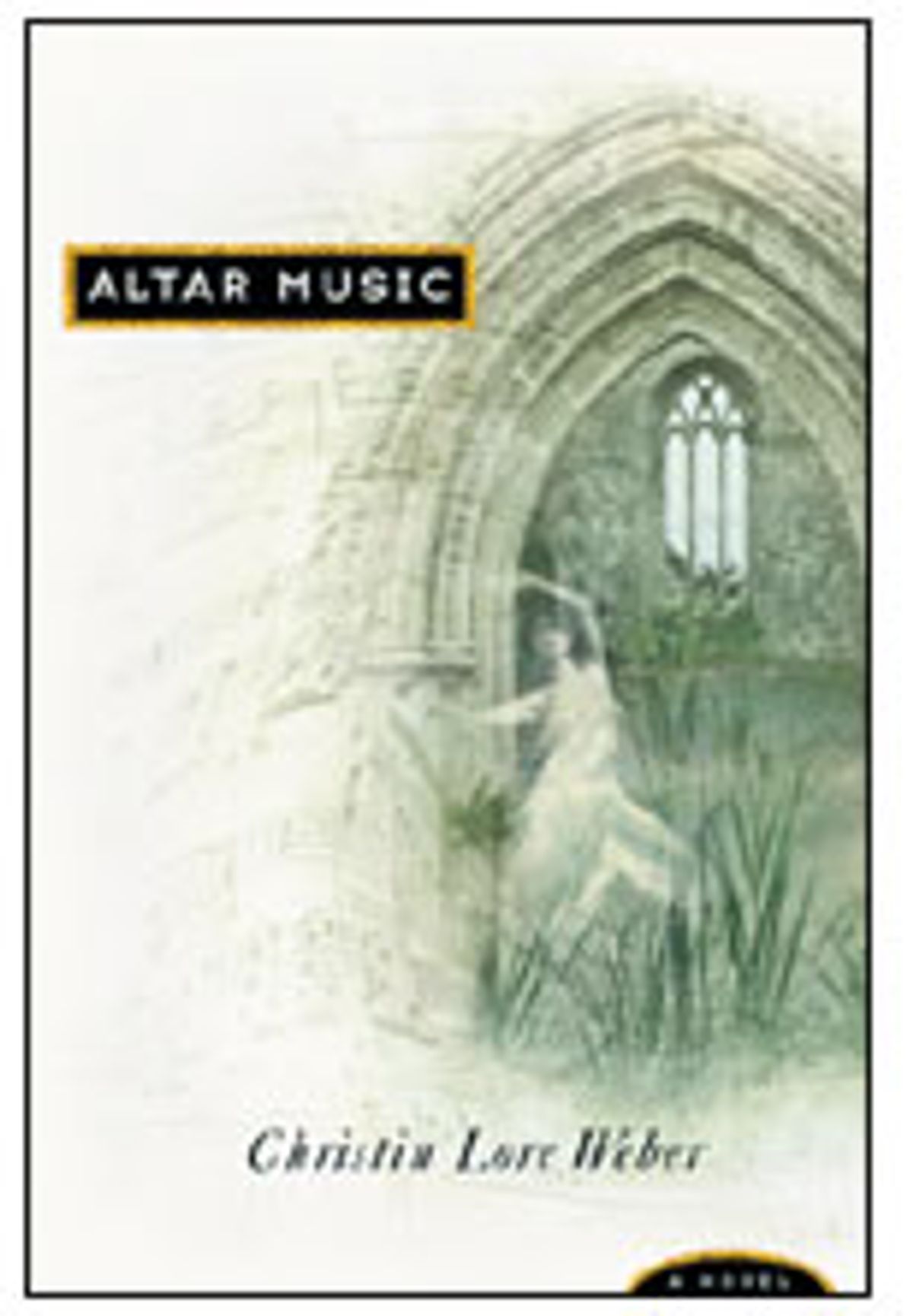 Not all the denizens of "Altar Music" are wife beaters, child molesters or predatory priests and nuns. There have to be some characters, after all, to serve as prey. In this debut novel by nonfiction author and ex-nun Christin Lore Weber, three generations of women survive -- just barely -- the rigors of marriage, motherhood and Roman Catholicism in a stifling Minnesota town. While the book is far from an exercise in Catholic-bashing, it sure as hell won't win the Church of Rome any converts, either.

The story centers on Elise Pearson, a gifted young pianist molded by her family and her church in postwar America. Her grandmother was a cheerful free spirit until, the elder woman believes, God punished her for her lusty appreciation of her conjugal duties by rendering her infertile. Elise's mother is so consumed with guilt over one night of premarital passion that she has retreated into permanent frigidity. The piety of these mothers is eventually visited upon the daughter -- young Elise grows up seeing visions and decides to become a nun.

While nobody in his right mind still believes in the Julie Andrews brand of sunny convent life, the convent depicted in "Altar Music" is so grim it makes Jane Eyre's orphanage look like a Carnival cruise ship. Stripped of the comforts of family and friends, deprived of her music, Elise loses her identity and nearly her mind as well. There's suicide, sexual and physical abuse and the nearly constant suffocation of the most natural human impulses. Being a bride of Christ is no heaven on earth.

Writing with the vehemence of someone convinced she's bringing the truth to light for the first time, Weber displays a baffling naiveti. Contemporary literature is brimming with the broken taboos of yesterday. How disappointing, then, that "Altar Music" relies on hackneyed scenarios of sexually confused clergy, tearfully shared secrets and sisterly empowerment. We never see much of Elise beyond her talent and her propensity for being manipulated. And, sadly, she's the novel's best-drawn character; around her is a coterie of simplistic villains warped by misguided Catholicism and their own brutal histories, with a token handful of sympathetic types thrown in.

As tragedies pile up, Weber strains to point out that beauty and love can still prevail, and Elise makes her own peace with the crummy hand God has dealt her. It's perhaps an attempt at a more pliant view of the divine plan, but "Altar Music" is so full of horrors that the notion of divine benevolence falls flat. The Lord may move in mysterious ways, but it's hard to accept him as the hero of a story in which his every maneuver has him resolutely squashing its other characters.