How to see the West by train, visit France at the right time and find a bed at the New Orleans Jazz Fest. 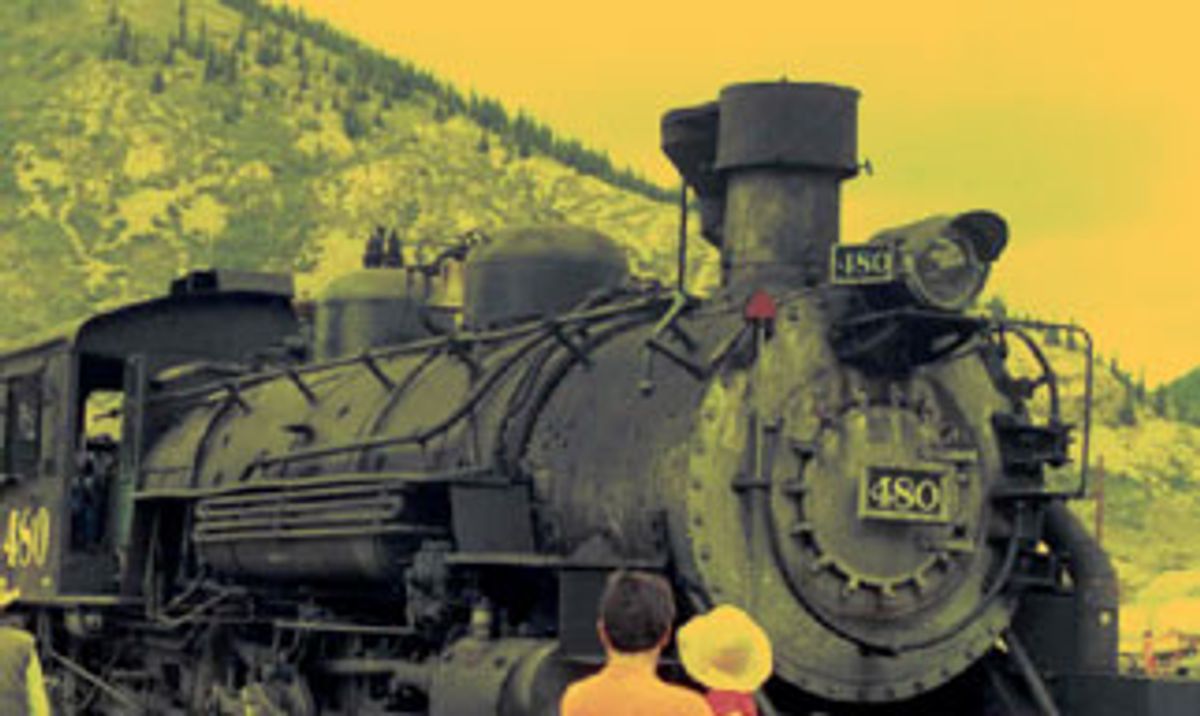 This summer we'd like to see scenic Colorado and Arizona, including the Grand Canyon, by train. What's available?

Rail lines cut through Colorado like rich veins of ore, and several tourist trains also can be found in the other Four Corners states -- Arizona, Utah and New Mexico. Besides Amtrak, narrow-gauge railways meander through the mountains on extremely scenic routes.

In southwest Colorado, the Durango & Silverton Narrow Gauge Rail Road makes daily round trips between the two towns in its name. Contact the railroad HQ in Durango, Colo., at (303) 247-2733. The train has open-sided cars, as well as parlor cars and coach cars. You can make the round trip by train, or take a faster bus connection in one direction.

In northern New Mexico, you can board the Cumbres & Toltec Scenic Railroad in the tiny town of Chama. A 64-mile route goes over Cumbres Pass and through the Toltec Gorge and two tunnels to Antonito, Colo. Several itineraries are available. For information, call (800) 317-0471.

Amtrak's California Zephyr and Southwest Chief trains also cut through this part of the country. The two-level Superliner trains have "sightseer lounges." The Southwest Chief rolls across Arizona, with connecting bus service from Flagstaff to the Grand Canyon. Phone (800) 872-7245.

The most complete guide to tourist railroads that I've seen is the "Steam Passenger Service Directory" published by the now-defunct Locomotive & Railway Preservation magazine. The directory, last revised in 1996, lists all such railroads in the country, including 10 in Colorado, three in Arizona, one in Utah and one in New Mexico. You'll have to look for it in libraries or used-book stores, as it's no longer in print. A listing of many railroad-oriented publications is at the Roundhouse Products site.

A newly revised guidebook that includes the tourist railways of the region you're interested in is "Journey to the High Southwest: A Traveler's Guide to Santa Fe and the Four Corners of Arizona, Colorado, New Mexico, and Utah" by Robert L. Casey (Globe Pequot, 6th edition 2000).

When is the best time to travel to France? I'm not concerned so much with crowds, but am wondering about August as a vacation month for the French.

Three main considerations can help you decide when is the best time to go to France: weather, price and, as you mention, the vacation pattern of the country.

For strolling Paris, spring and autumn can be the most pleasant times to visit. But even in spring, chilly drizzle is no rarity. Weather forecasts for many French cities are at the Weather Underground.com site.

As for vacations, most of the French have at least five weeks off, and the urban population tends to take most of it between mid-July and the end of August. They head for the beach, villages and resort areas, resulting in overcrowding there, while leaving many restaurants and other businesses closed in the city.

School holidays, particularly around Christmas and in February and March, are periods in which resorts are also packed with French tourists. A listing of these holidays is found on the French Government Tourist Office site.

Airfare and hotel prices are highest during the peak season, mid-June to early September. Early in the year, and continuing even now, you can find some great airfare deals -- under $300 to Paris from the East Coast -- by watching the many Web sites with airfare engines and fare-watching features. During peak season, expect to pay more than $600 for a coach seat.

The past few summers have seen a surge in airline bookings to France and a shortage of seats for those who wait too long to make reservations. Those who wait will find themselves paying top dollar or having to fly to another European capital for connections to Paris.

Among sites for spotting good Paris fares are
Travelocity.com,
Expedia and
1Travel.com.

My wife and I and another couple are planning on going to the jazz festival in New Orleans for a few days. What part of town should we try to stay in? Is there anything we shouldn't miss?

This year's New Orleans Jazz & Heritage Festival is scheduled for April 28-May 7, with more than 4,000 musicians, cooks and craftspeople sharing their talents, cultures and heritage with locals and visitors alike.

New Orleans has many other attractions, of course, some of which are overwhelmed during the Jazz Fest, when people crowd into restaurants, music venues and everywhere else. Many people like the idea of staying in the French Quarter, but other popular lodging sites are the Garden District and across the river in Gretna. The most convenient hotels tend to fill up, but it's not unusual for cancellations or blocks of space to open up as the festival dates approach.

Keep in mind that some residents rent their homes or town houses to visitors during the festival period. Your best bet for finding these is checking Internet bulletin boards, or working the phones -- if a B&B or carriage house owner has no room, ask if that proprietor can recommend another who might have space. The festival Web site has lodging and other links.

The New Orleans Metropolitan Convention and Visitors Bureau also has a packet of festival information, including sightseeing information and housing sources. Call (800) 672-6124. Other sites worth checking are InsideNewOrleans.com and BigEasy.com.

A recent column on places to swim with dolphins brought this comment from reader D.L.:

Another place to do this in the Bahamas is Dolphin Encounters near Nassau. This is actually a self-contained dolphin sanctuary, with different levels of programs available. My wife and I visited it on an excursion from the nearby Club Med, and had a great time.