Why to love Brussels

What the future capital of United Europe owes to one intense night of opera. 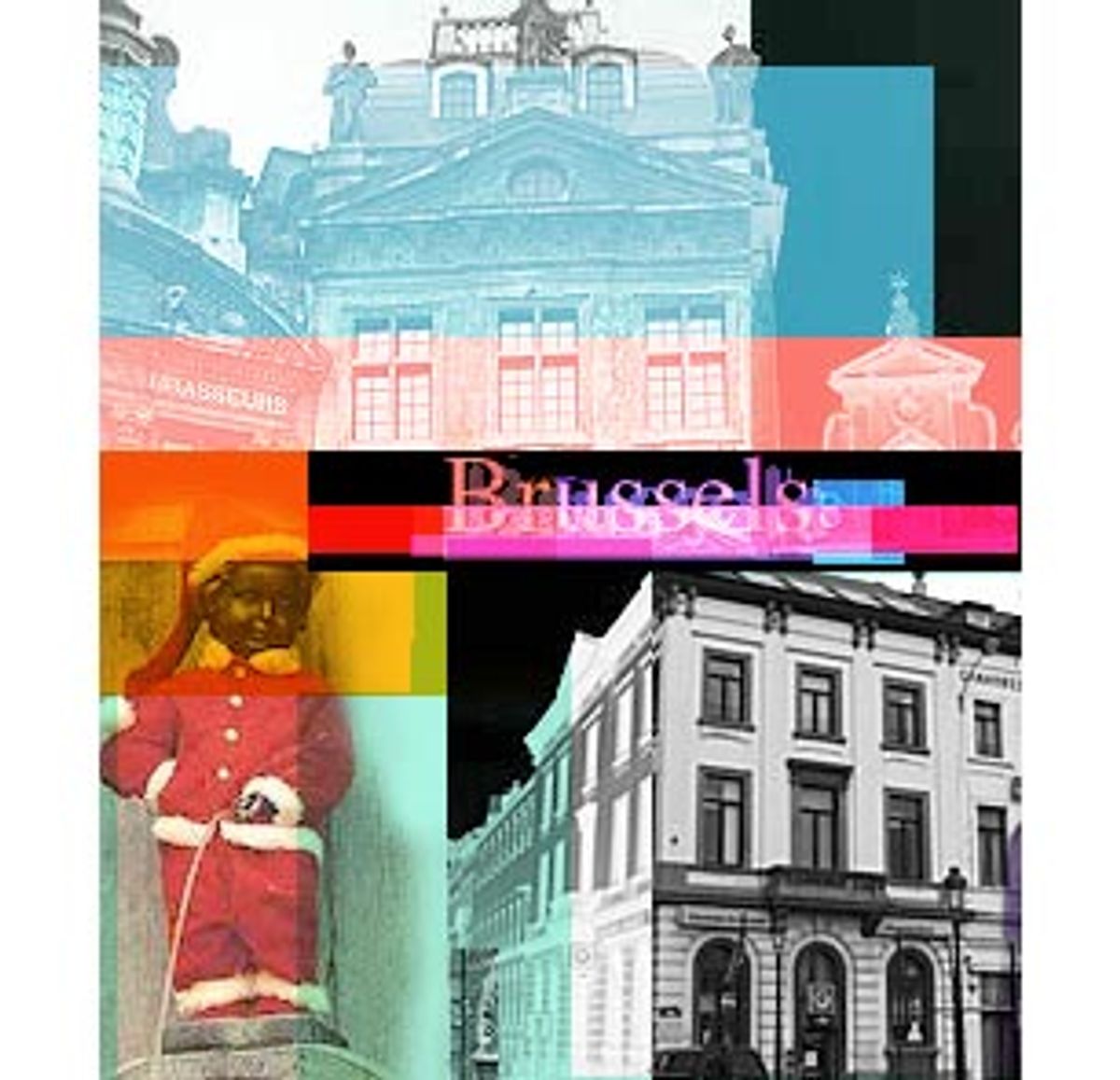 Brussels, the capital of Belgium, is also the capital
of what is trying to become a United Europe, and it is
an ideal city for the honor. The population of Belgium
is made up of three different cultural groups that
speak three different languages -- French, Dutch and
German. The country's people are polite, tactful and
neighborly, making it perfect for the capital of a new
Europe and ideal for a visiting tourist.

The revolution of 1830 that produced a free and
independent Belgium started one evening in the
Brussels Opera House. The opera being performed had an
aria in which a singer cried, "Far better to die than
to live in slavery. Away with the foreigners!" It was
the perfect spark: The audience got up, walked into
the streets and began the revolution that got rid of
the Dutch.

To ignite a revolution with an opera is surprising,
but so are many other things in Brussels. Brussels is the
headquarters of NATO and home to more than 1,000
international corporations. It is sophisticated and
cosmopolitan and, at the same time, filled with
historic sites. What's more, the people are helpful,
are generally fluent in English and enjoy speaking it
with Americans.

The most famous symbol of Brussels is the Manneken
Pis, a bronze fountain in the form of a naked boy
urinating into a bowl. Constructed in the early 1600s,
the statue is said to deliver a central message: The
people of Brussels are courageous, they have stood up
to oppression and this is their attitude toward
oppressors.

In 1746 a group of French soldiers stole the statue.
The king of France was in town at the time, and was so
annoyed and embarrassed that he had the soldiers
arrested and imprisoned. The statue was returned and
declared a "Knight of St. Louis" -- which meant all
the French soldiers had to salute it.

The king also gave the statue a uniform of gold
brocade, an idea that caught on: Today there is a museum with more
than 600 costumes for the statue, which is dressed up for special occasions
including Carnival, Dracula's birthday, Mozart's
birthday and even Elvis' birthday.

The Manneken Pis museum faces out on the Grand Place,
one of the world's great squares. It was once the
main marketplace for the city, a fact echoed in
the names of the streets that lead into the area:
Butter Street, Meat and Bread Street, Herring Street.
During the 1400s, the Hotel de Ville was built on the
square as the center for the local government, and the
food market became less significant.

On the first Thursday in July, Grand Place is the site
of the Omegang pageant. Over 2,000 costumed
participants parade past the king of Belgium. The
event dates from 1549, when it was first presented
to King Charles V.

By the mid-1500s, Belgium had become the lace-making
capital of Europe, with Brussels as the center of the
business. More than 10,000 people in the city,
mostly young women, were employed in production, and the
streets surrounding the Grand Place now contain dozens of
shops selling Belgian lace.

Lace making used up so much of the available labor
pool, however, that it soon created a shortage of serving maids.
This was unacceptable to the wealthy families of
Belgium, so a law was passed: Lace could be
made only by girls under age 12.

The handiwork of Brussels' lace makers was considered the best -- displaying the finest threads and the most beautiful designs.
During the past
100 years, the fashionableness of lace has declined, and
today it is but a special-interest item. Fortunately,
there's still quite a bit of interesting lace in
Brussels.

Brussels has some of the most elegant shopping areas
in Europe. One of the most charming, dating from 1847, is just off the
Grand Place. Known as the
Royal Arcades, it consists of three galleries
covered with glass roofs and lined with trendy
shops.

If you're just looking, then try the museums. Brussels
has dozens of interesting collections and exhibitions,
and three of the most interesting are right next to
one another. The Museum of Art and History is one of
the most significant in Europe -- covering the entire
history of art, it offers outstanding examples from almost
every period.

The museum has a fascinating collection of church altars that were made in Brussels and Antwerp during the 16th and 17th centuries. At the time, a painter was paid three times more than a sculptor, so sculptors working on a church needed to supplement their earnings and one way to do that was to carve altars.

The Royal Army Museum and Museum of Military History has weapons and equipment covering centuries of European conflict, including more than 300 vintage aircraft. And Autoworld, just next door, is a trip: You can trace the history of the motorcar from 1886 to 1975 -- with 450 cars from 12 countries.

The Royal Museum of Central Africa is also fascinating. During the 1880s, Belgium's King Leopold II took control of Africa's Congo basin, an area half the size of Western Europe, and ran it as his private property. He commissioned this museum to house his Congo collection.

Food lovers agree that some of the finest food in Europe is served in the homes and restaurants of this city. The major influences are French, but you can also taste the years when Belgium was ruled by the Spaniards and the Austrians. Belgians also make some of the world's finest chocolate.

Somewhere between a soup and a stew, waterzooi is one of the most famous dishes. Chicken is poached in a broth of aromatic vegetables and saffron, and finished off with a touch of cream.

Another Flemish classic is beef stewed in beer, served with boiled potatoes and beer.
Cubes of beef are browned with onions, stewed in rich Belgian beer and then flavored with a touch of red currant jelly and red wine vinegar. The jelly and the vinegar give the dish a sweet-and-sour edge.

The Belgians' love of cooking with beer shows up again in a dish of braised chicken and endive. A popular family meal, it's often served as soon as the first endives come to market in September.

A specialty of the town of Liege is a warm green bean and potato salad with a bacon vinaigrette. Still hot from cooking, the potatoes and beans are mixed with freshly sautied bacon, then dressed with a warm vinaigrette.

These days the chefs of Belgium travel around the world looking to modify their approach to cooking. As a result, many traditional distinctions are disappearing. But some constants remain.

Belgian seafood is always important, especially mussels, and the arrival of the herring run each year is announced in every menu. The most famous dish in Brussels is steamed mussels with fried potatoes. The fried potatoes are a favorite; until the '70s, there were Belgian Fry stands all over town, and one, near the site of the 1958 World's Fair, remains open. Belgian waffles, freshly made in storefront shops, are the most common street food.

Brussels has also had a long-standing relationship with the cookie. The best place to witness it is the Dandoy shop in the old city, run by the Dandoy family since 1829. Their most famous cookie is called a speculoos (from the Latin word for "mirror"), made with a hand-carved wooden form in the image of St. Nicholas. A type of gingerbread, it is traditionally given to good children on St. Nicholas Day, Dec. 6.

When it comes to drinking in Belgium, beer is the national choice. A Benedictine monk who was canonized as St. Andrew is credited with spreading brewers' skill throughout Belgium. Wanting to know why wealthy people had a longer life expectancy than the poor, St. Andrew eventually decided it was because the wealthy drank beer, in moderation, rather than water. And he was right: At the time, water had so many bacteria it could kill you.

The heat in the beer-brewing process killed many of the bacteria and made beer safer to drink than water. Today Belgium produces more than 600 different beers, some of which have been chosen as the best of their class worldwide. Two of the most unusual are the cherry-tasting Kriek and the raspberry-tasting Framboise. Brewers say that organisms in the air around Brussels give these beers their uniqueness and that they couldn't be produced anywhere else.

You can try these beers in an old, noisy, smoky -- and totally authentic -- cafe called Mort Subite, translated as "sudden death." Years ago the Kriek at Mort Subite had a high alcohol content, but it tasted just like cherry juice. A thirsty guy could easily drink two or three glasses, try to stand up and then fall to the floor, dead drunk.

For a look at life at the top of the gastronomic scale, pay a visit to Comme Chez Soi, which means "like our place." One of the top culinary destinations in the world, it has almost as many chefs as patrons. The table to get -- and you must ask well in advance -- is the one in the kitchen. It gives you the feeling that the entire staff is devoted just to you.