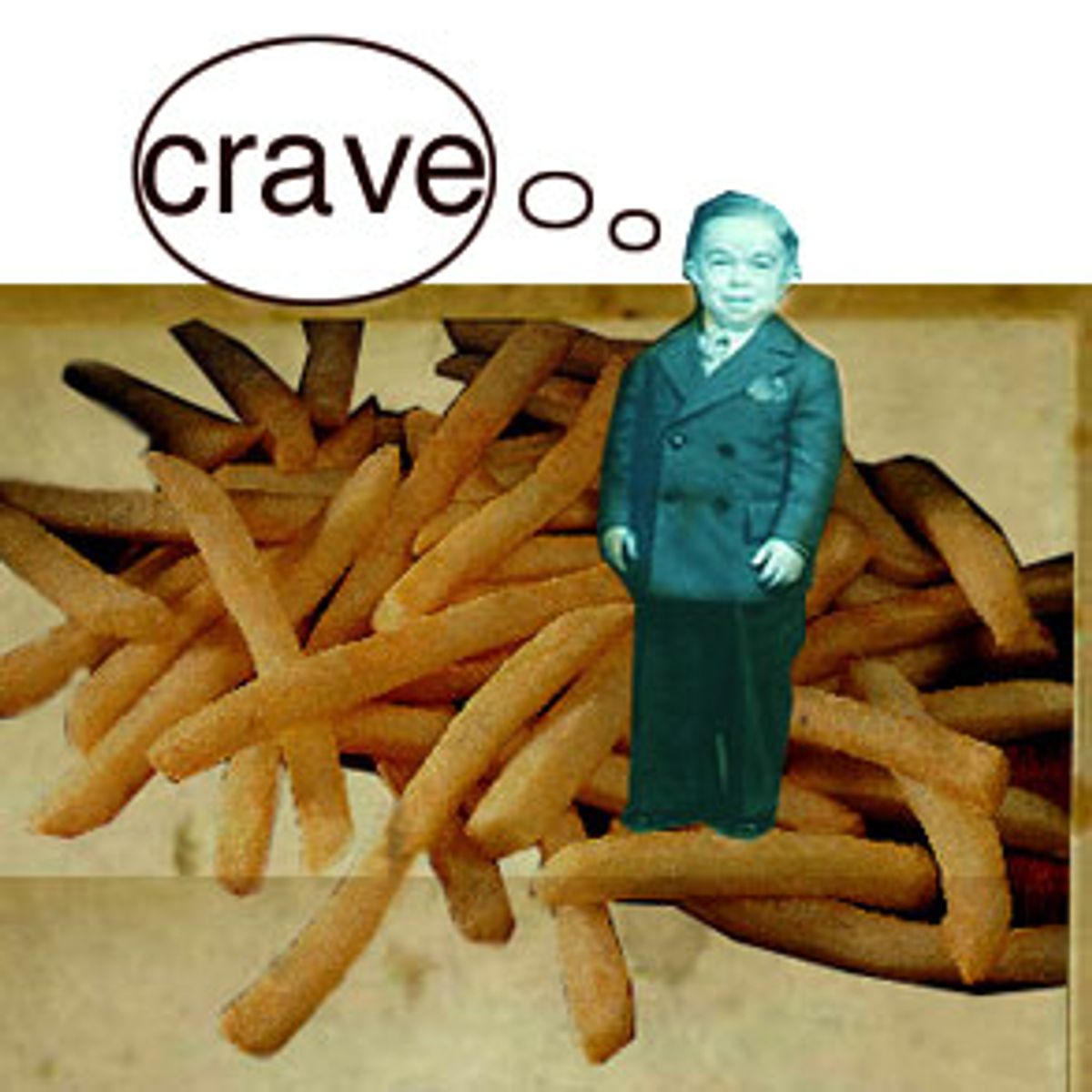 Though keen to emphasize the mouth-watering pleasures of Long John's crispy fish, shrimp basket and thick, hand-cut, home-style fries, Thomas felt strongly that the advertising shouldn't "just be a beauty shot of food," he said. "We're trying to build a brand here. There's got to be a bigger vision involved."

Or a smaller one. The new TV spots, unveiled last week in selected cities, feature dancing dwarves in pastel bodysuits. The dwarves, whose outfits carry such dish names as "Shrimp Basket" or "Chicken Plank," are meant to represent the "little cravings" people have for Long John Silver's. One ad shows a surly looking dwarf, labeled Shrimp Basket, clinging to a man's pants leg.

What was Fallon McElligott thinking? According to Rich Stoddard, who supervises the account for Fallon, the ads were meant to target "heavy food users," ages 25-49 and predominantly male. "We call them variety seekers," says Stoddard. "They enjoy different things in life. Different leisure experiences. Different food experiences ... We had to find some way to connect with this group of consumers." After conducting numerous focus groups with these fickle gastronomes, "we started to see a pattern," Stoddard says. "The pattern was the word 'craving.' People kept saying that the taste of Long John Silver's food was a taste that they found themselves craving. And we realized: Here's our hook. Here's a way to really establish some positioning for the brand."

But how to evoke the abstract quality of deliciousness? How to make the consumer, sitting on his sofa, experience something as subjective and untranslatable as the flavor of crispy fish or a sizzling steak platter? For Fallon, the answer was simple -- use dwarves. "We wanted to take the idea of 'little cravings,' and bring it to life symbolically," Stoddard explains. "As far as personifying the cravings, we thought it was important to use professional actors. We knew the takes would be better. The quality of the interactions would be better." Did Stoddard ever consider employing children instead of dwarves in Spandex. "No, no," he says. "We were looking for real acting ability. Kids are totally unreliable."

Charlie Thomas, Long John's VP of creative and promotion, had great expectations for the campaign. "We saw it as a magical message that would really connect with consumers," he said. "Humor is important in fast-food advertising ... We were trying to find a way to connect people to our brand." The hope, he says, was that the prancing dwarves would become proprietary characters in their own right, teeny-weeny ambassadors of the Long John brand. "Sort of like the Taco Bell dog," he says wistfully.

So far, it hasn't quite worked out that way. This week's Adweek reports that the campaign is being "revisited" following a negative reaction from some franchisees. "Dancing Midgets as 'Little Cravings' Garner Mixed Reviews," read the article's unpromising headline. The Adweek piece went on to suggest that the account may be "creatively adrift."

The problem, Charlie Thomas says, was with local franchise owners. "Some of them had a different idea of what the cravings were going to look like," Thomas told me. "The way they looked in the ad was not how they had envisioned it." How had they envisioned it? "Just not like that," he said.

With the dwarves put out to pasture, Fallon is scrambling to develop new executions around the "little cravings" theme. Meanwhile, industry rivals sense an opportunity to cut Long John Silver's down to size. Employees at J. Walter Thompson, the agency for White Castle, contend that the problem isn't diminutive actors, it's the strategy -- a strategy they find suspiciously similar to White Castle's tag line of "What You Crave."

"They've come out with this 'Little Cravings' positioning," complains David Maas, an account planner at JWT-Detroit. "Never mind that there's already a restaurant that has used a positioning tied to the word 'crave' for about seven years now ... The problem isn't the midgets. The problem is that it's a White Castle word. It's not a word they can stake an ownership claim to." In a telephone interview, Jamie Richardson, director of marketing at White Castle, attempts to put the dispute in context. "Throughout our history," he tells me, "we've had legions of cravers who've allowed us to come to our positioning quite naturally. They talk to us about the craving. How nothing else can satisfy the craving for that one-of-a-kind steam-grilled taste."

"They share their stories with us. Their crave tales, if you will. I just got a letter about one craver in St. Louis. This gentleman took his craving quite seriously: His dying wish was that his funeral procession go through the drive-through at White Castle."

"And so," Richardson says, "it's a positioning we've come to quite naturally. It's something we have a lot of equity in. Others," he says, his voice hardening, "may not come to it quite as naturally. It's understandable that they may have some difficulty."

Richardson turns philosophical. "Or," he says, "it could just be the midgets. You've got to be careful with midgets in Spandex."