A hand in the dark 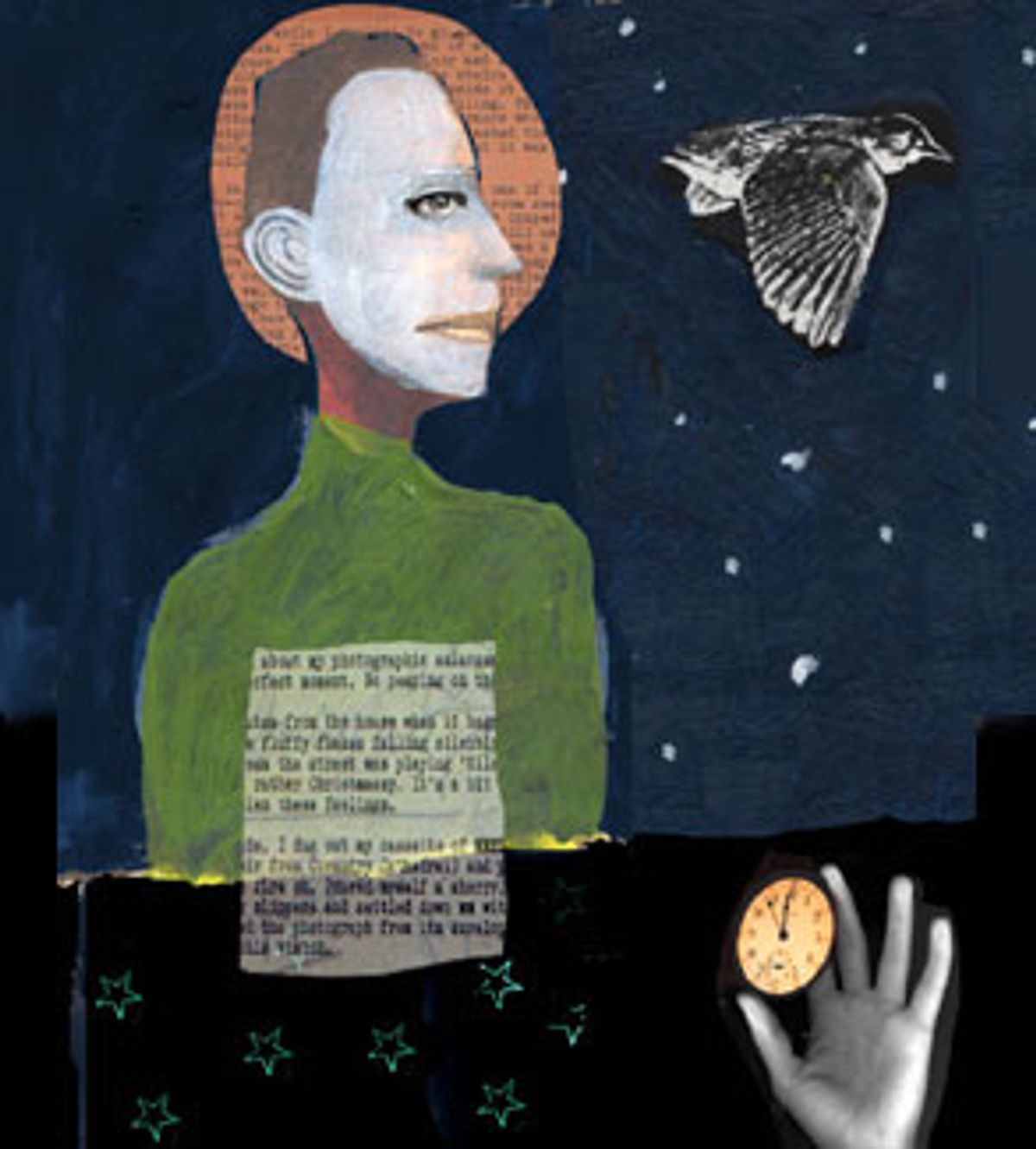 Turn-on, indeed! I had been turning, and raging, against the warm night since 2 a.m. Sometimes desperate, sometimes playing for time: Getting ready to write something is a lot like foreplay. You see, in 30-odd years of what is called professional writing, I have only stayed alive by leaning more and more on the deadline. "When do you want it?" I ask an editor. That means so much more than how long, or how much? My ideal state of exhaustion and exhilaration is to find the shape of a piece in the last hour. This is madness, a terrible habit to fall into, a worse one to be proud of, along with the delusion that you do your best stuff a little later than the 11th hour.

At any event, there I was, with snakes for bedclothes from all my twisting and the patient, beloved voice in the darkness saying, "Why don't you get up?" as in "For God's sake, could you let me get a moment of sleep?"

Does anyone write properly now about the sounds and rhythms of exhaustion? That state in which we are giddy, giggly, feeble with the loss of control? I meet more and more people who are going that way. And they say, "Do you find time to read?" and I answer "It's all I can do to find time to write!" The madness, always advancing. I wonder if this might be something for the new ...

A hand, a hand in the dark, sorting out the stir and stew of roiled bed clothes. It was still so dark, I could not see so much as feel the elegant, feline movements Lucy was making, so silent, so sure. I could hear the foghorn out on the Bay -- it had been such a still day before. Earthquake weather, they say. I thought of Russian submariners, searching out the last bubbles of air. And pretty much to order and form -- youthfully even! -- I found that I was, as Jim Harrison wrote once, a goner.

Then my wife's face came up from the gloom like a drowned face and kissed me and said, "Now, go and write it, there's a dear."

So I went downstairs contriving not to bang into all the chaos in my office -- I know where it all is -- just scanning the new day's Times on the way to see that Mrs. Cheney (the worst thing about this election) thinks that something is despicable and terrible. So be it: I'll take her recommendation.

And I found paper and pen -- a yellow legal pad (I can't do it without a yellow pad), and I wrote it down more or less as it happened. And typed it up on the machine, the letters quivering like newborn insects. And I'll send it as fast as I can, so it'll be there first thing, and maybe I'll be back in bed by then, next to Lucy.