Woof! There it is! 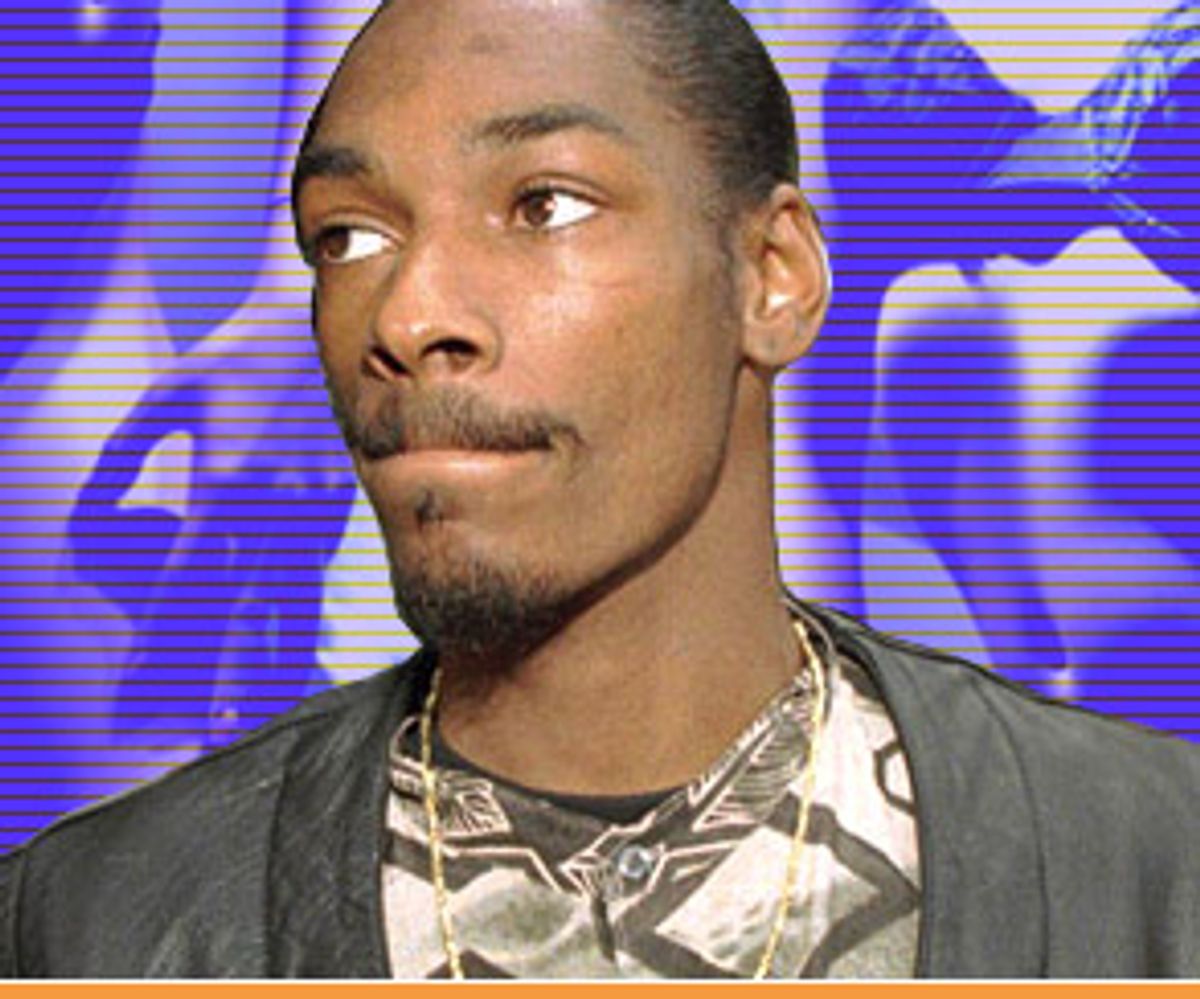 Order up the Spice channel sometime and you'll see the diligent men and women of adult entertainment humping valiantly away to the lamest music ever recorded -- chilly, A Flock of Seagulls-era synth beats and festive, Spanish game show-worthy jingles. But now, at last, someone is giving a little something back.

When Snoop announced a few weeks ago that he was teaming with Hustler magazine and hip-hop video director Michael Martin to release a series of X-rated titles, the enterprise seemed at once inevitable and surprising. Snoop, a man for whom the Parental Advisory sticker was invented, has never made a secret of his appreciation of "bomb-ass pussy."

But it's still a bold leap from a little rump-shaking in your videos to full-Monty money shots.

The action alternates between performance clips and hardcore sex, all to the persistent, expletive-peppered beat of Snoop's own raps. Interspersed at random are the video's most original segments -- plugs for Snoop's "Freak Line" phone sex service and a little fashion show for his new K-Nine clothing line. Clearly, the entrepreneurial Snoop is aiming to go large, Puff Daddy-style.

Well, except in one key area. You've probably seen this or that rock or rap "performance video." How strange that the ostensible star here refuses to perform himself -- the guy works the room without ever working his mojo. How uncharacteristically modest of him.

The effort may win neither MTV nor AVN awards, but it's the nicest offer nastiness-deprived music fans have had in a dogg's age.