It's the Return of the Attack of the Mutant Rednecks! 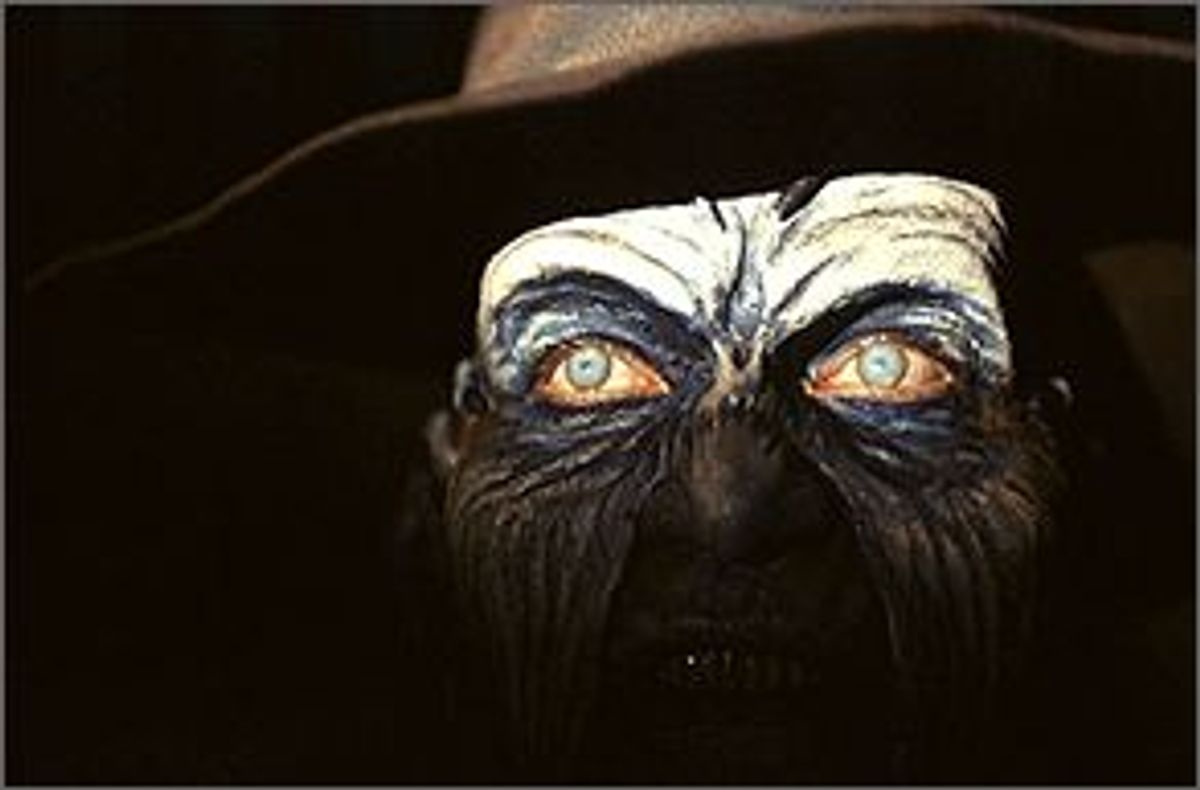 I've been waiting since around 1982 for the return of the Attack of the Mutant Rednecks genre, which brought us such classics of bourgeois paranoia as Tobe Hooper's "The Texas Chainsaw Massacre" and Wes Craven's "The Hills Have Eyes." There are of course many other examples likely to show up on the USA channel after 2 a.m.; don't miss "Terror on the Beach" with Dennis Weaver the next time it's on. Some people will tell you that this genre is essentially the same as Attack of the Evil Peasantry ("The Wicker Man," "The Crimson Cult") or Attack of the Dour New Englanders (Hooper's miniseries "Salem's Lot"). Such people, I say, are spreading bosh, balderdash and hokum.

Speaking of hokum, Victor Salva's "Jeepers Creepers," which some horror aficionados have gotten overexcited about, gets off to a great start and then simply shuts down, like an awesome vintage car on an ambitious road trip. Teen siblings Trish (Gina Philips) and Darry (Justin Long) are in fact cruising the back roads of nowheresville (actually central Florida) in their old Ford Galaxie, on their way home for spring break, when bad things start to happen. Come to think of it, it's the same stretch of highway where their high-school chums Kenny and Darla disappeared or were decapitated or something!

Every mutant redneck monster needs some terrifying gear, and the creepy-looking dude in a raggedy overcoat who starts terrorizing Trish and Darry has a souped-up old panel truck, its paint stripped to the bare steel and its front grille offering a skeletal grin. Sure, the evil-vehicle thing has been done before (never better than in Steven Spielberg's early "Duel"), but this roaring, rusted behemoth with its throaty submarine-klaxon horn provides the only genuine hair-raising thrills to be found in "Jeepers Creepers." (Unless you include the irrelevant but titillating fact that director Salva once did prison time for molesting a 12-year-old boy.)

When Trish and Darry see the truck's occupant throwing bloody, human-shaped bundles down an old steel chute into a church basement, they decide, naturally enough, that the prudent thing to do is stop and investigate. Trish observes that this is the point in scary movies where the victims do something incredibly stupid, but in the wake of the "Scream" films and their numerous offspring this level of self-awareness won't impress anybody either in the movie or watching it.

Inevitably, Darry winds up down in the basement making some routine horrific discoveries: random torture and dissection equipment, a living-dead male model, a Sistine Chapel-style ceiling made either of mummified human bodies or inflatable love dolls. Kenny and Darla are down there, of course, lovingly preserved for all eternity. Virtually paralyzed by fear, Darry has to find a way out of this dungeon, and isn't that the proprietor's truck (license plate: BEATNGU) appearing on the horizon while Trish isn't looking?

Actually, it isn't; Salva allows his characters to escape from the monster's domain and go to the cops, which might seem like an interesting gambit but actually dooms his story to terminal drift. All the easygoing chemistry between Philips and Long, which makes Trish and Darry seem both believable and likable in the early scenes, evaporates in a hectic chase plot that never gets anywhere. As for the murky question of who or what the nefarious Creeper (Jonathan Breck) is, that requires the intervention of an all-knowing, exposition-spouting psychic (Patricia Belcher), not once but twice. "I don't know if it's a demon or a devil or a dark, hungry thing," she intones meaningfully. Well, thanks for clearing that up.

Other than some impressively gooey old-fashioned effects used to create the Creeper himself -- a cross-breed of Freddy Krueger and Pumpkinhead, with a little biker, Gothic gargoyle and sea captain thrown in -- the second half of "Jeepers Creepers" feels like time and money wasted padding an undercooked premise to 90 minutes. We get a random scene involving an old lady with a lot of cats, which the psychic claims is highly significant. (It strongly resembles a scene from the TV film of Stephen King's "The Stand.") The Creeper invades the police station where Darry and Trish are sheltered and begins knocking off incredulous cops one at a time, "Alien"-style, but this set piece, like the whole movie, just sort of squanders its ominous atmosphere and quits.

Maybe we're supposed to think the kindly psychic lady is really a tool of the Creeper's, rather than just a lazy screenwriter's back-story delivery system, but I can't be sure. She assures Trish and Darry that when they hear the innocuous oldie song of the title, it means "something so terrible you can't even dream of it." Actually, the song, like the supposedly symbolic cats and crows crawling all over this film, doesn't seem important in the least and is never explained. And while it's true that making part of a decent redneck horror film and incompetently blowing the rest of it off is a profound tragedy, even I can imagine more terrible things.