A Muslim born in India, a woman traveling alone in Pakistan, a Westerner covering the war against the West, Asra Nomani sees the fault lines of the post-Sept. 11 world from many angles. 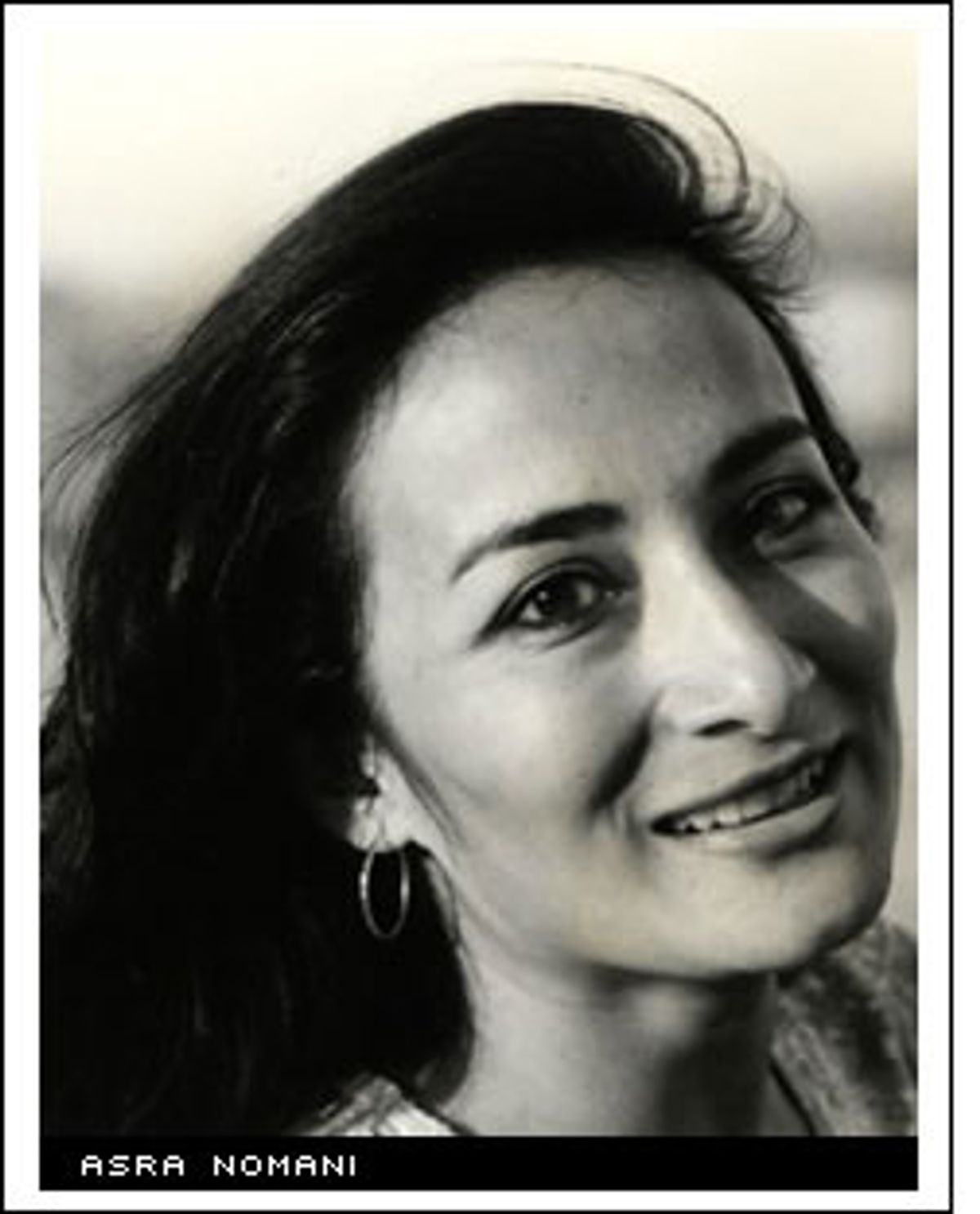 Salon is proud to introduce Asra Nomani, our Central Asia correspondent who recently arrived in Lahore, Pakistan. Nomani will cover the intensifying war against terrorism from the region, with frequent news and culture dispatches for Salon.

A staff reporter with the Wall Street Journal, Nomani is on leave to write her first book, about the ancient art of Tantra, to be published by HarperCollins next year. But when she got the news about the Sept. 11 attack on the Pentagon and World Trade Center, by terrorists immediately assumed to be linked with Saudi exile Osama bin Laden, she knew the conflict would draw her back to the region.

A Muslim born in India, Nomani grew up in Morgantown, W.Va., where her father helped start Morgantown's only mosque. She traveled to visit family in Pakistan at 18, wanting to learn more about her religion and culture, and later returned for marriage. As an Indian-born Muslim, a woman traveling alone in Pakistan, a Westerner covering the war against the West, Nomani is well situated to describe the fault lines of the post-Sept. 11 world from many angles.

In her own words: "To go back now, and report on a country -- a faith, really -- under extreme scrutiny from the entire world, I would have to journey again to Islamabad, this time without the silence I accepted as a new bride. This time, with a voice. I will eventually go again to where I spent my wedding night, the Islamabad Marriott, now the hub for foreign journalists covering the war. And in the process, I'll try to report not only what is happening on the ground in a country that warily, but dutifully, is supporting its ally, the United States, but also try to figure out this emerging conflict between cultures, East vs. West, Muslim vs. the world, it seems, that has become a subtext of this entire battle."

Salon welcomes her singular voice to the many struggling to make sense of those conflicts in the weeks and months to come.