"American Beauty" meets Bergman in this note-perfect masterwork on a modest, human scale. 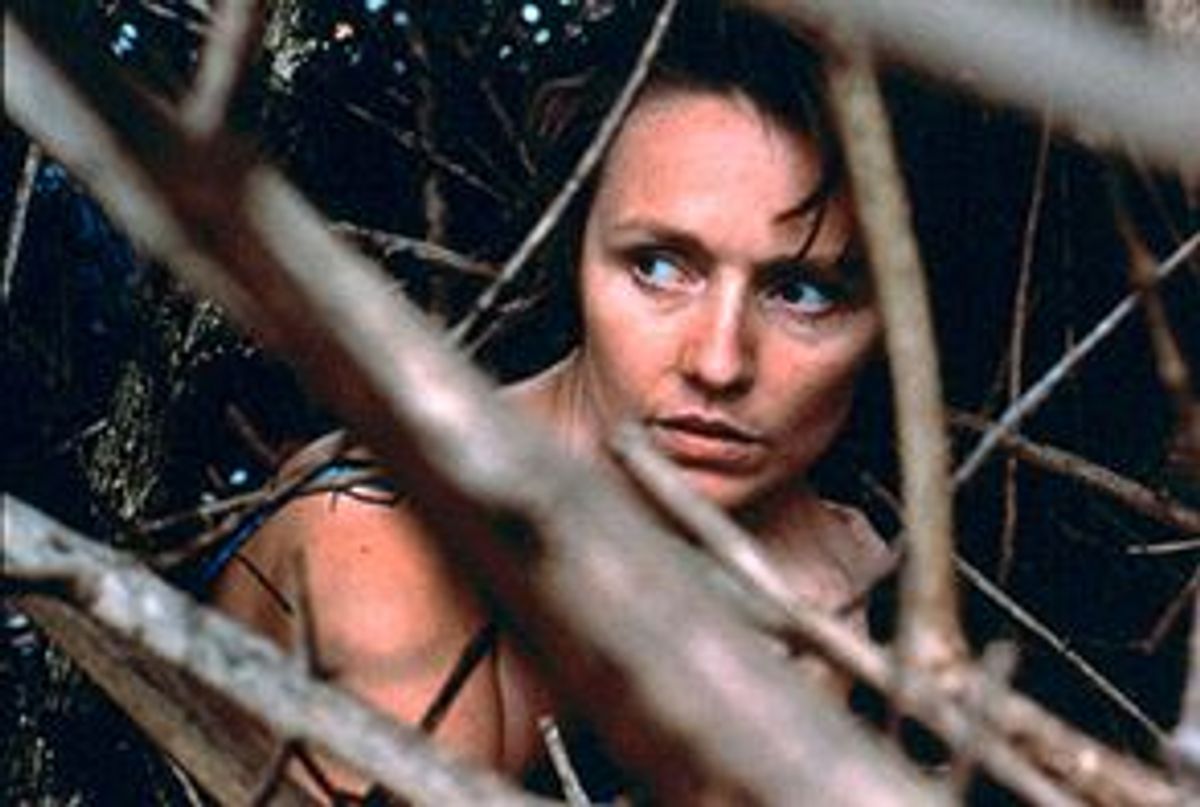 As "Lantana" begins, a crawling camera traverses the body of a dead woman, lying in semitropical underbrush. (It's a thicket of the Australian flowering shrub that gives the movie its name.) This seems like conventional foreshadowing; as we watch this tightly crafted tale of marriage and infidelity in contemporary Sydney unfold, we keep wondering which of the film's women will end up the victim of a crime of passion or a serial killer or a date gone awry.

You can't call this corpse a red herring, exactly, but it is a deft act of misdirection, maybe the central one in a movie full of them. A more important opening scene comes next, as we watch a middle-aged man and woman having passionate sex and then searching, without success, for the woman's missing earring. "I'm just fond of them," she says idly, "because my husband gave them to me." We don't know who they are yet, but we soon find out: Leon (Anthony LaPaglia) is a tormented police detective who feels estranged from his wife; Jane (Rachael Blake) has left her husband and spends the days drinking alone and dancing to salsa music turned up disruptively loud.

There is tragedy and death in "Lantana," but it isn't really a thriller despite its neo-noir furnishings; the mysteries it investigates are more difficult to solve than any murder. Elegant but never overstated, sinister but never coldhearted, this is a note-perfect masterwork on a modest, human scale. Imagine "American Beauty" crossbred with Ingmar Bergman's "Scenes From a Marriage" and transposed down under, except that "Lantana" has a cool sense of tragedy and surprising reserves of passion that are all its own.

From the distant perspective of North America, Australian cinema has seemed pretty quiet since the days when Bruce Beresford and Peter Weir first attracted the film world's attention. Every few years something would happen, like the emergence of the defiantly insane Baz Luhrmann ("Moulin Rouge," "Romeo + Juliet"), or "The Adventures of Priscilla, Queen of the Desert," to remind us that there was a reasonably sophisticated English-speaking culture we knew almost nothing about down there on the other side of the world.

So I have no idea who director Ray Lawrence is, exactly, or where he's been hiding since his previous feature, "Bliss," was released 16 years ago. But "Lantana" is a mature and accomplished film, beautifully photographed without being showy, that uses the noir language of gradually enveloping menace -- the music, the unexplained events, the vibrating network of coincidence -- to reach a destination that's finally much more interesting. (The cannily structured script is by Andrew Bovell, adapted from his stage play.)

LaPaglia (actually a native of Adelaide, despite his long Hollywood career) is terrific as the repressed, depressed Leon. Who knew he was a great actor and not just a character mug? But Lawrence is especially drawn to the women in his cast. I have rarely, if ever, seen a film that rendered the faces, eyes and figures of middle-aged women with such profound affection and unapologetic eroticism.

From Blake as the frazzled, fraying Jane to Kerry Armstrong as Sonja, Leon's wounded but dazzling wife, to Barbara Hershey as Valerie, who among other things is Sonja's therapist, the women of "Lantana" are not the carnivores and victims of noir. Instead they're impassioned, full-blooded characters; if their judgment is not always excellent, they are understandably confused by the distant and disloyal men they thought were their life companions.

Leon has allowed himself to be lured into a halfhearted affair with Jane, who wants something more. Sonja's agonized discussions with Valerie begin to make the latter wonder about her husband, John (Geoffrey Rush in a small but crucial role), who seems to have drifted away from her since their daughter was murdered. Is her confrontational gay client (Peter Phelps) -- the one who says he's sleeping with a married man -- trying to tell her something?

After Jane is rebuffed by Leon, she insinuates herself into the lives of her blue-collar neighbors Nik (Vince Colosimo) and Paula (Daniella Farinacci), who seem to be the only well-adjusted couple in sight. But then two of the film's women wind up underdressed in ambiguous situations in the middle of the night, and, as advertised, one of them doesn't come home. So what's the object that loving husband and father Nik finds in his pickup and throws into the bushes? And who's the guy who bursts into tears after Leon crashes into him while jogging?

Unlike most thrillers, "Lantana" is not pulling wildly improbable switcheroos on its characters or us, or trying to convince us that life is a meaningless chess game played by sadists. For all its suspense and ingenious craft (it's no "Memento" on that front, but it's clever enough), its heart is full of slightly curdled romance, and its worldview is one for grownups rather than film geeks. As plodding investigator Leon gradually comes to understand, guilt is easy and there's plenty to go around. Responsibility, well, that's another story.