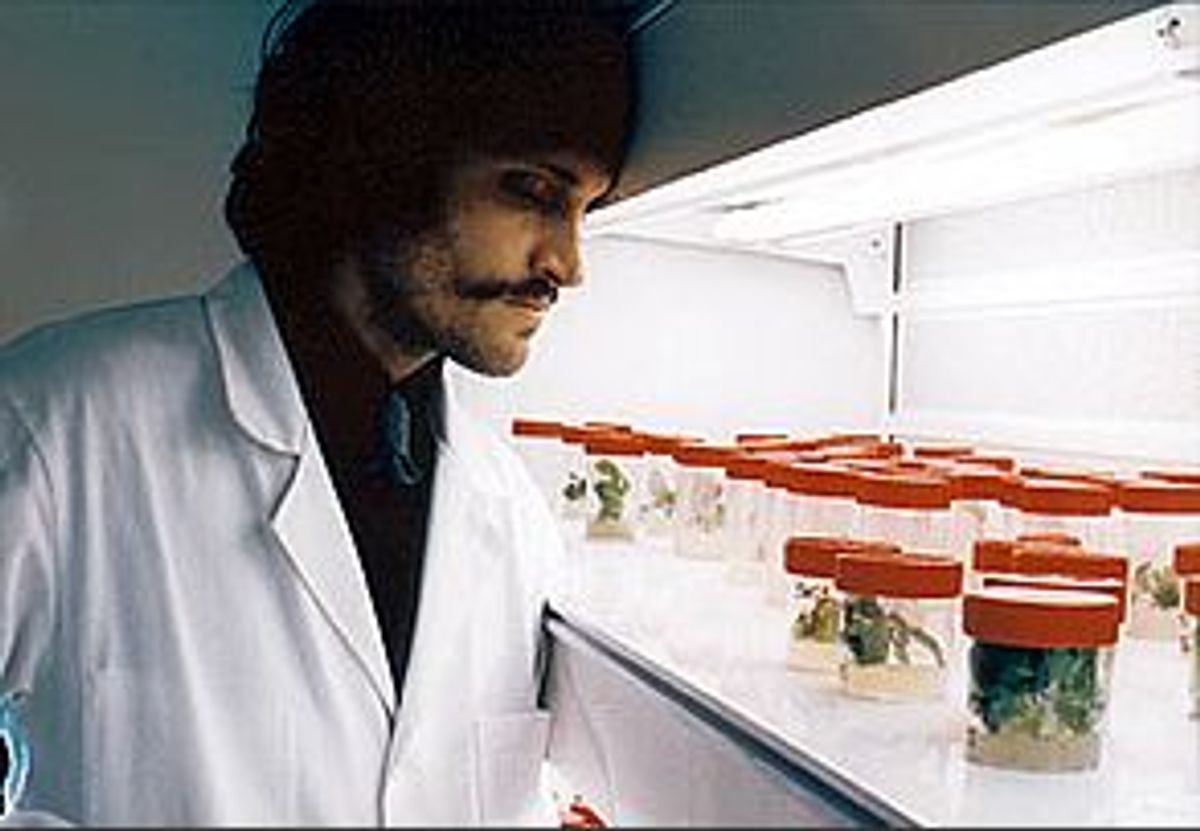 If we're seeing an unexpected renaissance of art movies from all over the world -- and I think we are -- then surely French filmmaker Claire Denis is one of this minimovement's patron saints. Her films offer elliptical narratives with little notion of closure, a languorous, often dangerous eroticism and a desire to inhabit and subvert the conventions of genre movies: mysteries, thrillers, romances. For the most part, "Trouble Every Day" is a moody, troubling work, masterfully photographed, that drifts from one gray Parisian incident to another in the rootless spirit of Wim Wenders and Jim Jarmusch, Denis' acknowledged mentors.

But be forewarned: "Trouble Every Day" has more in store than 1970s-style urban angst, its paranoid '70s-style plot about a dark scientific secret or, for that matter, star Vincent Gallo's '70s-style "Serpico" 'do. This is a sexual knife-twister, somewhat in the tradition of David Cronenberg's "Crash" (and, even more so, "The Brood") or Nagisa Oshima's "In the Realm of the Senses." Like those films, it's being released unrated by the MPAA, so most Americans outside big cities and college towns won't be able to see it at all, and when it appears on video Blockbuster won't carry it.

Watching "Trouble Every Day," at least if you don't know what's coming, is like biting into what looks like a juicy, delicious plum on a hot summer day and coming away with your mouth full of rotten pulp and living worms. I don't quite know whether the characters in this film are cannibals or vampires or symbolic representations of a diseased culture or some combination of the three. I do know that "Trouble Every Day" contains two of the most difficult scenes I've ever had to sit through: a pair of steamy, anonymous sexual encounters that degenerate into horrible crimes of violence -- lurid spectacles that would challenge the imagination of Herschell Gordon Lewis or H.P. Lovecraft.

As you can probably tell, I haven't made up my mind about "Trouble Every Day." It's the kind of movie that stays in your head a long time, nibbling at your cerebral cortex. But the thing that makes me confident that there's more going on here than exploitation or cruel, arty cynicism is Denis' wrenching sensitivity to pain. In both these scenes, when first a man and then a woman is gruesomely preyed upon by their respective sexual partners, what sticks with you more than the gore, or the sense of powerful, empty compulsion, is the terrible suffering.

I run hot and cold on Denis: I loved her two African films, "Beau Travail" and "Chocolat" (not the cute Johnny Depp-Juliette Binoche vehicle), was perplexed by the neo-noir "I Can't Sleep" and didn't see "Nénette and Boni." But there's no denying the seriousness and distinctiveness of her craft. Like David Lynch, she deals in the dismembered signifiers of Hollywood; in the first few minutes of "Trouble Every Day" we get an alluring femme fatale in a black slip, a van on a deserted side road, a body in a field of weeds, an impassive black man on a motorcycle, a pair of cooing newlyweds on an airplane.

Any viewer can construct a movie out of those elements, and Denis pretty much leaves us to do it. Hers is built with very little dialogue, a series of disconnected Parisian locations and that creepy way she has of bringing you closer and closer to someone's face or body until you feel profoundly uncomfortable. She's not a surrealist, exactly -- the hotel rooms, sterile laboratories and crumbling suburban houses of "Trouble Every Day" are perfectly normal, neutral spaces -- but waking life in her movies nonetheless resembles the dream sequences of Ingmar Bergman or Luis Buñuel.

I haven't introduced you to the characters yet because Denis doesn't let us know much about them for a long time. The sexy woman in the slip is Coré (the feral-looking Béatrice Dalle), wife of the man on the motorcycle, who turns out to be a defrocked doctor named Léo (Alex Descas). She has an unfortunate habit of sneaking out and pulling a black-widow routine on random men, so Léo has to go collect her, wash the blood off her lovingly and lock her in the house, with her bedroom door nailed shut.

And what does all that have to do with Shane (Gallo), the haunted-looking American who has brought his pixyish bride, June (Tricia Vessey), across the pond for a City of Light honeymoon? Well, probably something, since Shane locks himself in the bathroom to jerk off rather than making love to June and keeps mumbling strange things to her, like "Are you frightened?" and "I would never hurt you." (I can't figure out which is worse, a husband who says that or one who doesn't.) Again, these people are more like figures in a landscape than characters: Gallo, the star and director of the 1998 indie hit "Buffalo '66," looks like a Nixon-era drug dealer, the very picture of depravity, while Vessey is all adorably tailored, mock-Audrey Hepburn purity.

Denis connects the dots, more or less, at the lab where Léo used to work. Apparently Shane really came to Paris to find him; years ago, they and Coré all worked on some experimental project that went awry in the tropics. This sudden incursion of sci-fi melodrama into a movie that otherwise feels almost plotless is a typical Denis strategy (although it may be misleading to say that anything is typical of her). I guess she's playing with various contemporary menaces and anxieties: biological warfare, the spread of epidemics, sexually transmitted disease. But I don't think it's pitched right; this feels to me like an overly arch ingredient in a work that already teeters on the edge of an aesthetic abyss.

When Shane flees from June, perhaps afraid he will hurt her, and begins doing contradictory things -- buying a cute puppy in a pet store, molesting a middle-aged woman on the Métro -- "Trouble Every Day" seems to be following its natural, if demented, course. How can a man really love his wife and harbor awful fantasies, or stalk the attractive, faintly dissolute chambermaid (Florence Loiret-Caille) who makes their hotel bed?

Yes, "Trouble Every Day" (that's not a translation, by the way; the original title is in English) is a haunting and terrifying film. It's also a film of wonderful spaces and silences. Shortly after we first meet the maid, we watch her preparing to leave work, changing out of her uniform and standing at a sink washing her feet. It's a marvelous little moment, the kind of scene perhaps only Denis could make so tremendously erotic, and so emotionally powerful. Denis makes us pay a price for enjoying such images, a price many viewers will be understandably reluctant to pay. Whatever you make of Denis' movies, she never wants you to leave the theater unmoved or unshaken. She wants to turn you on and mess you up. She wants -- there's no better way to say this -- to fuck with your mind. And she's always going to be the one on top.