In praise of "soccer" 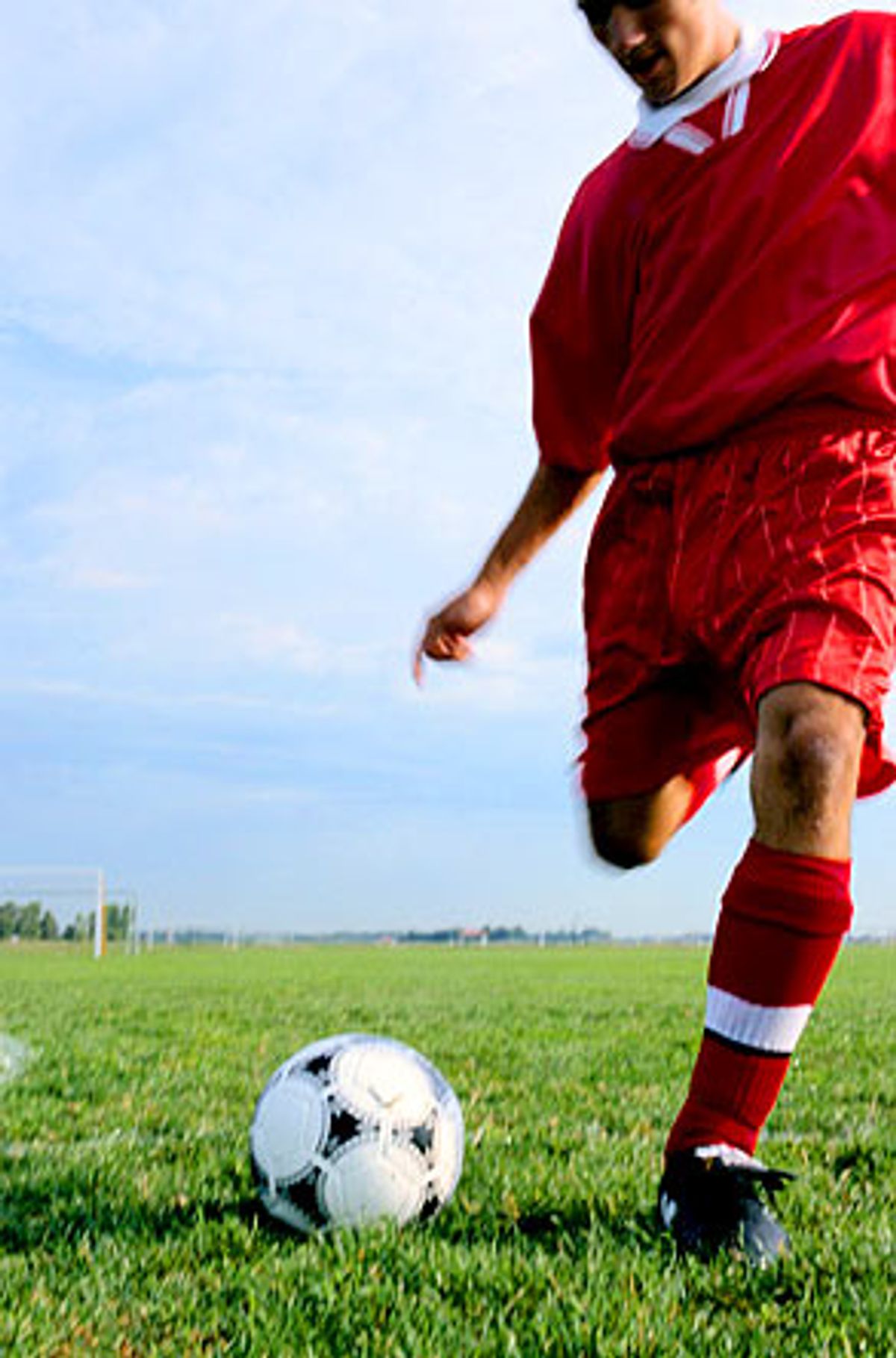 Let me leave young women aside for a moment. I will come to them. But what I want to say first is that this is that moment at which the world comes to a proper celebration of something men were made to do, something that is intensely physical yet profoundly imaginative, something made out of muscle, speed, grace and the soul. I am talking about the World Cup, about soccer, about football.

I know, that name is not quite allowed in this country because it is supposed to be kept under lock and key for that other game -- not a bad game, even if it compels men to be too large and replaces the real adventures of the mind with the huddles, the jargon and the militaristic submersion of identity in "planning."

So American football is a fine thing. Still, America could do itself good all over the world by saying, Well, yes, after all, we all know what football is, football is the game made by Stanley Matthews, Ferenc Puskas, Pele, Maradona and Zidane, football is the world's passion and festival, one of the greatest forms of play ever invented (and a turn-on). Therefore, "our" "football" needs a new name -- let's call it "gridiron" or "attack" or whatever you like. "Soccer" is such a stupid name. How many of the children playing all over the U.S. today actually know why it is called "soccer"? How many readers of this piece know? (For the answer, see below.) Give us back the real meaning of "football."

And, no matter that the games are likely to appear on our television at unearthly hours that do a lot to destroy the other rhythms of life -- you should attend to this great contest. And its rhythm. Football is a game played on a pitch at least 100 yards by 60, played at extraordinary pace, in which most of the players are likely to be driven from end to end, back and forth, while still finding the time to control, touch, deflect and guide a ball that bounces to the moods of ground, wind and altitude.

Time and again, in football, you will see young men -- at the limits of their physical capacity -- do astonishingly inventive things with the rhythm, the direction and the winning of this very simple game. In its essence, it should be played without lulls or stoppages. Only then can change of pace and direction prove so decisive. It is trite to say that football is like dance. Dance, after all, has no equivalent to danger, contact, collision and courage. And dance is choreographed. The design is meant to be carried out to perfection, whereas in football the perfection will always emerge from spontaneity, accident and momentary impulse.

How sexy is football? As sexy as any performance where young men, trained all their lives in skills and execution, still discover in an instant the unexpected, the reversal, the purely personal option within a team's plan. You will hear that some nations -- the Latin teams, say -- are more naturally adept at this than others. Not so. Some of the greatest of players have been European, and northern European at that -- consider Cruyff, Law, Best, Beckenbauer and so many others. Some of the most turgid, paranoid and overrehearsed football ever played has come from Italian teams. Still, there is always the passionate example of Brazil, the savage moodiness of Argentina, the exuberance of African teams and who knows what dark horse this time?

Football does not take root in the U.S., so they say, and there are all the old reasons -- not enough goals, not enough opportunities for commercial breaks, an absence of melodramatic violence, too much stress on the mind. Well, maybe America can and will live with those crushing definitions of itself.

Or maybe it will observe something that is American in origin yet still not figured out in many football-crazy nations: that it is a terrific game for women. For if we have discovered something feminine in the game, then surely the world is helped in enjoying the way men move. In that glimpse of America's insecure maleness, there lies a way in which our culture of might really moves ahead. But that would depend on more ordinary Americans discovering the intensely sexual, intellectual allure of the game. Every four years you get a new chance to abandon helmets, padding and the war cries of the Marines -- and show us your legs, your knees, your thighs, your invention.

*The game is called soccer because as it developed in Britain, it acquired a Football Association (an organizing structure) to distinguish it from rugby. The "soccer" comes from the "soc" in association. Which is not really a proper way to name a great game.