When the networks start gleefully indulging in self-referential, self-mocking camp, as in NBC's terrifying "The Rerun Show," is it about time? Or is it just time for an attitude adjustment? 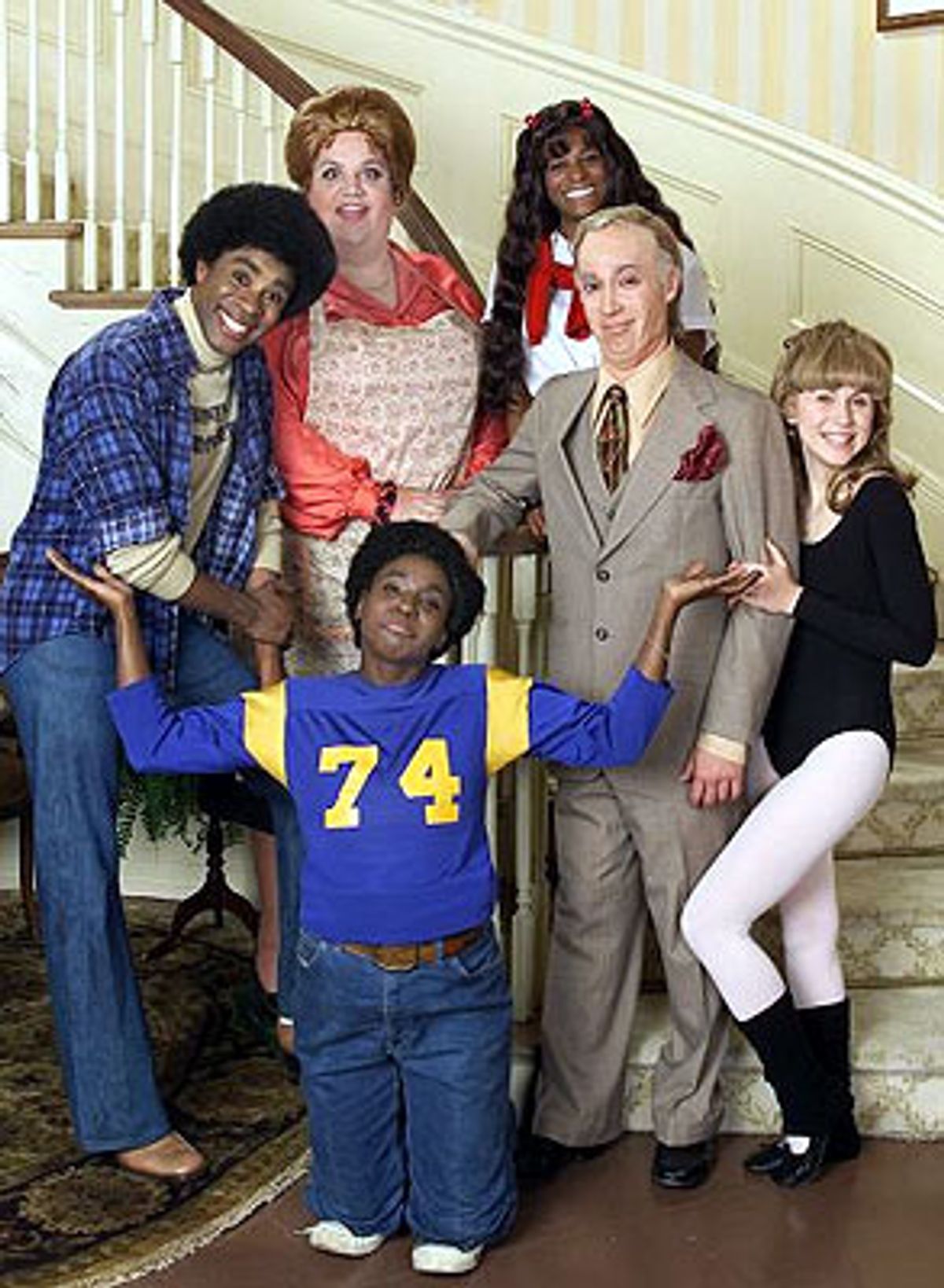 This fall, the WB is reviving "Family Affair" and "The Lone Ranger," UPN is remaking "The Twilight Zone," ABC is coming out with a new "Nancy Drew" and Fox is bringing back "Time Tunnel." Not one of these, however, packs the tautological punch of "The Rerun Show," which premieres Thursday night on NBC.

It was only a matter of time, but the networks have finally stopped producing what Susan Sontag once famously called "naïve camp" (i.e., unintentional) in order to start producing "deliberate" camp. After a three-year onslaught of "reality" shows that presumably grew out of a sincere attempt to show "real" people in "extreme" situations -- people who then quickly caught on to the spirit in which they were being watched and devolved into high-camp performances -- the networks are embracing the gleefully mocking attitudes and penchant for ironic nostalgia of the young and youngish viewers it favors most with a big, obvious wink.

Thirty-eight years after Sontag attempted to define the sensibility that made it possible for many people to appreciate deliberately awful performances of unintentionally awful dramatic material in her essay "Notes on Camp," and six years after my friend, writer Glasgow Philips, identified the death-by-overkill of that same sensibility in his essay, "Shiny Adidas Tracksuits and the Death of Camp" (which, incidentally, describes the phenomenon so well that, six years later, you could replace "Adidas Track Suit" with "The Rerun Show" and it would make the argument better than I'm making it), NBC is finally getting into the nostalgic camp business. Um, are we ready?

If you judge a show's appeal in inverse proportion to its quality, as the once rarefied and sophisticated (if now well-worn and mainstream) camp sensibility assumes you do, there's nothing better than bad TV. "The Rerun Show" features an ensemble cast of comedians reenacting favorite episodes of classic sitcoms like "Diff'rent Strokes," "The Facts of Life," "The Jeffersons," "The Partridge Family" and "What's Happening!!" -- all truly terrible, truly beloved shows. And, oh, the memories. But it's one thing to perversely like something because it's awful and quite another to be told to like something because, well, isn't it awful? As Philips writes, "It's not the particular objects constituting Camp that matter, but the mode of appreciation we bring to them."

I'm going with the latter, which is not to say "The Rerun Show" is not completely surreal and hilarious. It is. It also features some truly inspired physical comedy. Though the scripts are condensed to wedge two parodies into a single half-hour slot, neither the actual dialogue, the opening credit sequences, the theme songs nor the sets have been changed. What has changed, apart from the original cast members, are the farcical actions that accompany the lines and, of course, our attitude toward the original shows themselves.

"The Rerun Show" was apparently inspired by the success of "The Real Live Brady Bunch," a theatrical parody of the original "Brady Bunch," in which actors enacted real scripts from the original in high-camp style. Just as in the stage play, the actors on "The Rerun Show" do not play the actual characters as much as they play the original actors playing the characters. They are meta-stagings of the originals, complete with sly nods to the future of their real-life stars. When Candy Ford, who plays Arnold -- on her knees -- sticks out her lower lip and says, "Watchootalkinbout, Willis?" you think about an adult Gary Coleman in court. When Ashley Drane prances around as the airheaded Kimberley, you think of Dana Plato's future train-wreck of a life. The framed mug shot of her hanging by the stairs makes sure of it.

But it's also hard to imagine people tuning in on a regular basis, even if they are otherwise rerun-loving TV Land addicts. Those reruns are loved for a reason and in a particular way. As Sontag defines one characteristic of camp: "It's not a love of the old as such. It's simply that the process of aging or deteriorating provides the necessary detachment -- or arouses the necessary sympathy."

Philips makes a similar point when he talks about buying an Adidas track suit in 1992, after having worn one in a much more sincere frame of mind in 1980: "I had just graduated from college, and it seemed the exact outfit I needed to express the relation I took to my past: Distance, disdain for the self I had been (a fat boy with bird shit on him), but also a fondness for that self which would have been impossible any earlier."

Whether "The Rerun Show" will tap into that fondness, or squeeze the last drop of fun out of sitting around with a bunch of friends and making fun of TV like we used to is anybody's guess. But the thing I wonder is, back in the early '90s, would we have bought all those Tori Spelling dolls if we thought they weren't being sold to us, you know, seriously?