An English star you've never heard of, a Hong Kong action director and "Femme Nikita" creator Luc Besson join forces for a muddled smashup in the south of France. 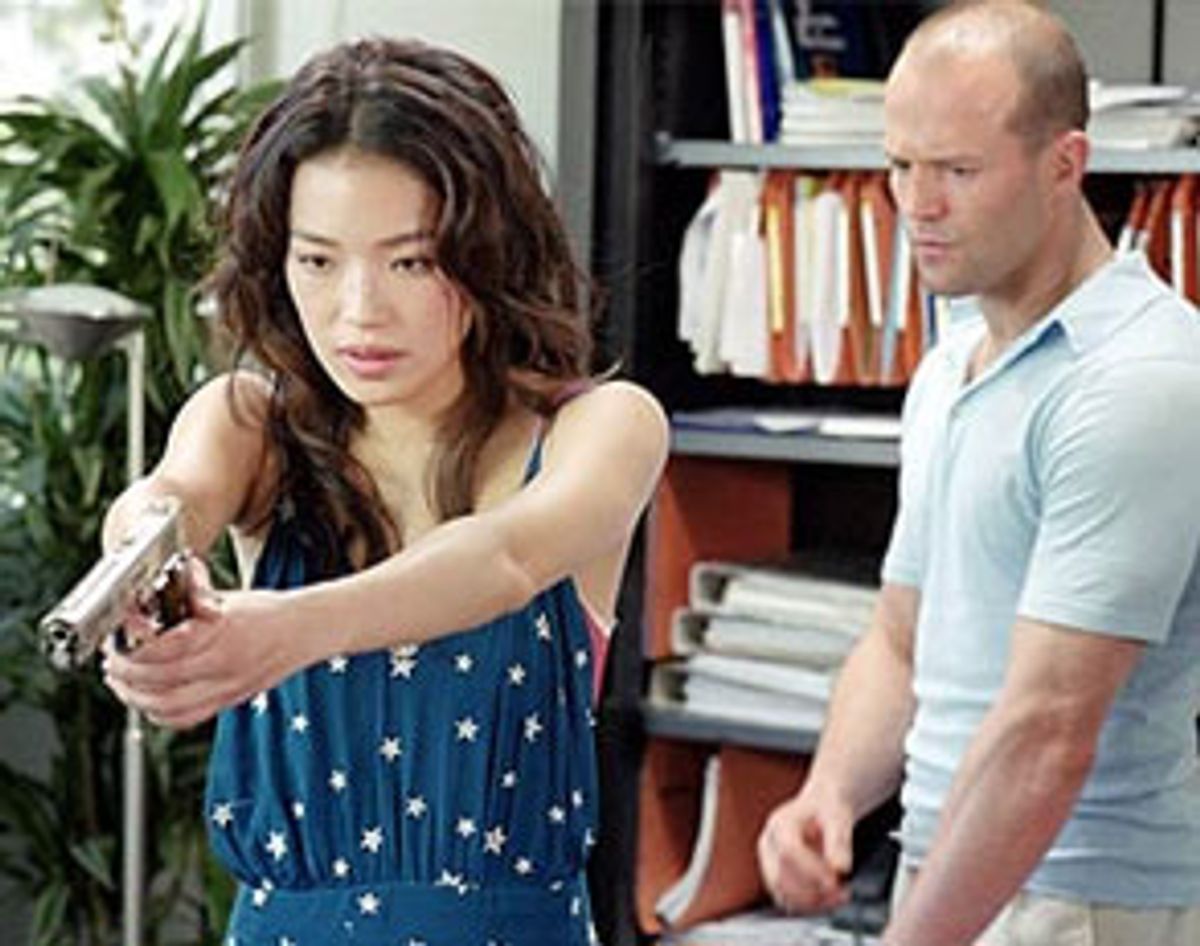 I guess what the world really needs is a white action-movie hero who can kick some serious butt. Or so the Hollywood powers seem to think, anyway. Sure, it's crass and weird and at least a little troubling to view things that way, but you can't deny there's a vacancy in the category. Arnie and Sly are almost ready to collect Medicare. Keanu Reeves is content to meditate and make "Matrix" sequels. Bruce Willis is now an actor who is "good with kids." Chuck Norris was always a born infomercial pitchman, even at the height of his fame. Steven Seagal is a Buddhist embroiled in lawsuits. Matt Damon and Johnny Depp are, well, Matt Damon and Johnny Depp. Give us a break with those guys, already.

Of course there's Vin Diesel, whose hotness has been much discussed in Salon and elsewhere of late. Diesel has clearly established himself as a franchise after "XXX," "The Fast and the Furious" and "Pitch Black." But there's only one of him, he's racially ambiguous in a way that gets a lot of people's motors running (and may alienate others) and his acting style always makes you think he's basically kidding about the whole thing. All this may go some distance toward explaining how Jason Statham, an English actor most Americans have never heard of, gets his name above the title in "The Transporter."

A former Olympic diver with a martial-arts background, Statham offers a sort of limey-Zen version of Diesel's Brooklyn-by-way-of-SoCal swagger. He's got the shaved head and the impressively cut physique. He wears nice suits well, despite the impression he gives of being an East End 'ard man ready to bust heads at a soccer match. Best of all, from a filmmaker's point of view, Statham has a certain stillness or inward-looking grace that translates into unmistakable screen charisma. You know what I mean: He's a Clint Eastwood man who lives by his own rules and thinks before he acts, but when he acts, whoo-boy.

Statham was selected for stardom (you might have caught him previously in Guy Ritchie's films "Snatch" and "Lock, Stock and Two Smoking Barrels") by French filmmaker Luc Besson, who is clearly the brains behind "The Transporter," even though the directing credit belongs to Hong Kong action whiz Cory Yuen. It's a frankly commercial package movie of the sort at which Besson ("La Femme Nikita," among numerous other films) excels: a fresh star who undoubtedly worked hard for a relatively low price, a director making his English-language debut (ditto) and Besson's beloved south of France scenery. (There's even a scuba-diving scene that Besson, an underwater-photography junkie, shot himself.)

There's plenty to like here, especially for connoisseurs of the action genre, and there's also plenty to make you wonder whether Besson and co-writer Robert Mark Kamen scribbled their screenplay on a batch of Marseilles cocktail napkins and then lost one or two. Statham is an agreeable if cryptic presence as Frank Martin, an ex-military type turned nonviolent criminal whose specialty is delivering people and packages to places in his souped-up BMW without asking questions.

One of his packages turns out to be a woman named Lai (Shu Qi, a Taiwan-born star of the Chinese movie world) in a burlap sack. Frank is of course a decent chap at heart, so he breaks his own rules by letting Lai out for a drink of water and a pee. On the other hand, he believes in honor among thugs, so he delivers her as scheduled to a seedy-looking American expat (Matthew Schulze, in a highly enjoyable performance) who seems to have inherited some of Brad Pitt's leftover mack-daddy threads from "Fight Club."

That's about as far as I can take you with plot. Not because there's something to give away, but just because it doesn't make any sense after that. The slimy Brad Pitt-looking guy tries to blow Frank up for uncertain reasons, and all heck breaks loose. Lai convinces Frank to take her in, despite the fact that she's the source of all his problems. She's cute as a button, doggone it, and seductive when she wants to be, as Frank discovers. Then somebody destroys Frank's lovely Mediterranean villa with surface-to-air missiles. Besson, Yuen and company seem to be striving for a screwball-comedy tone here that doesn't work at all, partly because neither of the leads talks much. Statham can't seem to decide whether to try for an American accent or stick with his own, and the lovely Shu Qi basically doesn't speak English.

Lai tells Frank that her family and a bunch of other Chinese immigrants are being smuggled into France to be sold as forced labor. This isn't true, because her father (Ric Young) shows up in one highly confusing scene and seems to be a bad guy in league with the Schulze character. To do what, I'm not sure: smuggle human beings or control French trucking routes or fix Internet airline pricing.

This is a much better action movie than the incomprehensible "Ballistic: Ecks vs. Sever," but you still can't figure out what's supposed to be happening. Yuen has a nice eye, though; aided by cinematographer Pierre Morel, he delivers an unconventional view of the south of France as not just a deluxe beach party but also an industrial zone of highways, loading docks and fluorescent-lit depots.

Yuen, who has directed several Jet Li movies, including "The Enforcer" and the two "Legend" films, supplies an outstanding car chase through the streets of Marseilles at the very beginning, and much of the rest of the movie consists of the action set-pieces he specializes in. We get Frank as, quite literally, the guy without a hatchet in a hatchet fight. We get him, in the movie's coolest scene, tangling with a pack of bad guys on the floor of a bus garage soaked with fresh oil, so nobody can stand up for more than a second (until Frank gets a pair of those mechanic's cleats on his feet, that is). We get him sledding down a mountain highway on the severed cab door of a semi-truck.

If Statham isn't quite the equal of Li, or of Yuen's former colleagues Jackie Chan and Sammo Hung, he's an able physical performer who seems to do most of his own stunt work. Will he click with the masses? We'll see. Shu Qi, whose work stretches from Hong Kong action-erotica to Taiwanese auteur Hou Hsiao-hsien's "Millennium Mambo," is largely squandered here as eye candy. But François Berléand, a veteran of French stage and screen, is terrific as the phlegmatic cop who becomes Frank's pursuer and then his accomplice, bringing a touch of "Casablanca" elegance to this slapdash entertainment.