In the WB's bizarrely entertaining "Birds of Prey," Batman has skipped town -- but his illegitimate daughter and a reshaped Batgirl are kickin' butt in New Gotham. 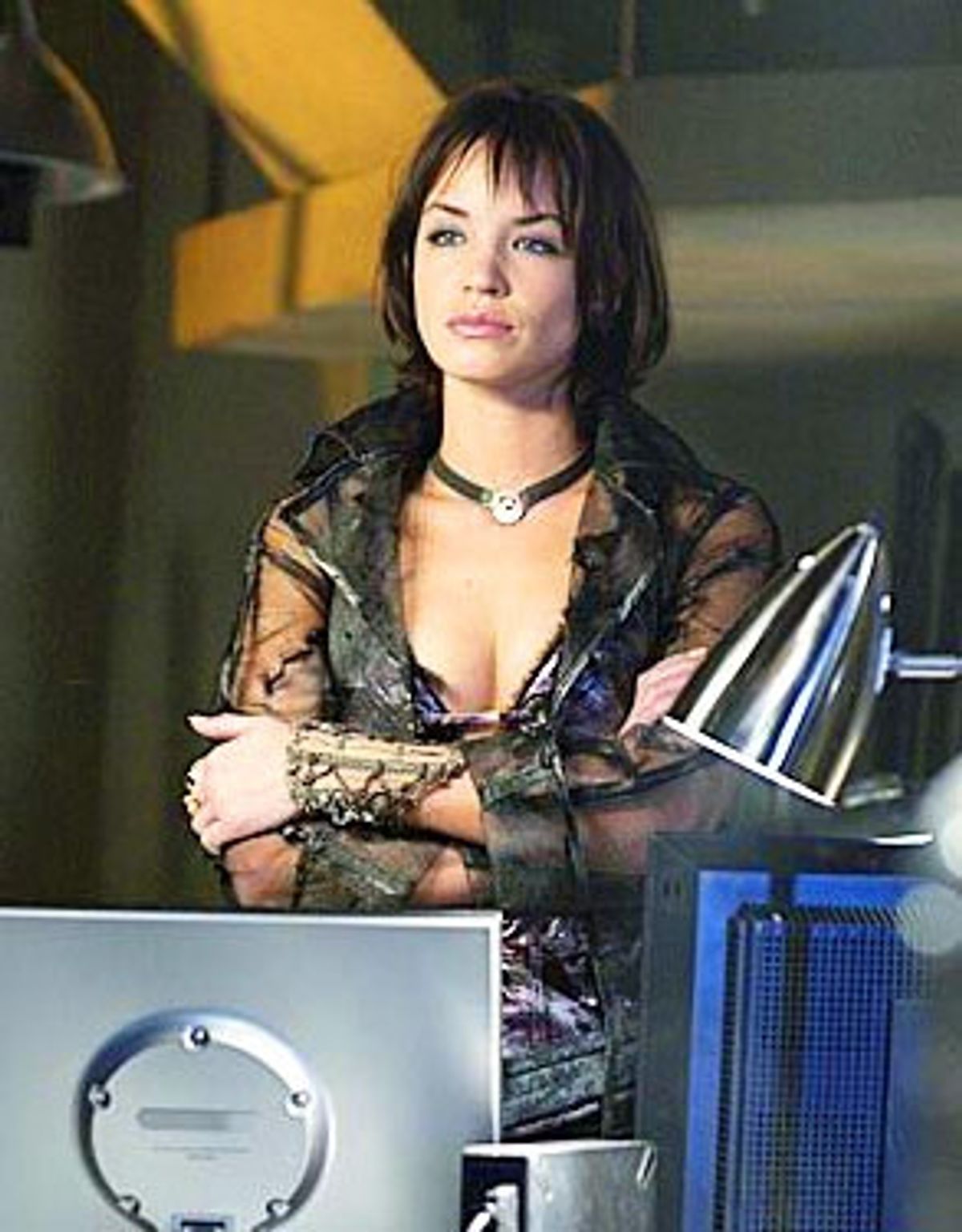 Since Batman made his 1939 debut in a six-page DC Comics story called "The Case of the Chemical Syndicate," he has been, among other things: a casual killer of criminals whose creators eventually confiscated his lethal weapons and replaced them with a tool belt brimming with ingenious crime-fighting gadgets; an effete dork who, in the early 1940s movie serial, only got around to rescuing his girlfriend after he'd packed for the weekend and discussed the pros and cons of ambling into action with his universally loathed sidekick Robin; a mysterious, unattached, shadowy figure suddenly turned gregarious Batfamily man (complete with Batpets) after a 1954 book insinuated that he and Robin were more than just hero and sidekick; a campy, conflicted do-gooder in the 1960s TV show, with an ironic view of his profession, a caveload of even more ingenious gadgets and a thing for one of his arch-enemies; a brooding fish out of water inspired by gothic horror in the grim comic book series of the '70s and '80s; an award-winning Saturday morning cartoon hero in the '90s who shared an hour with Superman (the guy who had prompted his creation 50-some years before); and George Clooney.

Even Bob Kane, Batman's creator, has noted how each new decade has produced an updated Batman to fit the times. So what does it mean that in his latest incarnation, he has given up on the life of crime-fighting and left town?

The premiere episode of "Birds of Prey," which airs Wednesday at 9 p.m. on the WB, is 70 minutes long for a reason: The show's creators have a lot of explaining to do. Roughly, the setup is this: Seven years earlier, Batman and his sidekick Batgirl (Dina Meyer), aka Barbara Gordon, daughter of the Commissioner, fought the Joker in the tunnels underneath the dockyards of New Gotham (how or why the city changed its name is never explained.)

The Joker lost, but took his revenge on Batman by killing his lover, Selena Kyle (aka Catwoman) and shooting Batgirl. In an uncharacteristic Batmove, the Caped Crusader skipped town, and Batgirl, now confined to a wheelchair, took in Helena Kyle (Ashley Scott), the love child he never knew he had.

Batgirl has reinvented herself as the Oracle, a computer genius who keeps tabs on the city's evildoers from her high-tech clock tower and has trained Helena to fight crime as the Huntress. Helena is a surly 20-something Goth superhero with anger-management problems, daddy hangups and abandonment issues, as well as a penchant for black latex and sheer tops.

As the story begins, the two are joined by Dinah (Rachel Skarsten), who fills the gee-whiz Robin role. Dinah is a teenage "metahuman" who ran away from home to find them after having seen them in her dreams. Got all that? Good; there's a Batquiz tomorrow.

"Birds of Prey" is a sort of "Batman's Angels." Batman himself may not be easily reached by speakerphone, but his mission is carried out by a trio of babes and funded by his foundation. The dark angels are also assisted by Batman's Bosley-esque butler, Alfred, who narrates the story, occasionally does their laundry and stocks their fridge. The top villain in New Gotham is Dr. Harleen Quinzen (Mia Sara), the Huntress' court-appointed therapist and a psychopath with a dream: To pin New Gotham under her stiletto and watch it writhe.

Making the top bad guy in this Amazonian universe a bad girl is a nice touch. And despite several gaping narrative holes, "Birds of Prey" is oddly satisfying. The WB has long had a knack for creating ass-kicking girly universes with just the right amount of knowing in-jokes, smart-ass references and campy frivolity. At one point, Huntress mocks Oracle's feeling that there is more to a recent rash of suicides than meets the eye, saying, "Is your spider-sense tingling?"

Later, when they explain to Dinah where her telepathic powers come from, Huntress says, "There's been some really weird stuff with meteor showers." And when Oracle chastises Huntress for not wearing a mask to disguise her identity, the latter shoots back, "You want me to dress like my parents!"

"Birds of Prey" also ultimately justifies its Batman-less existence, as the moody and baroque feel of Gotham is ideally suited to female superheroes dressed all in black. When Oracle puzzles over the suicides, trying to put herself in the shoes of the deceased, Huntress shrugs, "You wouldn't kill yourself, it's just not your nature."

Oracle looks up at her and snaps, "I resent that. I'm as broody and romantically self-destructive as the next girl." Spoken like a true Dark Knight.