The Hollywood renegades at the Other Network are bringing legendary failed TV pilots to a comedy club near you. And they're better than what got on the air. 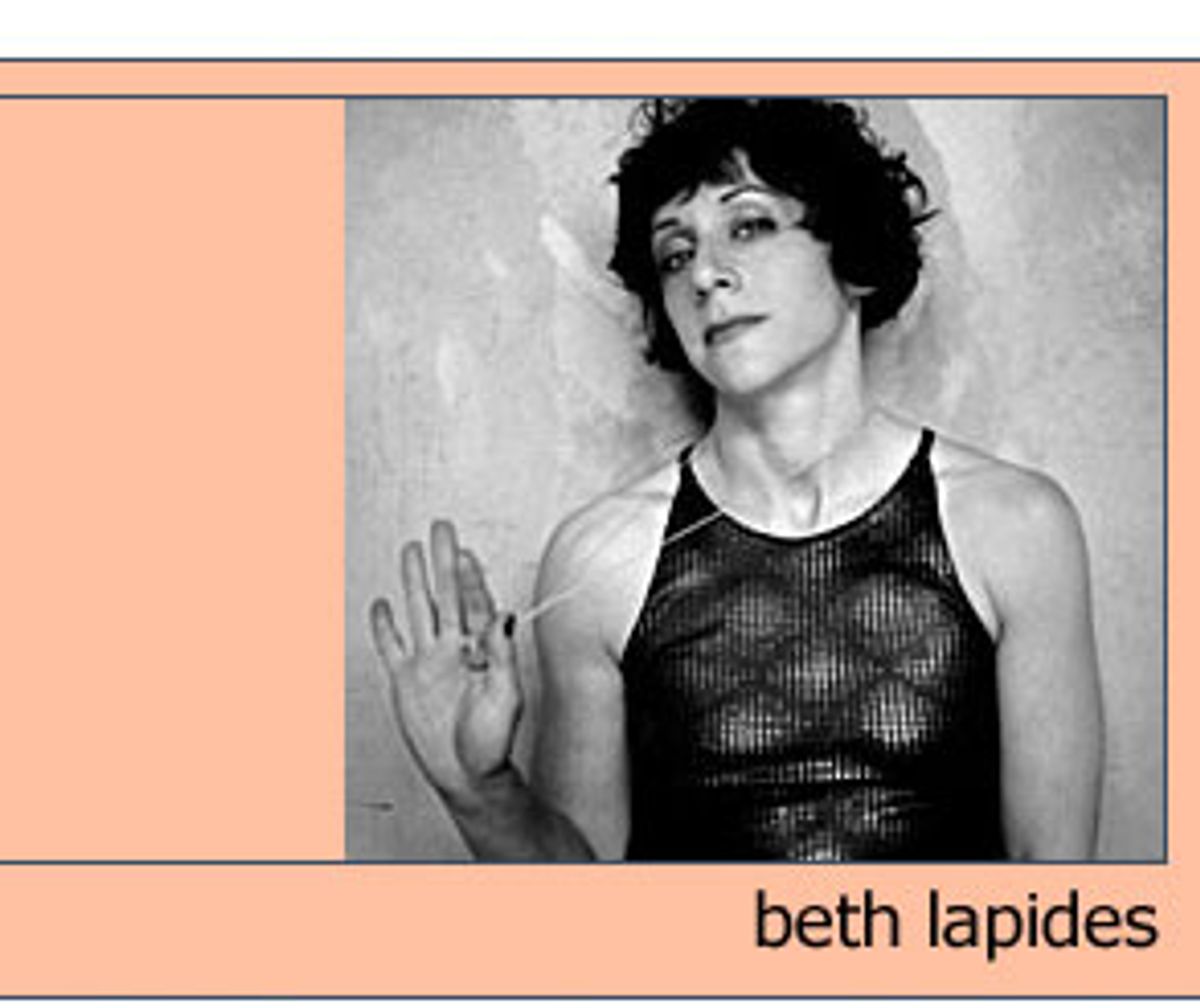 Where do TV pilots go when they die?

If they're lucky, they go to Moomba, a nightclub in West Hollywood, on Friday nights. Since last August, Beth Lapides and Greg Miller, the creators of a long-running alternative comedy series, the Un-Cabaret, have been screening unaired pilots to the packed nightclub as part of a series called the Other Network. An instant hit, the Other Network is now hitting the road. This weekend the series will present three different nights of failed programming at the Knitting Factory in New York. And clubs from all over the country are calling Lapides and Miller, asking if they can become "affiliates."

"In Hollywood, so much great work gets produced that never reaches an audience," Miller says. Every year, the networks produce about 130 pilots, only about 30 of which ever make it to the small screen in your living room.

"The problem," says Miller, "is that it costs a million dollars to make a TV show, which means that the networks have to know that advertisers want to buy it, which means the advertisers are guessing what their audience wants to see." He adds, "People do great work, and there's a huge audience that wants to see what's out there, what they're not seeing, what TV could be."

As the producer and host of the Un-Cabaret, Miller and Lapides have always counted comedians and writers among their friends. Over the years, they kept hearing stories about pilots their acquaintances had made, shows that nobody but network executives, focus groups and the creators' families ever saw.

Lapides believes that audiences sense that television is "part of a system that is broken." Television programmers rely heavily on focus testing and corporate decision-making. "But the thing with the whole focus-group system," says Miller, "is that it seems as if it's being market tested to people, but the way the actual focus groups go, people are encouraged to complain about the shows and find fault with them. And if you start picking at anything you can have issues with it."

Unlike focus group audiences, the Other Network's audiences are made up of men and women of different ages, from college kids to older people. Rather than play to a strict demographic, the pilots play to audiences with a shared sensibility. Part of what the Other Network has tried to do is show that there is an audience for television that is not made and selected by committee.

"In my dreams," Lapides says. "There is a hole in the TV dial for a thing called the Other Network, which is a place that has shows of a different ... uh, diff ... oh, just better!"

Lapides and Miller say they're trying to provide a new frame for watching TV. "I like to say our focus groups are really focused," Lapides says. "And it's good to see how people will respond if they are set to enjoy something, rather than to pick it apart. I think it does show there is an audience for more experimental and eclectic television.

"But the networks tell you, 'Just make the pilot over and over," she says. "People tuned in, they liked it, that's what they want to see." Taken out of the context of testing, audience reactions are often different. Some pilot creators have noted, for instance, that the aspects of their show that went over well with live audiences were the same things that they had to battle the network to keep. And some of the things that failed live were things the networks insisted on including.

"The less cookie-cutter something is, the more original and authentic a pilot is, the more it will probably be somewhat problematic," Lapides says. "The pilot episode of a TV show is never the best episode, because you're laying out the territory. TV is a serial narrative form. It's not like watching a movie. When you watch a pilot you watch for potential."

Compared to the experience of watching the new prime-time shows that have debuted this fall, watching the shows on the tape that Miller sent me definitely felt like entering an alternative TV universe. Many of these shows are so much funnier and more original than what you usually find on TV that you get the feeling that they almost don't belong there. As Miller notes, "You feel the personality behind the show. They are not generic."

Some are even legendary. Among the greatest shows you'll never see, for instance, are "Heat Vision & Jack," Rob Schrab and Dan Harmon's Ben Stiller-directed spoof about a superintelligent former astronaut and NASA fugitive (Jack Black), his sentient motorcycle (voiced by Owen Wilson) and Ron Silver (played by, er, Ron Silver), who turns out to be not merely a popular actor but also an evil NASA operative. "Heat Vision" parodies every stupid -- but wildly popular -- genre show you can think of, from "The Six Million Dollar Man" to "Knight Rider."

Then there's "Lookwell," produced by Conan O'Brien and Robert Smigel, which aired once on NBC in 1991, and stars Adam West as a has-been TV detective who tries to solve crimes. Judd Apatow's ("Freaks and Geeks," "Undeclared") "North Hollywood" is a comedy about aspiring actors. The pilot features a depressed Judge Reinhold auditioning for roles that call for a young Judge Reinhold. "Beat Cops," another notable comedy by Tom Maxwell, Don Woodard and Sam Seder, focuses on a couple of incompetent, incredibly neurotic New York cops who, after years of working in the cage, are sent to patrol the streets.

"A network is a context for shows to exist in," says Lapides. "In order for good shows to exist, people have to come to that place wanting that. There are things you would buy in one store that you wouldn't buy in another store. It's all about the framing device. So I think that what the Other Network has been able to do is provide a context, a framing device. When you watch a film -- whether you watch it in a theater or you watch it on your TV -- it's still a film. It's the same with TV. Whether you watch it on TV or on a movie screen or on DVD, it's still TV. The Un-Cabaret changed the frame of how you saw comedy. It's not in a comedy club, it's new material all the time, the host is different. [Lapides, who hosts the Un-Cabaret, sets up a mike at the back of the stage so that she can talk back and forth with the performers.] That changes the way you listen."

Taken out of context, the Other Network's shows point to larger problems with the way networks operate, and challenges a system that has remained largely unchanged for decades. The concept of a fall season, for instance, seems outdated, even slightly nostalgic, now that the networks must compete with so many media outlets for audience share. Each year, the networks roll out a series of shows hoping that one of them will become a huge water-cooler hit. But there are just too many media outlets, and too few water coolers, for this to happen the way it did decades ago. The idea that a show will catch on with a huge audience, and that that audience will remain loyal for years and watch every episode faithfully, may be outmoded. In a sense, TV seems to be trying to replicate its birthright while setting itself up to fail.

Ironically, if not surprisingly, the success of the Other Network has made some networks and cable channels take notice. "Now that we are showing that there's an audience" for these shows, Miller says, "people are going, 'Oh, well, maybe we can put them on.'"

"I think HBO has done such a smart thing with their six-week mini-seasons," Lapides adds. "I mean, do you really want to watch much longer? Regular TV pretends that you're watching a show week after week. But are you? That sense that there's a show that you're going to watch every week is such an old-fashioned idea. TV is a serial relationship -- but it's not a monogamous marriage! It's a fling!"