By naming Iran-contra rogue Elliott Abrams its top policy advisor on the Israeli-Palestinian conflict, the White House is signaling a hard pro-Sharon line that could prove disastrous. 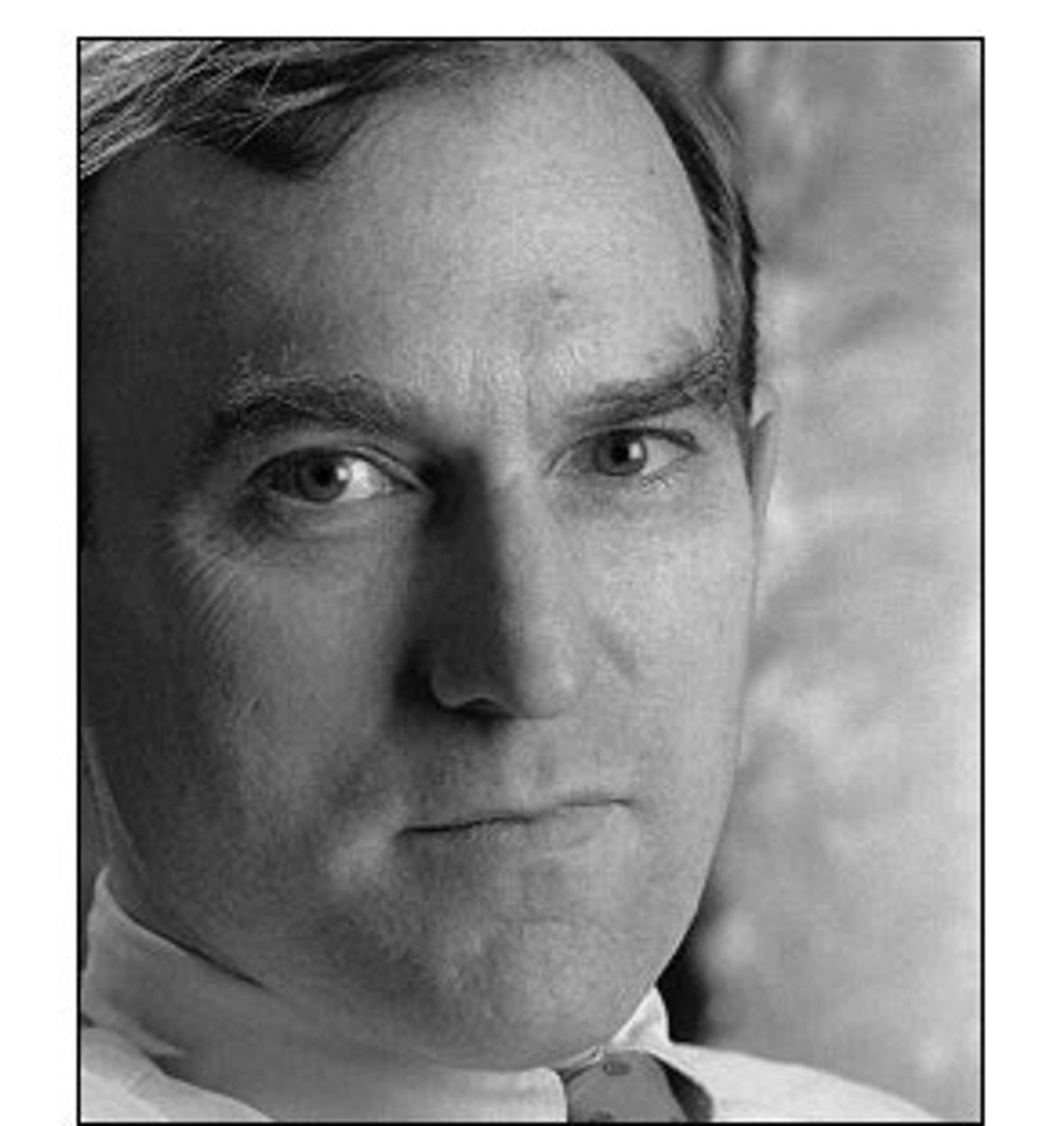 What crook, rogue and hard-line reprobate from the Republicans' glory years will President George W. Bush exhume next? It's hard to say -- he seems to have already hired them all.

There's Henry Kissinger, Machiavellian master of secrecy and deceit, architect of the horrific air war against Laos and Cambodia and best friend of murderous (but "pro-American") regimes in Pakistan, Indonesia and Chile. America can now rejoice in the knowledge that this paragon of transparency, ethical uprightness and independence is in charge of investigating the Sept. 11 attacks.

There's Adm. John "to the best of my recollection, I can't recall" Poindexter, who ran the illegal and disgraceful Iran-contra project and was convicted of lying and obstruction of justice, only to be exonerated on a legal technicality by conservative appellate judges. Who better to head the "Total Information Awareness" program, which promises to turn the U.S. into a gigantic Panopticon? Don't be concerned about the loss of your privacy -- those who have nothing to hide have nothing to fear!

And now there's Elliott Abrams, another major Iran-contra villain who was convicted of lying to Congress (this risumi seems to be virtually required for Bush appointees lately), but was saved from iron sorrows by Bush the First, who pardoned him on Christmas Eve. Abrams, in fact, had already been rehabilitated last year, when Bush appointed him to head the National Security Council's democracy, human rights and international operations division. Recently, however, Abrams has been promoted to one of the most crucial jobs in the administration: making NSC policy on the Middle East.

Like the Poindexter and Kissinger appointments, this egregious hire would be laughable if it weren't so frightening. It is not hard to understand why Dick Cheney and Donald Rumsfeld would want to stuff their young regent's administration full of old cronies and anti-Commie soul mates from the good old Ronnie years, though one might have thought that Bush the Younger would have wanted to have a few different viewpoints in the West Wing. But he is apparently not yet ready to take the training wheels off his presidency -- leaving Colin Powell to serve all alone as the administration's designated com-symp whipping boy, laughingstock Arabist and Euro-friendly buffoon.

Abrams fits right into the Bush White House, and not just because he almost went to jail for a scandal so much bigger and nastier than Whitewater it's embarrassing even to mention them in the same breath. Like the Big Three in the Bush Tetrarchy -- Rice, Rumsfeld and Cheney -- Abrams is a hawk, unabashed about using American power unilaterally. Like them, his worldview has been shaped by a black-and-white Cold War ideology in which stopping Communist or leftist expansion by any means necessary was America's top priority. If that meant looking away while sadistic thugs like El Salvador's Roberto D'Aubuisson killed lots of peasants who didn't know from Lenin but only wanted to be rid of their murderous, authoritarian (but not "totalitarian"!) regimes, well, better dead than red. As a key player in implementing Ronald Reagan's vicious "anti-Communist" Central American policies, he defended the savage regimes that slaughtered thousands of civilians, and denied that massacres carried out by U.S.-backed troops -- such as the infamous massacre at Mozote -- had taken place.

For all of the old Reagan warriors, Osama bin Laden restored the post-Soviet world to its comfortingly Manichaean order. The Cold War has become the War on Terror. Rice, Rumsfeld, Cheney and Bush himself have simply updated their demonizing Cold War ideology, with radical Islam replacing Communism. Just as the Cold War hawks could not distinguish between legitimate Third World national liberation movements and the Communist Menace, so today they can't distinguish between the real political, national and economic grievances that help drive Muslim and Arab rage and the Islamic Menace, a reified version of Samuel Huntington's "clash of civilizations." Now add to this a hard-line, politically useful commitment to Israel's security (more accurately, to Prime Minister Ariel Sharon's vision of a secure Israel) and a Likud-like belief -- perhaps also influenced by some ill-understood Bernard Lewis -- that the Arabs are all talk and that a taste of the lash will send them cowering back into their tents. Taken together, you have the explanation not just for the Bush administration's unprecedented pro-Israel policies, but its apparent unconcern that invading Iraq could cause terrorism, like the 21st century's Black Death, to finally and definitively infect the religious fanatics among the world's powerless.

Considering this mind-set, and the considerable political importance Bush attaches to the fervently right-wing Christian evangelicals who believe that Israel must be supported at all costs in order for the rapture to take place, the appointment of Elliott Abrams to the U.S.'s top Middle East policy position may not seem surprising. Abrams, like the Pentagon's Paul Wolfowitz and Douglas Feith, is a hard-line Israel supporter who has cast doubt on the value of the Israeli-Palestinian peace process and warned the U.S. not to strengthen the Palestinians at the expense of Israelis.

Still, even for those accustomed to Bush's tactic of defining paleolithic conservatism ever further down (to pervert Daniel Patrick Moynihan's phrase), the Abrams appointment was a shocker. With war against Iraq looming, everyone knows that the U.S. needs to avoid exacerbating the Israeli-Palestinian conflict in the short term, and move to resolve it in the long term. Moreover, after the GOP's triumph in the midterm elections, some thought that Bush might feel that domestic political constraints had lifted enough for him to be able to turn the heat up slightly on Sharon. The U.S. is reportedly going to press Sharon soon to take two initial steps: stop building settlements and release blocked funds to the Palestinian Authority to alleviate the suffering of the Palestinians in the occupied territories. With the U.S.-backed "road map" for peace on the table, Washington has an obvious interest in the peace process going forward as expeditiously as possible.

Considering these factors, it seemed at least possible -- although it would have violated all precedent -- that Bush would throw the long-suffering State Department a bone and appoint someone to the crucial NSC post without an egregious pro-Israel tilt. Why would Bush choose a critic of the peace process at the very moment when its implementation was an urgent priority? But as has become increasingly obvious ever since Bush took office, his is the most ideologically extreme and monolithic administration in modern times. Only those who subscribe to the Cheney-Rumsfeld-Rice-Bush ideology need apply. Which means that advising the president on perhaps the most crucial conflict in the world -- the one that has inflamed Arabs and Muslims everywhere against the U.S., the one upon whose fair and just resolution our very fate, and the rest of the world's, may depend -- is a neoconservative hard-liner.

The Abrams appointment throws into sharp relief the split between the ascendant White House and an ever more marginalized and emasculated State Department. According to an article by Herb Keinon in the Jerusalem Post, Sharon took the appointment of Abrams as a signal that the White House was prepared to abandon the "road map" to peace. Sharon, according to the article, always suspected that the "road map" was a State Department initiative, not a White House one. As a result, in a major speech on Dec. 4, he took a harder line than the "road map" stipulated, insisting that the Palestinians would have to fulfill their obligations (the removal of Arafat, reform of security, complete cessation of violence) before Israel would begin to uphold its end of the bargain. In effect, Sharon was gambling that Bush would be willing to junk the road map -- which merely called on the Palestinians to begin meeting their obligations -- and return to the position he took in the hard-line June speech in which he said no peace process was possible until Arafat was kicked out.

The Abrams appointment is clearly a slap in the face to the State Department and to Powell, who has been the sole voice of regionalist wisdom in the Bush administration's army of warriors against global terror. What it means for U.S. policy toward the Israeli-Palestinian conflict is, to say the least, not encouraging. The most benign interpretation of the move is that Bush, in Nixon-in-China fashion, appointed a pro-Israeli figure to give himself political cover to lean on Sharon. "If anybody can now push Israel on the settlements issue, it is Elliott Abrams," writes Keinon. "His support for Israel is such that no one will question his motives if he asks as he surely will for a complete cessation of settlement construction, including natural growth, in all the settlements."

Maybe, though it's a little hard to understand why the most pro-Israel administration in history would feel it necessary to throw yet another sop to avert the expected yowling from Congress and AIPAC. In any case, the long-term implications of the hire are far more significant than any short-term political calculations. What the Abrams hire seems to indicate is that the Bush administration has thrown its lot in, at least for now, with Ariel Sharon's vision of the peace process -- which means no peace, because under Sharon's terms, the "road map" will lead nowhere. The fact is that the Palestinians will never negotiate under such conditions, as Sharon and everyone in Israel knows full well. Since Bush and his advisors also know this, they must believe either that the Israeli-Palestinian conflict cannot be resolved -- at least not at a domestic political price they would be willing to pay -- or that invading Iraq will solve everything, will cut through the Gordian Knot, will force the Palestinians to finally cry uncle.

The first belief is cynical and brutal. It is more likely that the Bush administration believes -- or are closing their eyes and hoping to believe -- the second. But the dream of an Iraq magic bullet is a completely speculative hypothesis, one that could backfire, or result in completely different results.

This is not an exercise at a neoconservative war-gaming group. The United States is moving toward a war that could redefine our relations -- perhaps for good, more likely for ill -- with the one group of people in the world who have demonstrated a religiously backed desire to destroy us. And as it does so, it appears to be preparing to take the hardest possible line on the conflict that has fueled that desire to destroy. For the old Cold War crusaders who make up Bush's inner sanctum, this may feel stirring and glorious, the trumpet call of a battle between good and evil. For those who do not share their beliefs, it may sound more like Judgment Day.