No major characters got whacked in the season finale of "The Sopranos." The destruction was way bigger than that. 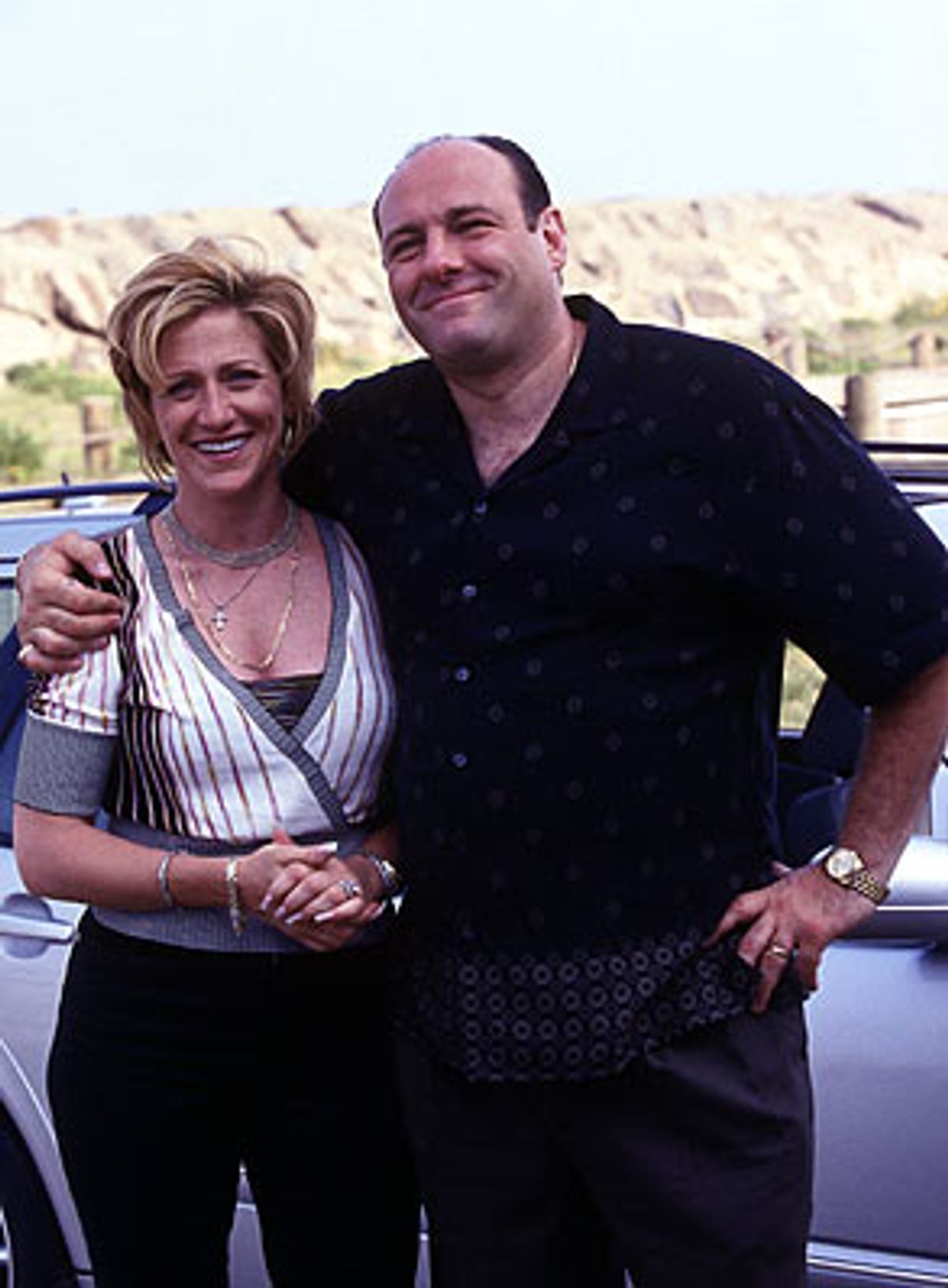 "You're going to inherit this," Tony Soprano tells his daughter at the beginning of "The Sopranos" season finale, which premiered Sunday night. He and Carmela have taken the kids to the beach house they're planning to buy, in part to "help keep the family together" as the kids get older, when Tony indulges in this particular moment of mawkish self-satisfaction.

Tony has always been a sentimental guy, given to big gestures that fail to make up for his constant slip-ups. And he has always savored the idea of the legacy he will leave to his kids as though it were a snifter of fine cognac, instead of the murky stew it really is. By the end of the episode, it's clear that Meadow and A.J. won't inherit the beautiful house "down the Shore" after all, but it only makes Tony's words more prophetic.

The Soprano family's fourth season on HBO dispensed with cliffhangers, opting instead for stalemates. Everything in Tony's world seems to have reached a place of unresolved stasis. Christopher is out of rehab and doing well, but drifting away from Adriana and the prospect of marriage. Adriana's desperation and angst at having been entrapped by the FBI seems to have mellowed into a morose fatalism, and she's even starting to show symptoms of the same Stockholm Syndrome exhibited last season by Big Pussy Bompensiero as he sleepwalked toward his own death.

New York family boss Carmine Lupertazzi and Tony have reached an agreement on the Esplanade deal, so Johnny Sack is left in the lurch when Tony refuses to carry out the hit on Carmine. Uncle Junior's legal problems are temporarily resolved when the judge declares a mistrial, but they are far from over. Carmela is worn down and depressed after Furio's sudden departure. Furio, presumably, is wandering the streets of Naples, wondering whether his time would be better spent pining for Carmela or fearing for his life. Everybody is right back where they started -- except that they know more, and they've been places they can't return from and said things they can't take back.

A friend once told me, when I confessed that I watch "The Sopranos" the way I flip through a family photo album -- you know, to wallow in it -- that he thinks Americans could be equally split between people who grew up in the world of "The Sopranos" and people who grew up in the world of Jonathan Franzen's novel "The Corrections." (Another friend claims to have come from both: "Dad's side: Thuggish confrontation, stoicism, alcoholism, seething resentment. Mom's side: Passive-aggressive behavior, WASPy repression, self-sacrificing martyrdom, Midwestern farmer mentality, alcoholism, seething resentment.")

The point is that when Tony mentioned his kids' inheritance he wasn't kidding. "How could you eat shit from him for all those years?" Meadow screams at her mother, just after insinuating that the separation was caused by Carmela's infatuation with Furio, and just before A.J. begins a desperate campaign to align himself with his father by complaining about his mom's constant nagging. "She's always screaming that my dinner's getting cold!" This, of course, only makes Tony's Old World mother-worship kick into high gear. "She works hard to make those meals!" he says, slipping A.J. a few bills and instructing him to buy her flowers.

Tony and Carmela wind up playing out a mean-mommy/bratty-baby scene of their own by the pool, and later Carmela belittles Tony's purchase of the beach house by insisting it's just a sop, "like a big emerald ring." (Tony, naturally, retorts that Carmela always knew what she was signing on for. What's more, had she married the other guy she was seriously considering marrying -- a guy whose father owned a snowplow business -- "we now know that wouldn't have suited you at all!")

If the "Sopranos" season overall was somewhat of a disappointment, the fight scenes between Tony and Carmela were worth the price of admission alone: They were more brutal than any whacking and astonishingly gimlet-eyed. The day the divorce is announced is a key moment in the lives of roughly 50 percent of Americans (and Westerners in general), yet it's hard to think of another TV scene that sets its sights on the moment it all comes unglued and never turns away.

As one friend said after watching it, "I'm sure I speak for other survivors of crappy, disintegrating middle-class marriages when I say that was a uniquely painful episode. Talk about primal scenes: The day your parents announce that it's over is a rite of passage up there with first kiss, first drink and/or joint and losing your virginity." As another one said, "I'm not exactly the emotive Kurt Cobain-style child of divorce, but that finale really kicked me in the shins emotionally." Me too. I was exactly Meadow's age when the hammer came down.

Watching the end come in waves and stages -- of hysteria ("Don't ever touch me again!"), cynical sang-froid ("That's what you came out here to tell me?"), blame ("I'm going to hell, remember? Nice thing to tell a guy going into an MRI"), guilt ("I always regretted saying that"), woeful nostalgia ("You were my guy -- you were so sweet sometimes and no one could make me laugh like you"), bitter sarcasm ("What you really crave is a little Hyundai and a simple gold heart on a chain") and petty revenge ("I have been dreaming and fantasizing and in love with Furio") -- it's hard not to wonder how creator David Chase and his writers manage to remember it all so perfectly, precisely, painfully well.

Beyond the clever "two families" conceit, "The Sopranos" has always been in a class of its own when it comes to alarmingly realistic portrayals of middle-class family dynamics. At the beginning of the season, Chase announced that season four would focus on Tony and Carmela's marriage, a somewhat bewildering statement given all that had come before.

Now it seems clear that what Chase meant to say -- but couldn't -- was that season four would focus on the end of Tony and Carmela's marriage (whether or not they stay separated, because that story is far from over.) The only thing missing from last night -- possibly apart from a scene where Meadow stops wanting to sleep with her boyfriend -- was a scene in which the ducks come home to roost. But it now seems like a sure bet they'll be back next season.