He cannot tell a lie

When Democrats charged that President Bush was unfit for his job, Bush's defenders dismissed it. But now Paul O'Neill, a classic GOP insider, says the same thing -- and it's even worse than you've heard. 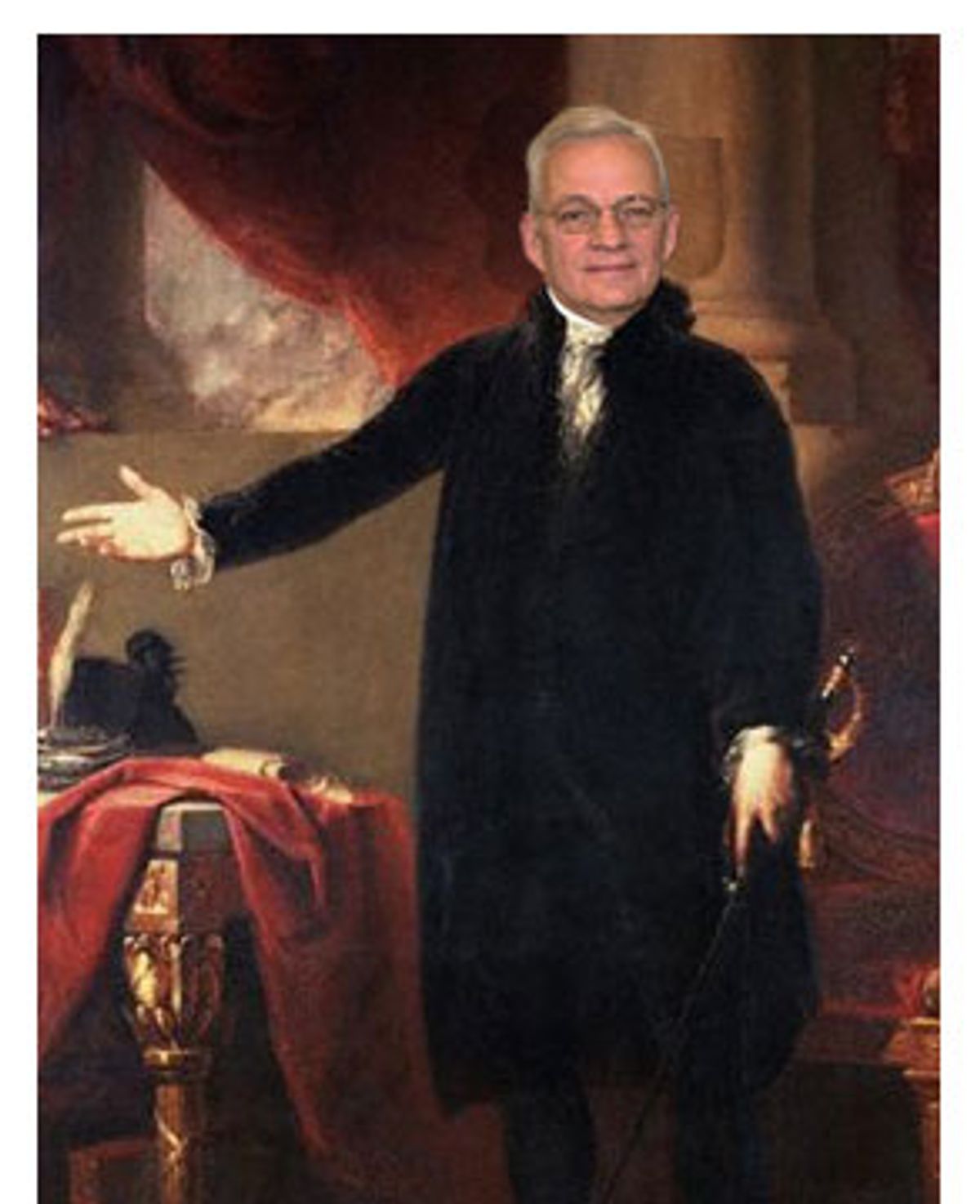 One of the operating political assumptions of the Bush administration is that the checks and balances have essentially been checked. Every Democratic effort to launch an inquiry in the Senate into the Bush administration's actions, from its abuse of intelligence about WMD in Iraq to its energy policy, has been suppressed. The watchdog press has been kenneled. Bush refers to it dismissively as "the filter" and his chief of staff Andrew Card tells the New Yorker this week that it is unrepresentative and there is no reason to treat it otherwise.

But the implacable wall has been cracked by an insider's surprising confessions, "The Price of Loyalty," as related by journalist Ron Suskind. Former Secretary of the Treasury Paul O'Neill, fired and forgotten, mild-mannered and gray, appears an unlikely dissident speaking truth to power. He was, after all, the CEO of Alcoa, a pillar of the Republican establishment.

More is involved with him than pride and pique. While O'Neill records slights and is being dismissed by some as a dotty reject, he does more than tell a few tales and confirm a few suspicions. The attack on him, consistent with Bush administration efforts to intimidate anyone who challenges the official version, underscores the inherent fragility of Bush's public persona, upon which rests his popularity. Bush's greatest political asset is his image as a strong, decisive and masterful commander in chief who also happens to be a nice man. Alongside him, Vice President Dick Cheney is viewed as the sagacious Nestor. Unlike other critics and the Democratic candidates, O'Neill's persuasiveness -- and the long-term damage he is likely to do to these icons -- comes from having served for years in the Nixon and Ford administrations, and in his firsthand critique of a government radically unlike any before it, especially Republican ones. O'Neill's threat is to a president unusually dependent in an election campaign on fear and credibility to sustain the sense of power and inevitability.

O'Neill sounds an alarm against an unfit president who lacks "credibility with his most senior officials," behind whom looms a dark "puppeteer," as O'Neill calls Cheney, and a closed cabal. "A strict code of personal fealty to Bush -- animated by the embrace of a few unquestioned ideologues -- seemed to be in collision with a faith in the broader ideals of honest inquiry."

He is upset at the regular violations he sees against his notion of "sound" government. There is, he concludes, "a pattern: either no process, or a truncated one, where efforts to collect evidence and construct smart policy are, with little warning, co-opted by the White House political team, or the Vice President, or whoever got to the President and said something, true or not."

Invading Iraq was on the agenda of the first meeting of the Principals Committee of the National Security Council, which O'Neill attended, months before 9/11, and it was pushed relentlessly. Regressive tax cuts creating massive deficits were implemented without economic justification as "the administration has managed to kill the whys at every turn." When the political team distorts basic economic numbers on tax cuts and inserts them into the 2001 State of the Union address, O'Neill yells, "This is complete bullshit!" It is "something that knowledgeable people in the U.S. government knew to be false." The business executive is shocked at the derogation of policy in favor of corporate special interests -- a "combination of confidentiality and influence by powerful interested parties" -- at the expense of even scientific evidence. He learns that moderate Republicans such as Secretary of State Colin Powell, EPA director Christie Whitman (whose effort to affirm policy on global warming is in her word "slaughtered" by Cheney and the politicos), and he himself "may have been there, in large part, as cover."

These icons were packaged with White House assistance under the imprimatur of Bob Woodward in "Bush at War." In it the president has a searching mind, seeks conflicting advice and puts policy above politics. "He had come to believe that a president should not store up political capital." He has a "philosophy" and a "vision" of "preemptive and, if necessary, unilateral action to reduce suffering and bring peace." Cheney is his wise and trusted mentor, an "efficient, solid rock": "These days he [Cheney] was worried about nothing less than the future of the world." And Bush had "found that when Cheney asked questions it was worth listening to them." These Soviet-style encomiums lack only the parenthetical: (stormy applause).

In O'Neill's firsthand account, however, Bush appears as a bully, using nicknames to demean people. He appears querulous (When Bush orders a cheeseburger and it doesn't arrive quickly, he summons his chief of staff. "'You're the chief of staff. You think you're up to getting us some cheeseburgers?' Card nodded. No one laughed. He all but raced out of the room"). He appears manipulated ("'Stick to principle' is another phrase that has a tonic effect on Bush" -- it was used by his senior political advisor Karl Rove to push for additional tax cuts). He appears incurious and, above all, intently political. When Bush holds forth it is often to demonstrate that he's not Clinton. He informs his NSC that on Middle East peace "Clinton overreached," but that he will take Ariel Sharon "at face value," and will not commit himself to the peace process: "I don't see much we can do over there at this point. I think it's time to pull out of that situation." Powell is "startled," but Bush reverts in the meeting to "the same flat, unquestioning demeanor that O'Neill was familiar with."

The "inscrutable" Cheney emerges as the power behind the throne, orchestrating the government by stealth and leaks to undermine opposing views. He uses tariffs as "political bait" for the midterm elections. When O'Neill argues that out-of-control deficits will cause a "fiscal crisis," Cheney "cut him off. 'Reagan proved deficits don't matter,' he said. 'We won the midterms. This is our due.'"

In the end, Cheney fires O'Neill, the first time a vice president has ever dismissed a Cabinet member.

O'Neill's revelations have not been met by any factual rebuttal. Instead, they have been greeted with anonymous character assassination from a "senior official": "Nobody listened to him when he was in office. Why should anybody now?" Then the White House announced that O'Neill was under investigation for abusing classified documents, though he claimed they were not and the White House had eagerly shoveled carefully edited NSC documents to Woodward.

Quietly, O'Neill and his publisher have prepared an irrefutable response. Soon they will post every one of the 19,000 documents underlying the book on the Internet. The story will not be calmed.