The Senate report on intelligence, like "The Da Vinci Code," requires some effort to crack, but what it reveals is a president who makes no allowance for dissenting views. 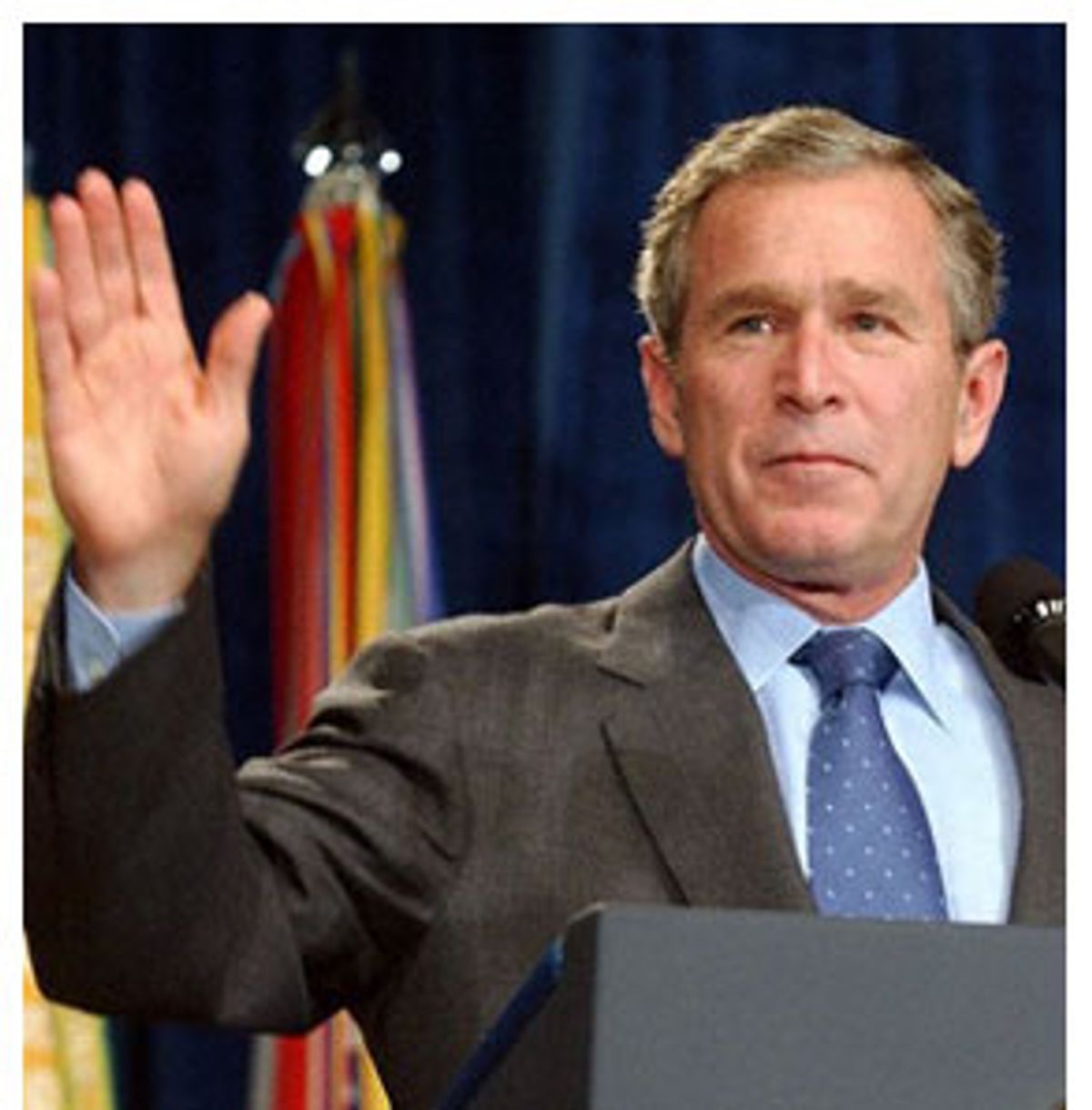 The Senate Intelligence Committee report released last week is "The Da Vinci Code" of the Iraq War. Some of the clues are in plain sight, but unless one knows how to read them, they remain cryptic. Deletions, covering one-fifth of the report, and omissions, stretching endlessly, are as significant as what's included. The story line is jumbled into incoherence, and the narrator is occasionally unreliable. The main characters are often spectral. Many of the best parts are in the appendixes. And it's all extremely dangerous.

By virtue of a deal struck before the committee conducted its investigation, the belligerent Republican majority got timorous Democrats to separate the inquiry into halves, leaving the question of the Bush administration's culpability for a second report, almost certainly to be filed after the election, if at all. This unholy arrangement enabled the report to put the burden of blame on the CIA. Republican committee chairman Sen. Pat Roberts of Kansas unashamedly declared that there had been no administration pressure to produce certain intelligence results and that the CIA suffered from "groupthink," a spontaneously generated psychosis.

For months before the war, Bush and his national security team escalated their rhetoric about Iraq's weapons of mass destruction. But there was no National Intelligence Estimate, the essential document, until demands by Democratic senators on the Intelligence Committee forced its writing. Most take months to assemble, but this one was hastily slapped together in about three weeks. "Most of the major key judgments in the Intelligence Community's October 2002 National Intelligence Estimate (NIE), 'Iraq's Continuing Programs for Weapons of Mass Destruction,' were either overstated, or were not supported by, the underlying intelligence reporting," the report states.

The freakish cognitive dissonance at the NIE's core should have been detected at the start. It broke down its judgments into levels of confidence from high to moderate to low. "Iraq is continuing, and in some areas expanding, its chemical, biological, nuclear and missile programs contrary to UN resolutions," the NIE stated. Then, it added: "We are not detecting portions of these weapons programs." Utter absence of proof, however, did not deter the conclusion from being stamped "High Confidence."

What the Senate report glaringly does not note is the name or background of the NIE's director: Robert Walpole, former national intelligence officer on nuclear weapons, a factotum of Secretary of Defense Donald Rumsfeld. Walpole had demonstrated his bona fides in an incident that prefigures the WMD debacle, the writing of the alarmist report of the Rumsfeld Commission, appointed by the Republican Congress in 1998, that asserted that the ballistic missile threat from "rogue states" was imminent in five years. That claim, used to bolster the case for creating a "Star Wars" program, had been rejected two years earlier by a similar commission headed by former CIA director Robert Gates.

The report also does not deal with the creation of an alternative intelligence operation inside the Pentagon, the Office of Special Plans, which bypassed regular channels to disseminate fabricated material originating mostly in Ahmed Chalabi's disinformation factory. But buried in one appendix is an account included by Sen. John D. Rockefeller, D-W.Va., of an internal operation against the CIA conducted by Deputy Undersecretary of Defense Douglas Feith, an entrenched neoconservative. While the CIA composed a report on the Iraq-al-Qaida connection, which the administration to this day trumpets, and for which the intelligence community could never find proof, Feith held briefings trashing the CIA's impending report. Then, without the knowledge of the CIA, Feith's version was presented to the deputy national security advisor and the vice president at the White House.

In the meantime, Vice President Cheney, prompted by what turned out to be forged documents claiming to prove Iraq was seeking yellowcake uranium in Niger, set in motion various intelligence missions that mostly succeeded in debunking the story. No conclusive evidence to support it was ever discovered, but the CIA neglected to inform Cheney, who never bothered to ask; his portentous speeches about the supposed nuclear threat from Iraq continued.

The prideful Colin Powell put himself in the hands of people he hoped would protect him, a willing suspension of disbelief in the coldest political sense. Predictably, he was betrayed. Before his Feb. 5, 2003, speech to the United Nations making the case for the existence of WMD, Powell spent days at the CIA, by this time crushed under the wheel of the administration. Powell was given disinformation about mobile biological weapons laboratories, which came from Iraqi exile sources the CIA didn't trust. The day before Powell's speech, one CIA official wanted to warn him. Another replied, "As I said last night, let's keep in mind the fact that this war's going to happen regardless of what [the source] said or didn't say, and the Powers That Be probably aren't terribly interested in whether [the source] knows what he's talking about. However, in the interest of Truth, we owe somebody a sentence or two of warning, if you honestly have reservations."

But Powell was sent before the world to speak the falsehoods with CIA director George Tenet sitting behind him. Never before has a secretary of state, the highest-ranking Cabinet officer, been treated with such contemptuous manipulation by his own administration.

The NIE was condensed to a one-page document and sent to the White House, which still refuses to release the summary to the committee. The full classified version contains dissenting caveats in its footnotes. But were those included in the one-page summary? And did Bush read the NIE in any form? On July 18, 2003, in an overlooked briefing to the White House press corps, "a senior administration official" explained: "I don't think he sat down over a long weekend and read every word of it. But he's familiar, intimately familiar, with the case because he based his decisions on the case that is both included in this and information that probably was not included in this." The official said that National Security Advisor Condoleezza Rice had reviewed the NIE. But "they did not read footnotes in a 90-page document."

In "The Da Vinci Code," paintings and signs contain the keys to the code. The Senate report, despite missing crucial information, still helps crack the code about Bush and his apostles. Bush is revealed as having a blithe disregard for anything that might interfere with his articles of absolute belief -- a man of faith.