Winning the war of words

In the battle over political language, the "flip-flop" tag is but the latest GOP victory. Progressive linguist George Lakoff explains how Democrats can reframe the debate. 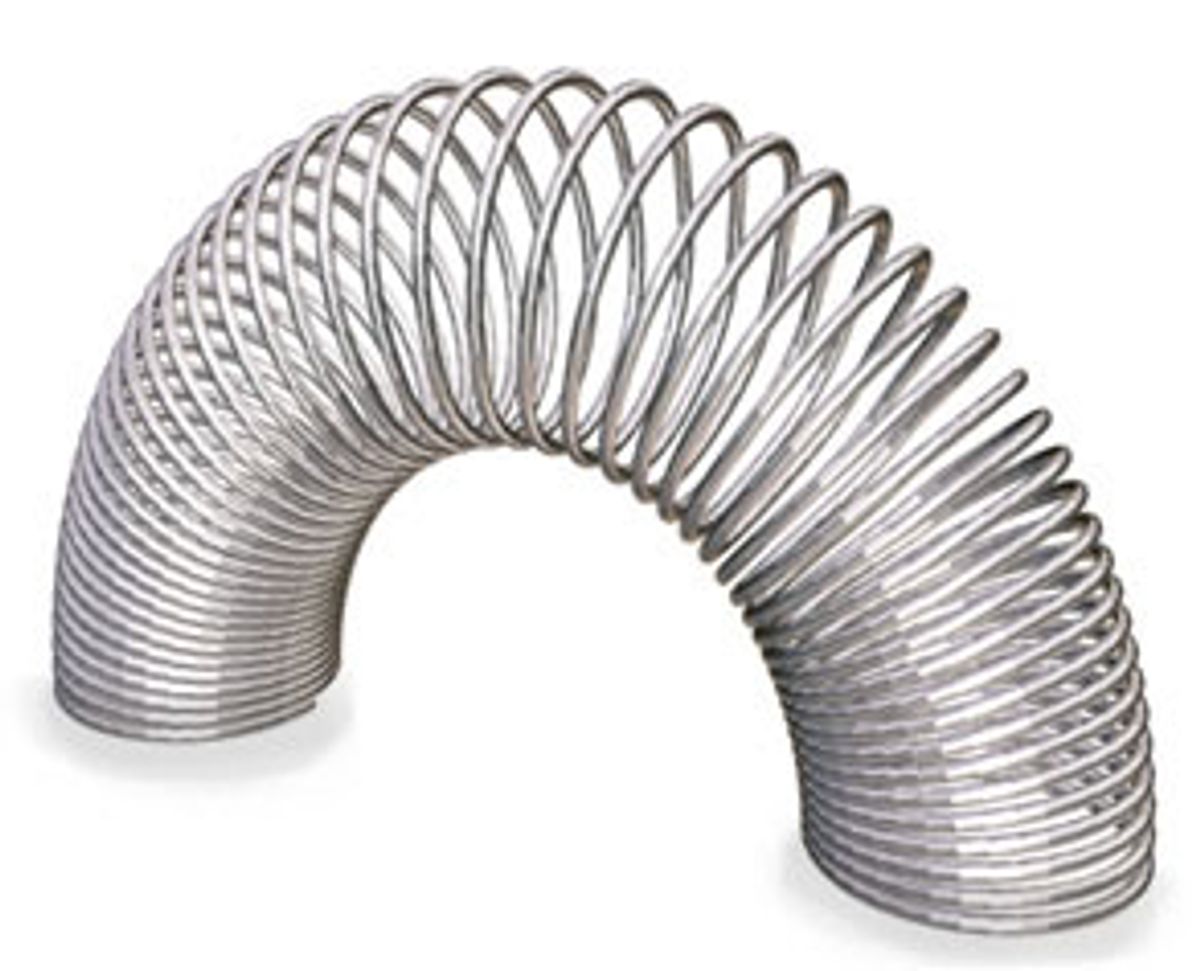 It was midway through the second half of the first Monday Night Football game this season. The New England Patriots, the reigning Super Bowl champions, were fighting off the Indianapolis Colts on their home field in Foxboro, Mass. A series of events had put the Patriots on their heels until a Colts running back fumbled the ball near the goal line and reversed the game's momentum. Al Michaels, the game's announcer, chuckled that they'd come to the right state. Massachusetts is, after all, home of the "flip-flop."

Most people tuned in to see a close, hard-fought game, not for the political commentary, yet everyone watching knew what he meant. After months of tireless repetition, the Bush-Cheney campaign's "flip-flop" charge against John Kerry has become a national cliché.

"That's exactly what research shows," said George Lakoff, a cognitive scientist at the University of California at Berkeley. "Repeat something over and over and it gets in people's brains." Republicans, Lakoff argues, have found success through "framing" issues along lines that fit their worldview and sticking to them. The Democrats aren't nearly as effective.

After months of fielding the flip-flop accusations, for example, the Kerry team mounted a countercharge, pointing out Bush's numerous about-faces. Bush fought and supported both the Homeland Security Department and the Sept. 11 commission, they said, placed tariffs on steel then lifted them, and reversed campaign pledges on foreign policy and the environment. But nothing doing. In the latest ABC News/Washington Post poll, a majority said Bush was more "honest and trustworthy" and called Kerry "wishy-washy."

The flip-flop tag's widespread acceptance and the failed attempts to unseat it point to a larger obstacle for Kerry and the Democrats if they hope to win the White House or claim a majority in Congress. The instant polls and punditry after the first presidential debate on Thursday night gave Kerry the win -- and Lakoff agreed that Bush was off his game. But Kerry still ceded an opportunity to start reframing the larger political debate, Lakoff said.

Kerry's language looked promising at times. For example, during the debate, Kerry mentioned peril and crises in North Korea, Iran and the Sudan in a critique of Bush's leadership, and after all three examples he repeated the phrase "And the world is more dangerous." That's the right idea, Lakoff said, "but he never came back to it."

In the end, Democrats are stuck playing defense for the time being no matter who claims victory in the battles of the presidential debates, because Republicans have taken the lead in the larger war. They've captured the political language.

Democrats need to follow their rivals' lead, Lakoff argues, though not by moving to the right. It's not as simple as parroting conservatives' speeches, buying a television network or shouting down opponents on talk radio.

Lakoff's advice springs from his rethinking of how American voters operate and from a few ideas borrowed from cognitive science, an approach to language conservatives found years ago "by the seat of their pants."

His book "Don't Think of an Elephant," with a foreword by Howard Dean, came out on Sept. 15 and quickly made a cameo among Amazon's bestselling books. What's surprising about Lakoff's analysis is how it can be used to make sense of otherwise conflicting ideas. His theory of political preferences, taken on its merits, offers insights into the Zell Miller enigma and might explain the mystery of why people don't vote in their self-interest.

In the reality show called American politics, you don't need to master the issues to take the White House. In fact, Lakoff and many others now argue, a stance on an issue matters less than the candidate's "values," a recognizable moral system. Many Democrats don't vote for their self-interests, and, as Thomas Frank pointed out in his recent book "What's the Matter with Kansas," most poor Kansans don't either.

"People always vote their values," Lakoff said. Democrats and liberals always assume people vote their self-interests, he said, like shoppers with a grocery list. "Polls and focus groups are based on this metaphor of a political campaign as a marketing campaign. That's just wrong. Cognitive science shows us that's not how people work."

How voters' minds work is, like the study of decision making, a source of endless debate. Political scientists assume that most people skip the hard work of immersing themselves in the issues before picking a candidate and look for shortcuts instead. But what are they, and which come first?

Lakoff's hypothesis is that political allegiances reflect two worldviews everybody shares. In his book "Moral Politics: How Liberals and Conservatives Think," he labeled them the Nurturant Parent and Strict Father models, "frames" that provide a structure for thinking about everything else.

In the Nurturant Parent model both parents share responsibility for raising a basically good-natured child to become "a happy, fulfilled person." To cooperate, both parents must find a consensus, built on honesty and open communication. The Strict Father assumes that the world is a dangerous place, a setting for constant competition and the battleground between right and wrong.

"If you've seen a John Wayne movie and understood it," Lakoff said, "if the narrative made sense, then you have the Strict Father frame." In this world the father's role is God-given, not based on consensus. Children lack a moral compass so he must protect them, teach them right from wrong and punish them when they go astray. This teaches children self-discipline, required for success. Punishment acts as a lesson. The moral road to prosperity goes through self-reliance, and there are no shortcuts.

"That is why [conservatives] are not merely a bunch of crazies or mean and greedy -- or stupid -- people, as many liberals believe," Lakoff writes in his new book. "People who have strict father morality and apply it to politics are going to believe this is the right way to govern."

Take conservative Georgia Democrat Zell Miller's speech at the GOP convention -- which all makes sense, in a way, when Lakoff's frame theory is applied. If you think of most Democrats as Nurturant Parents concerned with honest, open communication and consensus, it's only natural that they would criticize the country's father figure if they think they were misled or duped by him. Miller's choice of words at the convention and his fierce scowl seemed to reflect a strict-father follower, furious at what sounds, to him, like betrayal from his own party. He characterized Kerry's criticism of Bush as a "manic obsession to bring down our commander in chief," weakening and tearing apart the country. He told the audience Kerry was "faint-hearted" while Bush had "a spine of tempered steel" and "the backbone to best protect my family."

Republicans have succeeded, Lakoff argues, by getting people in the middle -- erstwhile swing voters, the Reagan Democrats -- to apply the Strict Father worldview to politics and by finding ways to frame the issues on their terms, with their choice of language. United Nations approval becomes "a permission slip." A tax on estates becomes a taxing of the dead, a "death tax."

But many political scientists spend their careers attempting to explain how voters come to their political preferences and aren't yet ready to embrace an outsider like Lakoff. Samuel Popkin, a professor of political science currently at the Center for Advanced Study in the Behavioral Sciences, dismissed Lakoff's ideas for making the voter's thinking process sound too simple.

Popkin has advised Democrats in presidential debates from Jimmy Carter to Bill Clinton and Al Gore. He also wrote an influential book, "The Reasoning Voter, Communication and Persuasion in Presidential Campaigns," in which he looked at different shortcuts voters take to arrive at their decisions. He calls the process "low-information rationality."

Suppose your child has a mystifying, fatal disease and you're asked to choose between two physicians. "How do you deal with it?" he asked. "You have to find someone you trust." Some people might ask their friends or try to research the disease and the physicians' backgrounds, but the material is confusing and time is short. More likely than not the physician's bedside manner will play the lead role in your decision.

Popkin says there's no single satisfactory explanation for how voters come to their conclusions. Most people use a patchwork of methods "depending on what they're looking for and that depends on the times," he said.

To gauge what people want, campaigns turn to a polling firm, although people often tell pollsters one thing and do another. Cognitive scientists have named this "unconscious cognition." People say they dislike negative campaigning and attack ads but, as the Swift Boat Veterans for Truth proved once again, going negative works wonders.

The job for progressives, Lakoff writes, is to forget the polls and reframe the debate along nurturant morality lines. Replace "lower taxes" with the words "better future." It isn't enough to counter with a list of facts, or knock a Republican argument, because that only reinforces the frame. That's the point of his book's title: When you "don't think of an elephant," you can't help but think of an elephant.

For instance, instead of saying Bush lied about the Iraq war, Kerry should talk about "a betrayal of trust," Lakoff argues. If faced with the "flip-flop" charge, Kerry's response, Lakoff said, should be to rattle off three examples in three short sentences -- "Here is the position I had and I was right" -- then shift to three examples of Bush's mistakes, pointing out, "He was wrong and he weakened the country."

That's the impression that sticks in people's minds after hearing it repeated enough. Lakoff is dismayed at the Kerry team's habit of finding a catchy slogan, using it a few times, then dropping it for a new one.

Though poll numbers consistently show that people are deeply dissatisfied with how Bush has handled the war in Iraq, many of these same people see the world as a threatening place.

"In times of conflict and crisis, people look for decisiveness and toughness," said Shanto Iyengar, director of the Political Communication Lab at Stanford. "They're not looking for someone to take care of everyone." Those dissatisfied with Bush's performance might be the most fearful, whose ideas run in the opposite direction of Kerry's "more sensitive," "smarter" foreign policy.

"Right now," Popkin said, "people are afraid. And a lot of [Americans] have very strong ideas, some of them we might find repugnant, like hitting first is good, we can do whatever we want whenever we want."

This, at least, is one area where Lakoff and the political scientists agree. Call the ideas repugnant, part of a strict father morality or just plain conservative, but many Americans hold them, and come Nov. 2 they will step into voting booths and attempt to link these ideas to a candidate. Bush, a man with a "tempered-steel spine," has made it clear to them where he stands, even when he flip-flops.

Matthew Craft is a freelance writer in New York.