It's still my church

My faith brings me profound comfort, even though the Catholic Church has failed so many others in grievous ways. 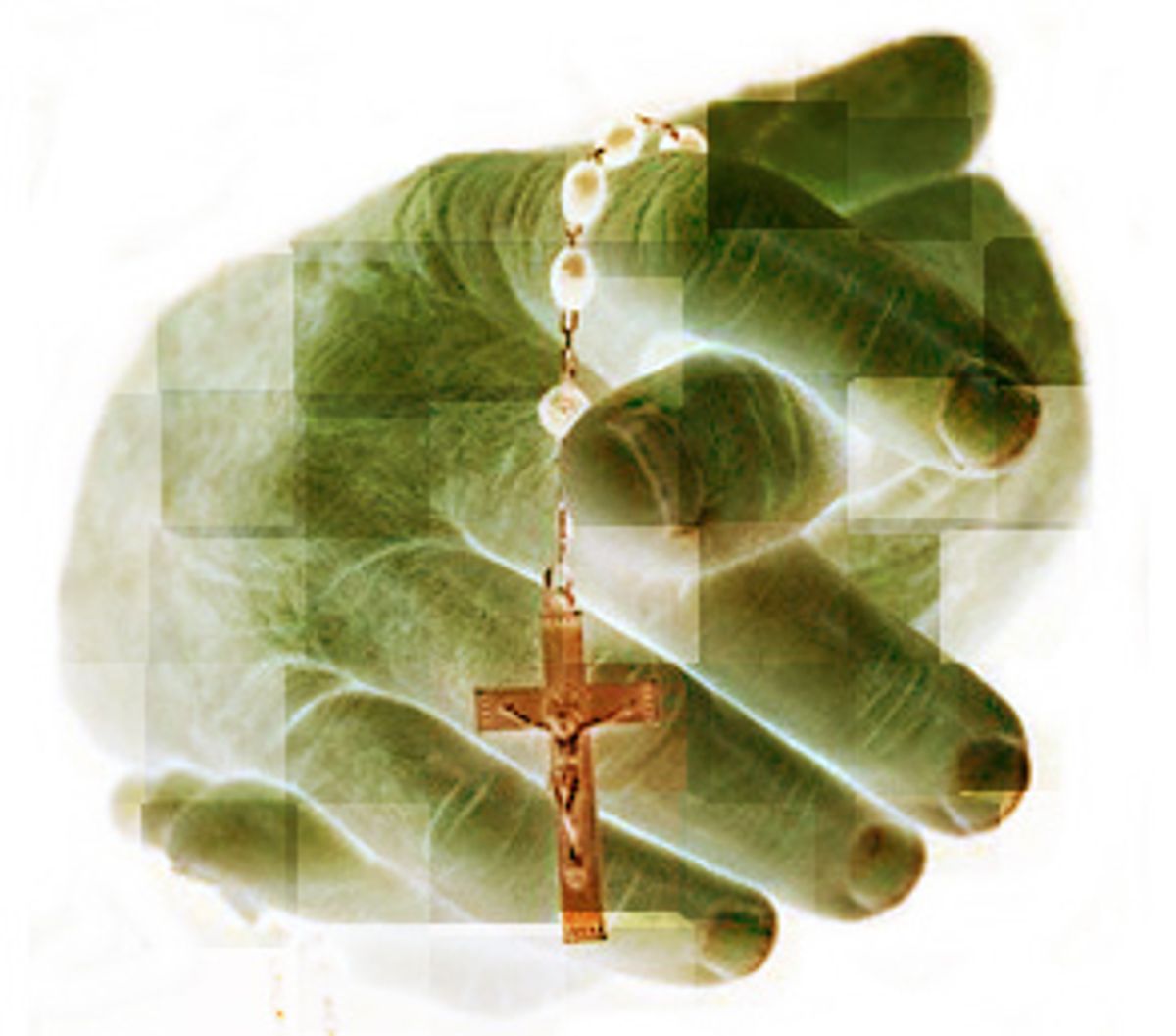 For many members of my generation, their first big stadium show meant Bruce Springsteen or Journey. For me, it was the pope. Granted, I wasn't the hippest 13-year-old in New Jersey, but I was far from alone in New York's Madison Square Garden that day in 1979. And I'm not the only one now still mesmerized by the man in the white robes, still searching for the divine. No matter how much time passes, no matter how exasperating and infuriating the church gets, Roman Catholicism was marked on my soul the day I was baptized, and that mark is there still.

I lived my childhood in a brief and happy moment of post-Vatican II religion, an era of guitar Masses and "Godspell," when Jesus enjoyed a period of hippie chic. My Catholicism blended the gorgeous, hypnotic ritualism of my traditional, working-class environment with the progressiveness of '70s environmentalism and ecumenicalism. Difficult as it is to convince people of this now, some of us were raised then to believe that our religion represented something positive -- tolerance, peacefulness, nonmaterialism. And when a new pope ascended to the throne of St. Peter and, a year later, took the monumental step of announcing an intensive, multicity visit to America, we were honored and excited.

That was before the expanding women's movement made the pope and his church's refusal to expand the role of women in ministry look ridiculous. Before AIDS made his hard-line stance against condoms seem downright cruel. Before an explosion of revelations about sexual abuse by priests exposed so many of the church's higher-ups as both actively criminal and silently complicit in the worst crimes against childhood.

My church was never anywhere near perfect, even before it all hit the fan. I had teachers tell me that my mother, abandoned by my father when she was pregnant, was in a state of mortal sin for her divorce. I heard nuns teach with utter conviction that non-Christians were not allowed in heaven. And living with my grandmother showed me firsthand the awful mental and physical toll that bearing multiple children, as a good Catholic wife was expected to do, could extract on a family.

Yet I shrugged off the dismissals of my mother and others. I believed then, as I do now, that it's possible to love the institution while acknowledging the jackasses that populate it. I can be horrified by the actions of my government and still believe in democracy. I can survive terrible teachers and be grateful for my education. And I can put up with some real pissers in the church and still find a profound comfort in my faith.

My grandmother's sister was my best Catholic role model. She laughed easily and shared unquestioningly. She rebuffed consumerism as effortlessly as most of us abide it. She harbored no prejudices and carried no grudges. And when Parkinson's disease robbed her, as it did John Paul II, of her vigor, she took to death with the same fearless serenity she'd shown life. I used to think, when I was a more cynical young woman, that it must have been so easy for her. She had her church and her pope, and her loyalty to them was unshakable. Now I see how hard faith really is.

In my educated, quasi-sophisticated world, Christians in general are pretty much assumed to be evangelical yokels; and Catholics, superstitious, sexually repressed zealots. It's one thing to share a few amusing anecdotes from parochial school days. It's another, nearly impossible thing to admit to having a genuine, abiding stake in the faith, or to be moved watching pilgrims flooding into St. Peter's. Religion has been hijacked by its most embarrassing and sometimes downright evil representatives. To which I say, thanks a lot, assholes. Because I want to believe I can be inquisitive, conflicted and utterly critical and still believe in something bigger than myself. I want to denounce the wrongdoings of the institution while grieving for the man whose picture adorned the walls of my childhood home.

I christened our daughters Catholic, though my husband is Protestant. It meant more to me than to him. As my children get older, I try to impart the lessons I learned growing up -- about seeing the good in others, about mercy and generosity. It is harder for me to tell them about the parts of the church I don't agree with -- the rigidity and the poor history with women, gays and countless other groups. All I can do is ask them to look into their souls, and trust the voice of their own consciences.

If the teachings of the church and the rhetoric of John Paul II were completely in conflict with my heart, it would be easy: I could walk away any time. But how do I reconcile what I know now with a philosophy that brought gentleness, simplicity and connectedness to my life? Can I forgive a man who looked the other way while my contemporaries were being abused, even though he was also a man who spoke passionately against war and for tolerance? If I ask to be loved not just for my best self but for my sins, and if I believe in a God who challenges me to be good but embraces me even when I'm weak, how can I not do likewise? I'm just a Catholic, and that's what we do.