Tony Blair wouldn't come clean about his deep problems with the Bush team, making him look furtive and dishonest. And he paid the price at the polls. 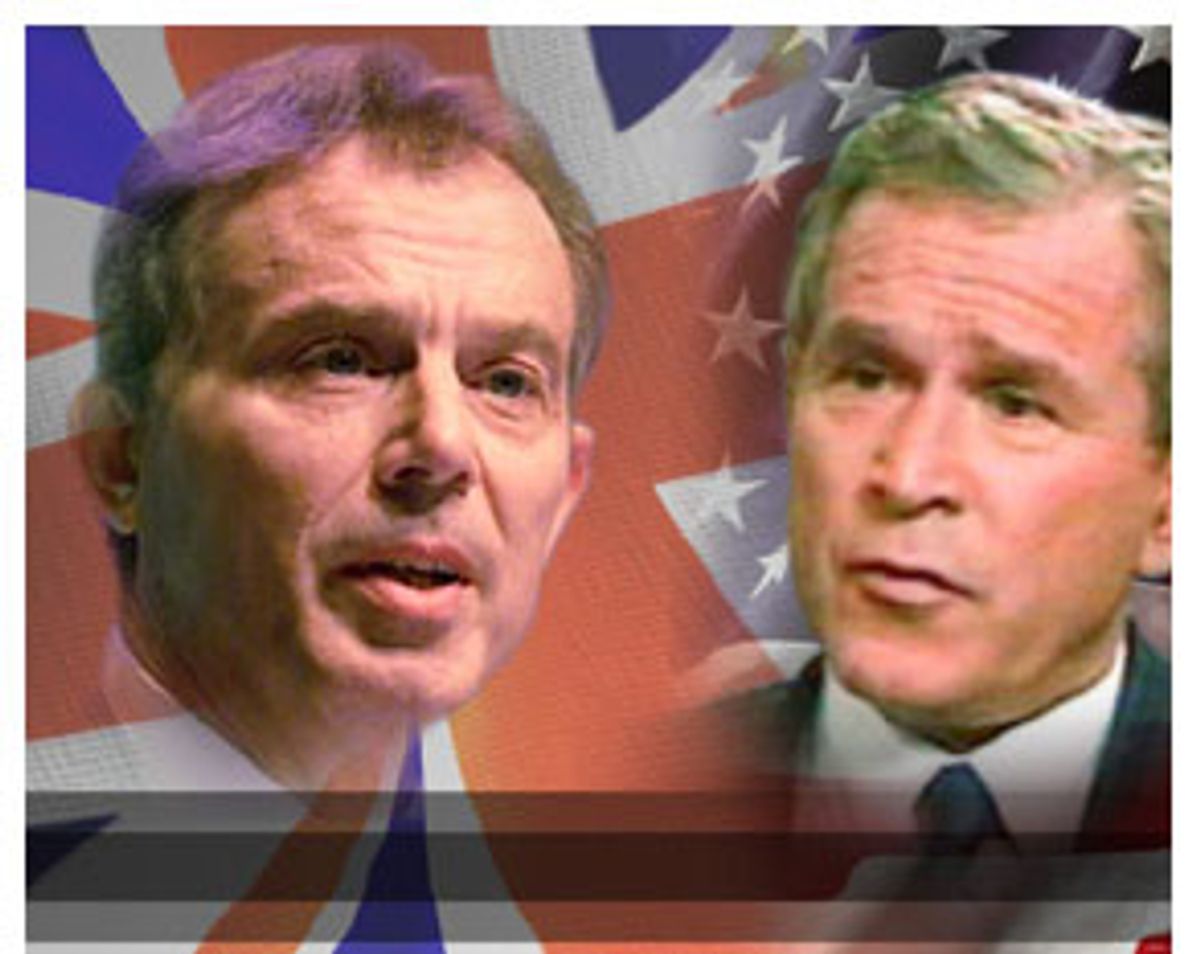 Tony Blair's nearly fatal political strategy in Britain's election inadvertently but inevitably exposed him to the dilemma of his special relationship with President Bush. Blair had attempted to wage a campaign that skirted Iraq, which voters cited as the overriding issue in their disillusionment with the prime minister, with only about one-third willing to admit they trust him. His invitation to voters to vent their frustration at the beginning of the campaign, the so-called masochism strategy, naturally surfaced their anger over Iraq. But once he had raised the level of political toxicity, Blair simply froze.

Blair had achieved the extraordinary feat of persuading the Labor Party to transform itself into a party that wins power. But this time his ability to persuade was exhausted. When confronted with the criticism he had summoned, he offered no argument. Instead, he pushed voters away with a defiant exasperation that provoked their resistance as he challenged them to judge him. Why wouldn't Blair persuade? Was it just weariness or ambivalence?

Blair knew that arguing over Iraq would blot out his effort to discuss his program for a third term. But his tongue was tied for other reasons as well. As the head of government, he could not speak of his disagreements with Bush. Out of loyalty to an ally, the national interest and protocol, he couldn't acknowledge that he had urged alternative policies on Bush.

Blair never mentioned how he had wrung a commitment (honored or not) out of Bush to restart the Middle East peace process. He did not discuss how the Bush administration had systematically ignored the British representative in Iraq, Jeremy Greenstock. He did not note that Downing Street spit blood over the depredations visited on it by the bullying John Bolton and the rest of the neoconservative cabal. He did not allude to his national security team's consternation over Condoleezza Rice's incompetence. He did not reveal the many ways he had supported Colin Powell in his struggles with Donald Rumsfeld and Dick Cheney. Blair's stalwart refusal to be transparent about his own good faith and positive actions contributed to his image as dishonest and furtive.

Blair's interlocutor within the Bush administration, Powell, had a parallel quandary, and they bonded -- and were exploited and tarnished together. Of course, if Blair had not joined with Bush he would have opened a large window of opportunity for the Tories. But Blair, like Powell, also convinced himself that going along in public was essential to his efforts to influence Bush behind closed doors. Every time Blair made a slight gain, like Powell, his delusion of influence was reinforced. Both undervalued their leverage.

Blair knew that Bush had no practical post-invasion scenario other than the neoconservative fantasy of a flower-strewn parade. "There was little discussion in Washington of the aftermath [of] military action," according to the memo summarizing the report by Richard Dearlove, head of MI6, to Blair on July 23, 2002.

Before the war, Powell presented the State Department's 17-volume "Future of Iraq" prospectus, but was ruthlessly shoved aside; Blair, cornered, felt compelled to go to war without a plan. Thus regime change was botched from the start. It was a subject he could hardly discuss in his campaign. He was perpetually cornered.

British prime ministers have misjudged American presidents to their detriment before: Winston Churchill and Franklin Roosevelt over the fate of the British empire, Anthony Eden and Dwight Eisenhower over Suez. The special relationship has been fraught by prime ministers intent on maintaining its veneer. Rumsfeld crudely drew attention to the inherently unbalanced nature of this alliance on the eve of the Iraq war when he declared that British military forces were unnecessary -- "There are workarounds," he said.

In his relationship with Bush, Blair apparently misread the outward signs of American culture and interpreted them through British eyes. Bush can be so amiable and informal dressed in blue jeans that his manner may be mistaken for openness and cooperation when it conceals a particular type of American class superiority and indifference. Bush, after all, seems so friendly compared with the glowering Cheney, who clawed his way upward. It's not easy for someone who has never traveled in America to grasp the evolution of the Bush family from Northeast patricians to Texas Tories, and the dissolution of the New England character along the way, especially the sense of responsibility, duty and humility.

Bush's amiability toward Blair merely demonstrates his acceptance of the prime minister into his private club. But even if Blair got Bush exactly right in every nuance, the outcome remains the same. (Chancellor of the Exchequer Gordon Brown, Blair's presumed Labor successor, and Bush are a car crash waiting to happen. Bush has an instinctive revulsion against serious intellectuals with little capacity for the locker-room-like banter that is his mode of condescension.)

The underlying events that produced this election result provide a harsh, cautionary and unsettling lesson not only for Blair. British prime ministers to come will take the story of Blair's embrace of a powerful ally's mendacity and Blair's subsequent loss of his country's trust as a warning. Future U.S. presidents will be regarded with underlying suspicion far into the future. By chastening Blair, British voters have applied the only brake they have on Bush's foreign policy. But the damage done to the U.S.-U.K. relationship may have incalculable long-term negative consequences for the world.