My kids' favorite snack smells funkier than poop, has questionable nutritional value and leaves a trail of bright green powder in its wake. Still, I can't imagine life without it. 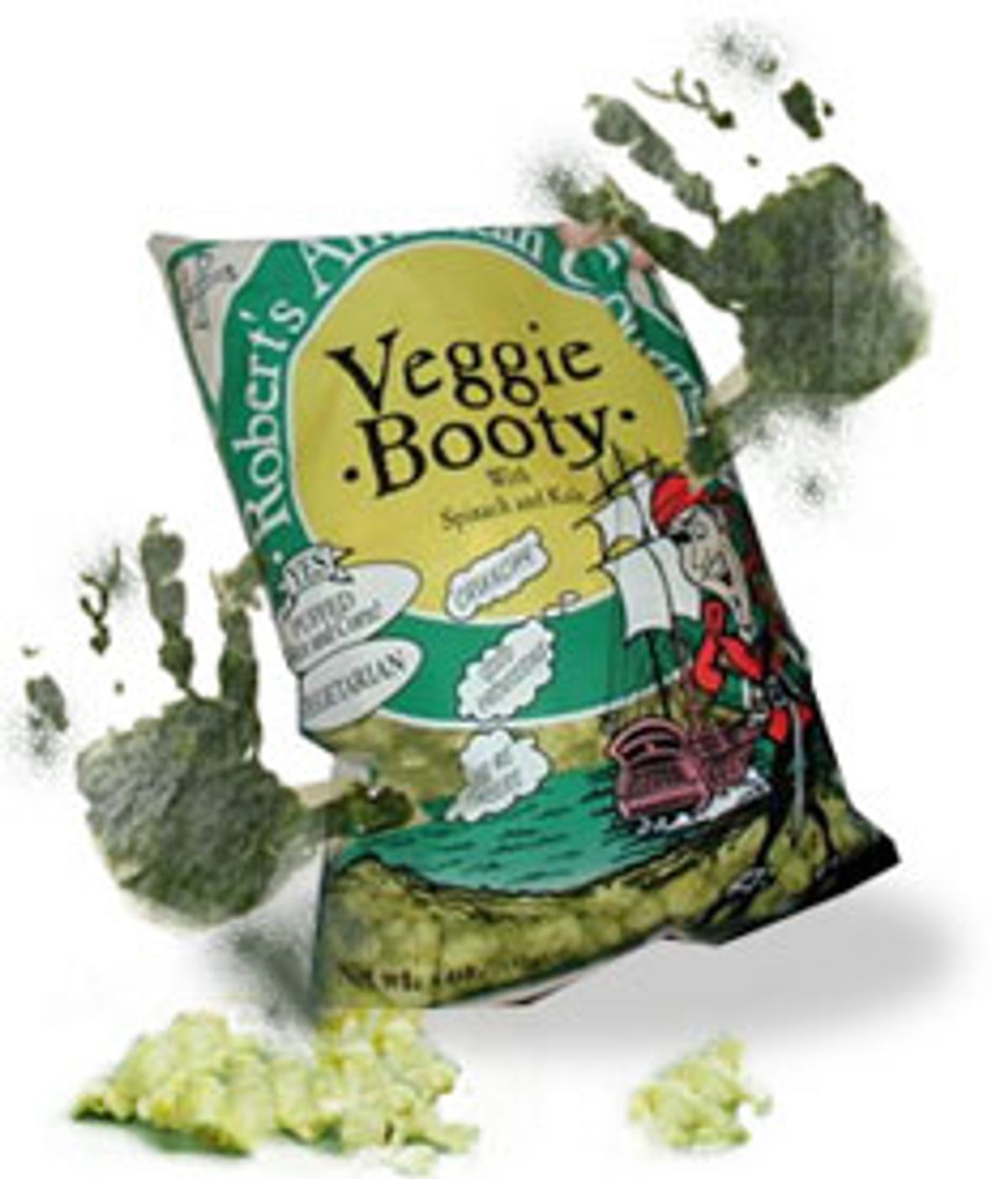 Veggie Booty is basically crack for babies. Which is exactly why parents buy it.

As with most recreational substances, I first encountered Booty at a party. We were at some friends' apartment celebrating their son's first birthday when I noticed a cluster of diaper-clad revelers hovering near a bowl of bright green nuggets. Never one to miss out on a good thing, my daughter crawled over and shoved a handful down her throat. The look that crossed her face that moment told me instantly that she had kissed the sky.

I sniffed at the bowl skeptically. It smelled funkier than day-old poop. On closer inspection, I discovered that it was powdery, and left a delicate green calling card on everything it touched. I gingerly deposited one on my tongue. It tasted like dirt.

But babies will eat this stuff like it's going out of style, so what the hell.

Allegedly it's made of kale and other vegetables that are a traditionally tough sell with kids. It may be coincidence, but my now 5-year-old does eat her spinach with nary a whine. That's not why I spent her toddler years covered in grassy flecks, though, or why her baby sister now drools emerald. I've never pretended anything that noxious automatically must be nutritious, a suspicion borne out a few years ago when the company that makes Booty was called on the carpet for clocking in with a far higher fat and calorie content than it had boasted on its labels. (It has since adjusted its claims.) While Veggie Booty probably isn't in the same class as the Ding Dongs and Funyuns I cut my teeth on, I don't ply my offspring with the stuff because I think I'm doing them some big vitamin-enriched favor.

It's because Booty makes them happy. Cheesy Pirate's Booty, Fruity Booty, too, but always first and foremost Veggie Booty. Perhaps it's the way it melts so effortlessly in their largely toothless mouths. Perhaps there's something in its musty aroma that reminds them of sweat and milk and their own, less perfumed odors. Or maybe it's just a baby thing, like peeing in the tub, and I should stop trying to figure it out.

All I know is that when I bust out the bag on the playground, I am the Man. A mere rustle of plastic, and every non-toilet trained citizen of the neighborhood comes scooting over on those barely ambulatory feet. I think, "This must be how Barney feels." And if as a bonus a handful of Booty buys me a few minutes of my rugrats' contentment while I make a phone call, greet a neighbor, or complete a transaction at the Eckerd, so be it. When it comes to my kids, sometimes I've got to just let them feed their heads.

We want to hear about the trinkets, devices, conveniences and extravagances that have you smitten. (Please remember: Any writing submitted becomes the property of Salon if we publish it. We reserve the right to edit submissions, and cannot reply to every writer.)