The press chases the prosecutor down courthouse halls, panting like dogs after the meaningless scraps of information he tosses us. 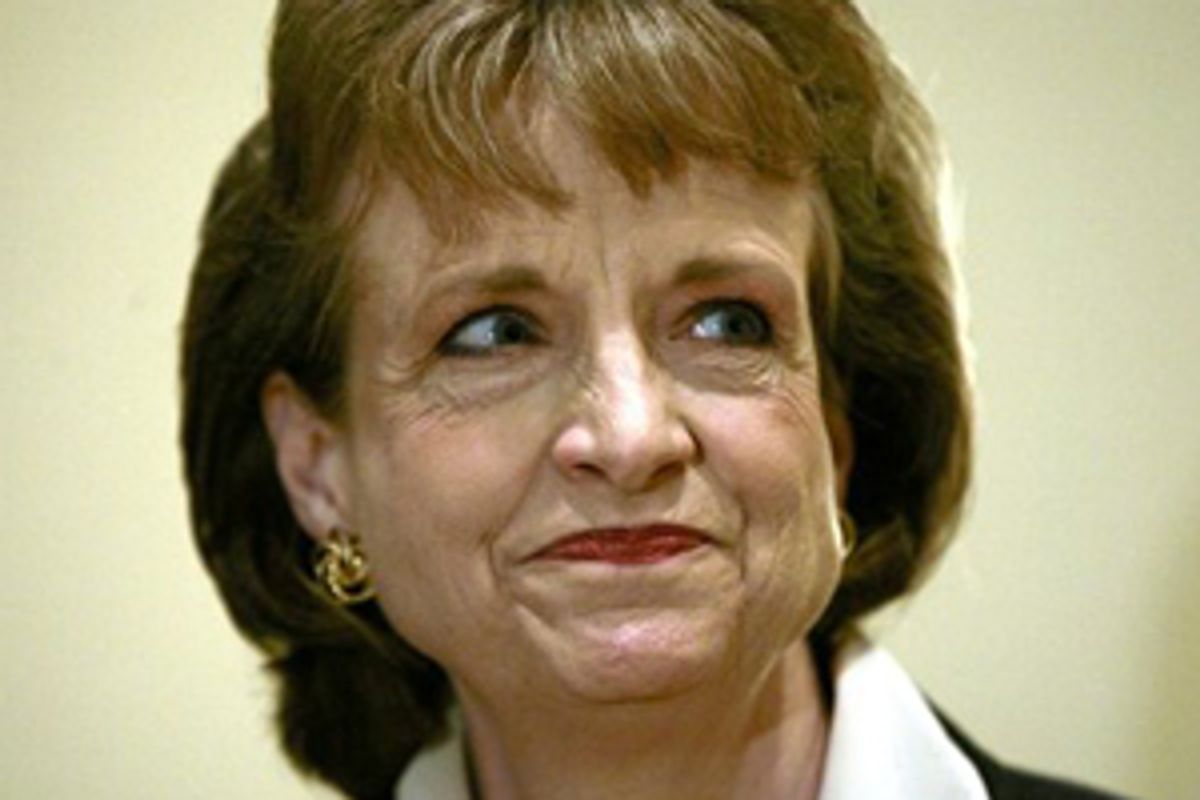 But it also became clear that he may be a bit out of practice as to the custom of speaking off-the-record. Typically, the source and the reporter must agree first to the terms of the discussion. Once agreed, the reporter must be prepared to go to his or her grave, or at least to the door of Fitzgerald's grand jury room, to keep that pledge. (See: Miller, Judith; Cooper, Matt.)

Fitzgerald's technique was a bit cruder. At two points near midday, he could be seen by passersby barreling down the first-floor hallway of the U.S. District Court in Washington, asking an entire pack of reporters, and presumably the passing public in earshot, to treat his comments as "off-the-record."

This reporter was present for the second hallway sprint when Patrick Fitzgerald went "off-the-record." It was a chaotic scene shortly after 1 p.m. With aides at his side, he walked at a brisk clip surrounded by more than a dozen scribes, one from nearly every major newspaper and network, many of them barking questions as they chased him. Though your faithful scribe had no opportunity to agree to Fitzgerald's off-the-record request, let alone make eye contact with him, you will not find the words he spoke here. Prosecutor Fitzgerald, of course, is not someone to argue with about the technicalities of reporter-source communications. He said a few words, and then he walked out the courthouse door. Before anyone could catch his or her breath, Fitzgerald had already made his way into the back seat of a champagne-colored Crown Victoria, which whisked him away.

It can also be recorded in these pages that rumors had already been making the rounds through the courthouse for nearly an hour about the substance of the first "off-the-record" utterance, a major event by the man who holds the nation's political future in his briefcase. Apparently, he had said, "I'm leaving," according to several secondhand accounts. In other words, Fitzgerald appears to have told reporters, "off-the-record," that his session behind closed doors with the grand jury was done for the day. There would not be, at least immediately, a press conference at the courthouse steps. No frog marching of I. Lewis "Scooter" Libby or Karl Rove. No relief to the weeks of building speculation over the fate of the Bush White House.

For the nearly two dozen print reporters and television producers who had spent the day scrambling through the corridors of the courthouse like fevered rats sniffing for cheese, this was a bit of a letdown. The pack had proved itself particularly inept Wednesday, always standing on the wrong side of the grand jury door or in the hallways, rustling papers and thumbing BlackBerrys, as confused as everyone else. Reporters nodded and smiled in unison at members of the grand jury as they filed in and out of the elevator, cradling coffee or walking on canes, wearing winter coats or shouldering large purses. But that was it. Hardly a word was exchanged. To pass the time, reporters traded theories about what was going on. One cable news producer cradled a walkie-talkie and could be heard at one point saying to an associate at another position in or around the courthouse, "Red dog, this is Grey Fox." Another reporter, betraying some frustration, mused about her own profession, "We sound like such losers, and that's because we are."

The morning had certainly started on a somewhat more optimistic note. Fitzgerald, upon entering the courthouse, had stayed firmly "on-the-record."

"Today the day?" one reporter asked him after he had passed through the metal detector. "I've got no comment, sorry," he said, striking a sympathetic tone.

Another reporter tried a less direct tack. Referring to the swarm of cameramen outside the courtroom who had all but assaulted him with their lenses when he arrived at the courthouse, she said, "They are getting some good shots of you."

Fitzgerald, who knows the whole world is waiting for him to speak, took the bait. "Oh," he said, in an admirably self-deprecating tone. "There is no good shot of me."

And that's about all -- on-the-record -- we got from Fitzgerald.