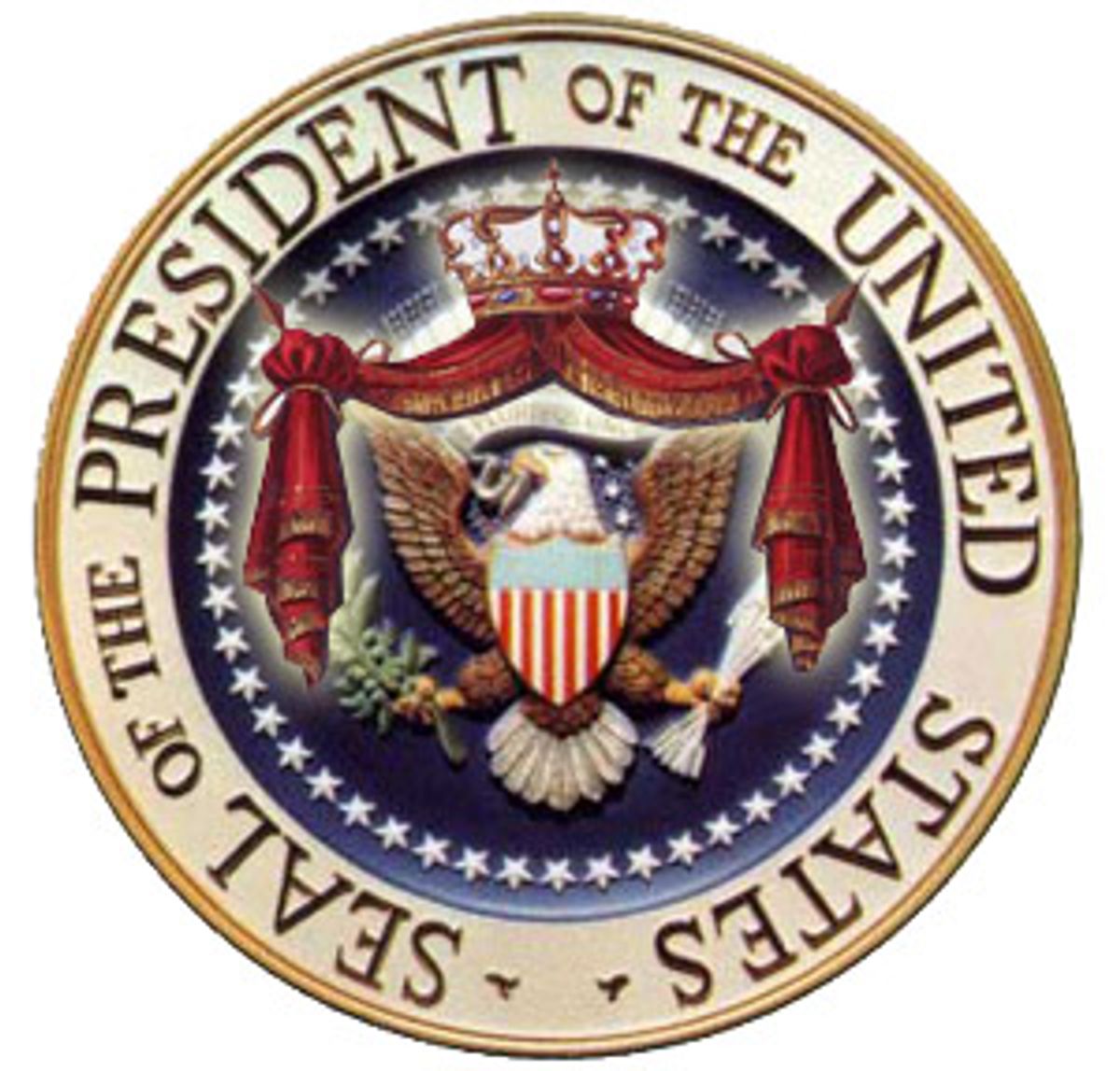 "If the president deems that he's got to torture somebody, including by crushing the testicles of the person's child, there is no law that can stop him?"

"No treaty," replied John Yoo, the former Justice Department official who wrote the crucial memos justifying President Bush's policies on torture, "war on terror" detainees and domestic surveillance without warrants. Yoo made these assertions at a public debate in December in Chicago, where he also espoused the radical notion of the "unitary executive" -- the idea that the president as commander in chief is the sole judge of the law, unbound by hindrances such as the Geneva Conventions, and possesses inherent authority to subordinate independent government agencies to his fiat. This concept is the cornerstone of the Bush legal doctrine.

Yoo's interlocutor, Douglass Cassel, professor at Notre Dame Law School, pointed out that the theory of the "unitary executive" posits the president above the other branches of government: "Also no law by Congress. That is what you wrote in the August 2002 memo" (one of Yoo's memos justifying torture). "I think it depends on why the president thinks he needs to do that," said Yoo.

Unquestionably, Judge Samuel Alito's self-professed "strong" belief in executive power was one of his greatest if not paramount credentials for Bush's nomination of him to the Supreme Court. The "unitary executive" is nothing less than "gospel," declared Alito in 2000, a theory that "best captures the meaning of the Constitution's text and structure."

In his manner before the Senate Judiciary Committee confirmation hearings this week, Alito has been punctilious, prosaic and dutiful in repeating the talking points his political handlers have drilled into him. He seems like an understudy for the part of Willy Loman. But behind the façade of the supplicant, who wants to be liked, well liked, seethes a man out to settle a score.

Few public figures since Richard Nixon have worn their social resentment so obviously as Samuel Alito does. In his opening statement, trying to paint his self-portrait as a self-made man, the bland Alito made a brush stroke of hostility. The son of a middle-class civil servant in New Jersey, he attended Princeton and Yale Law School, which provided him a glide path to success. "Both college and law school opened up new worlds of ideas," he testified. "But this was back in the late 1960s and early 1970s. It was a time of turmoil at colleges and universities. And I saw some very smart people and very privileged people behaving irresponsibly." Despite all the "turmoil" around him, by all accounts Alito spent his university years undisturbed; there was no transforming incident in which he was rebuffed or insulted.

Alito further explained himself in his job application to the Reagan Justice Department. His interest in constitutional law, he wrote, was "motivated in large part by disagreement with Warren Court decisions," "particularly" in the area of "reapportionment." In fact, the Warren Court decisions in that area established the principle of "one person, one vote." Alito's career in the law has been a long effort to reverse the liberalism of the Warren Court.

When Alito served in the Justice Department, he argued that the federal government had no responsibility for the "health, safety and welfare" of the American people (a view rejected by President Reagan); that "the Constitution does not protect the right to an abortion"; that the executive branch should be immune from liability for illegal domestic wiretapping; that illegal immigrants have no "fundamental rights"; and that police had a right to kill an unarmed 15-year-old boy accused of stealing $10, a view rejected by the Supreme Court and every police group that filed briefs in the case. He also wrote a memo arguing that it would be legal for employers to fire and for the federal government to exclude from any of its funded programs people afflicted with AIDS because of "fear of contagion whether reasonable or not."

As a judge, he has ruled consistently for employers against individual and civil rights, and for unbridled executive and police power. Against the majority of his court and six other federal courts, he argued that regulation of machine guns by the federal government was unconstitutional. He approved the strip search of a mother and her 10-year-old daughter although they were not named in a warrant, a decision denounced by then federal Judge Michael Chertoff, now secretary of homeland security, as a "cliché rubber stamp." Alito ruled in favor of a law requiring women to notify their husbands if they plan to have an abortion, which was overturned by the Supreme Court on the vote of Justice Sandra Day O'Connor, who stated, "A State may not give to a man the kind of dominion over his wife that parents exercise over their children."

Alito's decisions and dissents predictably flow from his politics. On the Supreme Court, as O'Connor's replacement, he will codify the authoritarianism of the Bush presidency even after it is gone.