Jack radio is cheap and soulless and all about random sex; it's also the new love of my life. Who needs Howard Stern? 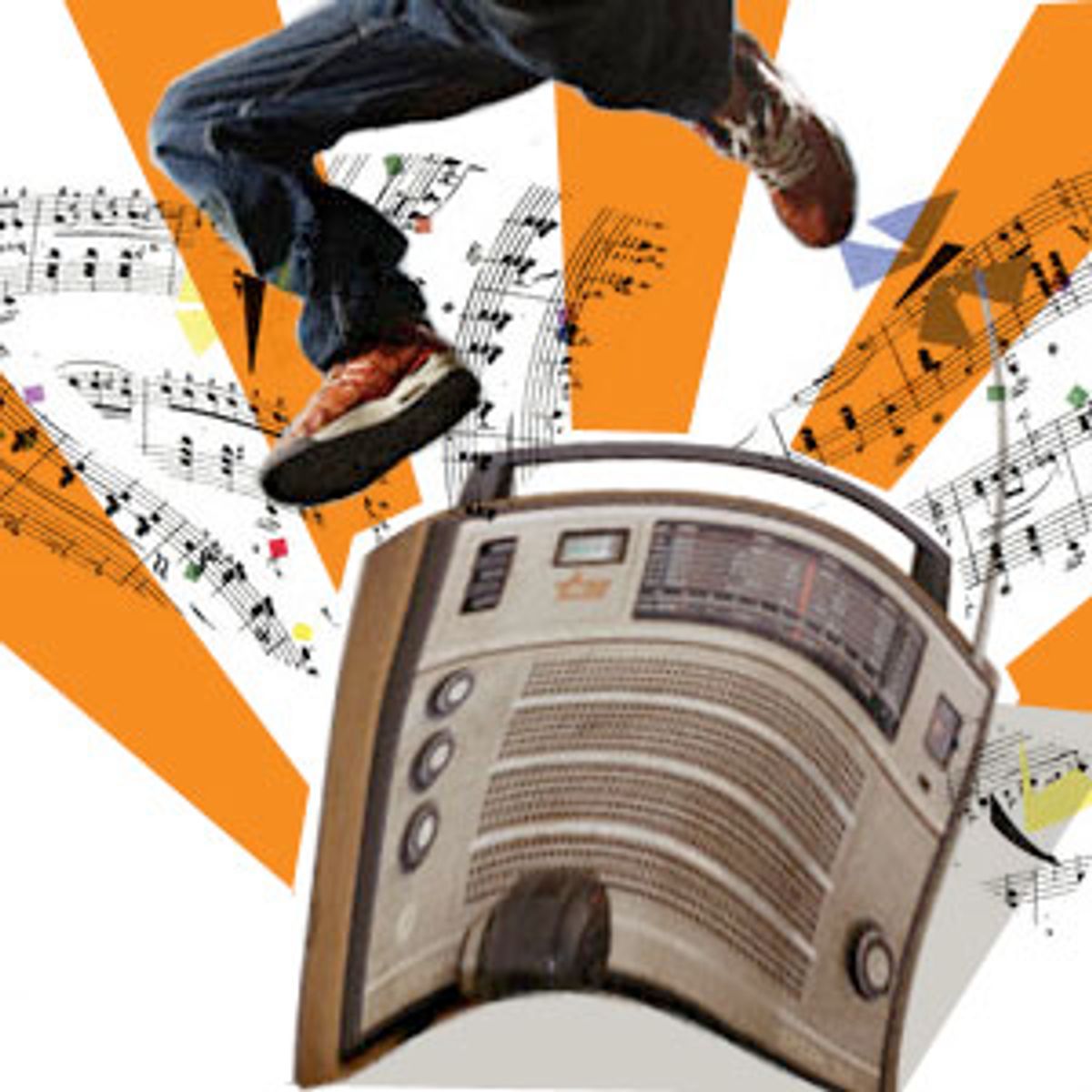 He had me at "Mr. Roboto." I know he's just a shallow phony, a shill for The Man, a calculated pretender affecting a hipness he blatantly lacks. But if loving Jack, the new radio format spreading Starbucks-like throughout the country, is wrong, I don't want to be right. Because after years of having it the other way around, my radio is finally turning me on.

I'd given up on ever finding anything on the local dial decades ago. In college, I spent a summer working at a top-40 station. Three months of sitting in the veal-fattening pen with a bunch of slick-voiced would-be DJs, listening to Bob Seger's "Like a Rock" over and over, effectively crushed my interest in the airwaves. Sometimes I took a walk on the quirky side and tussled with college stations, and in later years I searched the Web for destinations with playlists that were eclectic without being affected. But frankly, my aural libido had pretty much died. Then fate threw me in the path of Jack.

And if he hasn't already, Jack will doubtless be sauntering in your direction soon too. Infinity has already replaced a few of the local rock stations that carried Howard Stern with Jack's irresistibly prefab format.

My own love affair began, as these things often do, one Friday evening last summer. It was too late in the day for another Snapple, too early to start cracking open the beer. I turned the radio on to the golden oldies station, in the hope of catching an up-tempo classic to help me regain the will to live. Flicking on the dial, I didn't hear the usual "Help Me Rhonda" or "My Girl" - but I did find Elvis. As "Radio, Radio" blared, I pogoed around the living room in amazement like some idiot in a John Hughes movie. It was instant, breathless infatuation. A bland voice deadpanned, "We're Jack." Well, helllllo, mister.

By the next day, the news was out. The station's owner, Infinity, had sprung the surprise format change just minutes before I'd happened to tune in. The oldies and the stable of the city's most venerable DJs were out. The new image would be modeled more on the iPod's shuffle, with an automated playlist of thousands of songs from the last few decades, and no disc jockeys. With little bits of patter between songs now delivered in a prerecorded, just-not-that-into-you drone, Jack was about as genuine as a 2 a.m. pickup line. And for me, just as promising.

Like Rush, Men Without Hats, and Dudley Do-Right, Jack originally hails from Canada. His "variety hits" format took its name from a Vancouver DJ's on-air persona and migrated to the States in 2004. Why give a radio station a guy's name? Because you can't get the hots for something called Smooooth or Lite. But Jack? That's someone you banged, or wish you had.

In the ensuing weeks, Jack has become my new constant companion. He's like the investment banker I used to date. The guy had a ponytail. He was a soulless yuppie douche bag. But he radiated horniness, and there are times in a woman's life when that's just her type.

While the deluge of business-related articles written about Jack lately have focused on his ADD-level playlist and efficient elimination of costly on-air personalities, the real secret to Jack's allure is his blatant 24-7 fixation on sex. Sure, hooking up is an inevitable motif in any pop-based playlist. But Jack is never more than one song away from another ode to shagging. "Justify My Love" follows "Let's Get It On" follows "Give It to Me, Baby." Which is followed by an ad for car insurance, just to mess with my head.

As a woman in the death throes of her 30s, I know I'm an easy mark for an operator like Jack. I don't know what he looks like, but Jack smells like Obsession. More than half of his playlist is composed of top-40 hits from the '80s. It's the music you remember hearing on an overheated night in a parked car, right down to the awesome song followed by a sucky one. It's a lyrical reminder of that time in life when going all the way still meant something, and "I Was Made for Loving You" wasn't a piece of ripe musical cheese but a full-blown state of mind. Listening to Jack feels like being buzzed on wine coolers, making out to the Cure with a stranger at a party - a little nauseating, but fun as hell.

There are Jacks now all over the country, in dozens of cities from Las Vegas to Buffalo. Every market he penetrates with a cocky swagger. He slightly adjusts his personality to blend with local tastes, yet he remains essentially the same guy wherever he goes. In Philadelphia, he's Ben. In the South, he's Hank. Last month, I drove around New England, and at a certain point on the road Jack went away and Mike took over. Mike's not my Mr. Right either, but for a few days, he was Mr. Right Now.

I keep telling myself this thing with Jack is a fling, a little "Hot in the City" to get through the long, cold winter nights. We'll never make it stick, what with his repetitive, canned small talk and penchant for 38 Special. And it's killing my self-esteem when I realize he's got me singing along to Stevie Nicks and feeling like a creature of dubious, potentially deviant appetites.

But my preferred pleasures have always been the guilty kind. Even if I finally pony up and make the commitment to get an iPod of my own, and even if I fill it up with obscure B-sides and alternate tracks, I know I'll keep Jack on the side. Because tonight he might just play "Shame." And I'll know he's playing it just for me.