The world will remember Wendy Wasserstein for her amazing plays -- "The Heidi Chronicles," "The Sisters Rosensweig" and others -- but what I'll never forget is her laugh. 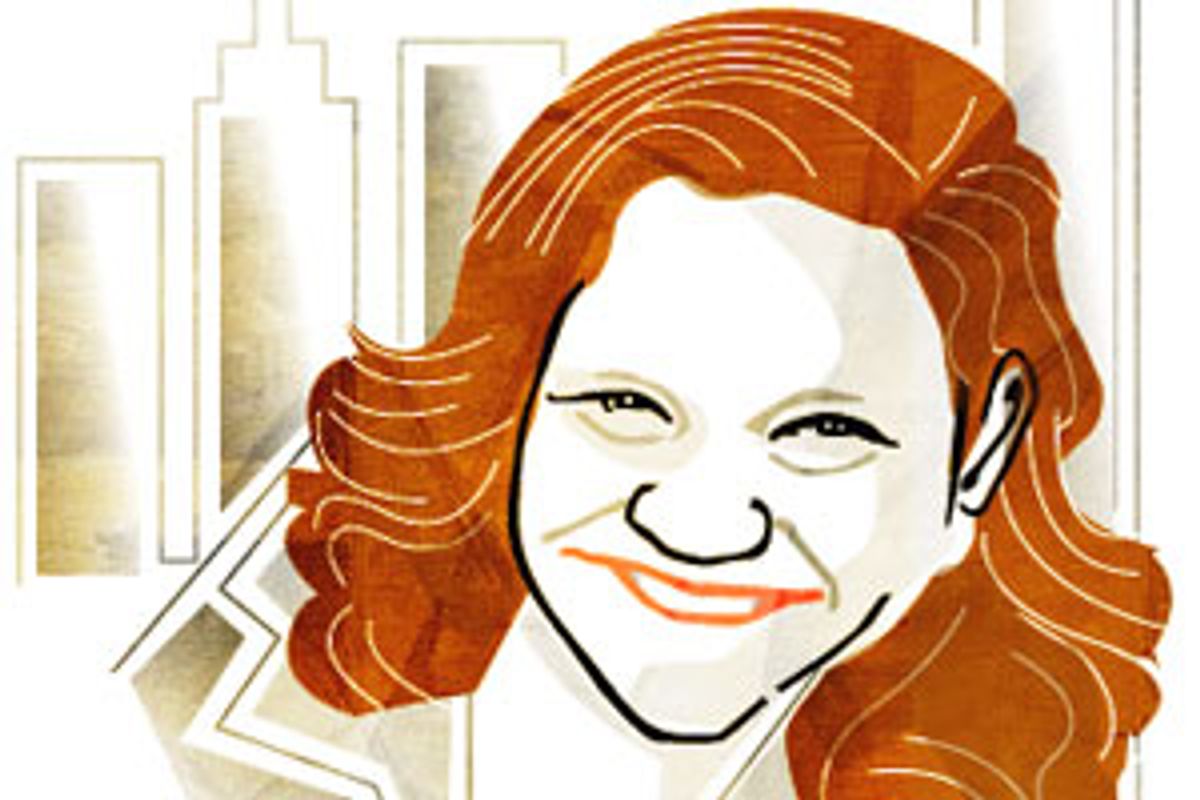 As I think about Wendy Wasserstein in the hours since her grotesquely untimely death Monday at just 55 years old, I keep coming back to her laugh. It would begin as she was telling a self-deprecating anecdote in her wispy, high-pitched voice, then she would add a few giggles to italicize the can-you-believe-it comedy of what had just happened to her, then the giggles would build in a way that made each listener feel like an unindicted co-conspirator in this neverland of a Wendy Moment.

I first got to know Wendy during the heady days of 1989 as her signature play, "The Heidi Chronicles," was catapulted (complete with its Herbert Marcuse jokes and anguished feminist sensibility) from a 150-seat off-Broadway theater to Broadway, and became the toast of New York. That was the year that Wendy won the Pulitzer Prize and the Tony -- or as she would put it, giggling at the absurdity of it all, "every award except the Heisman Trophy."

My original introduction to Wendy was contrived. For the only time in my journalistic career, I pitched a story (a profile that ran in Time magazine) because I wanted to meet the article's subject. Part of what originally intrigued me about Wendy was her Wall Street wunderkind brother, Bruce, with whom I had worked on our college newspaper, the Michigan Daily, during the late 1960s. I wondered how a wickedly funny off-Broadway playwright could boast an older brother who recently had been pictured on the cover of Fortune as the embodiment of the new takeover era in investment banking.

Wendy, as I learned, was transfixed by the enigma of her slightly older brother. He was the inspiration for her ambitious, but flawed, 2000 play "Old Money," which tried to contrast the WASP, early 20th century New York wealthy with their turn-of-the-millennium counterparts. Bruce, though he never got caught up in the excesses of antiwar radicalism at the University of Michigan, also provided Wendy with her first window into both the idealism and the self-indulgent absurdity of the baby boomers' attempt at revolution.

This how-did-we-get-from-then-until-now question was at the core of Wendy's work. She was never political in a shrill impeach-Bush sense. "An American Daughter," her only play set in Washington, was not about the perfidy of Republicans, but was instead loosely inspired by the collapse of Zoe Baird's nomination for attorney general because she had failed to pay Social Security taxes for her nanny.

What fascinated Wendy was how people who had once held intense political beliefs (about feminism, about war, about civil rights) dealt with these withering husks of conviction as they grow older. An emblematic moment in "The Heidi Chronicles" comes when Heidi Holland, the flailing art-historian heroine, fails to get comfort from her erstwhile best friend who has moved from a feminist health collective in Montana to writing vacuous sitcoms in Hollywood. Years after she wrote that scene, I recall Wendy returning from a trip to Hollywood and giggling about a TV producer who actually wanted her to write a "three girls in a loft" sitcom that was almost identical to the one she ridiculed in "Heidi."

Wendy's plays always featured their share of sellouts -- my favorite is the philandering college-professor husband in "An American Daughter," whose fading reputation is based on a best-selling public-policy book called (please insert giggles) "Towards a Lesser Elite." This pompous weakling was named Walter, a moniker chosen in my honor. When Wendy told me that -- stressing that only the name had been lifted from real life -- I truly felt I had been elevated to the Greater Elite.

In her final play, "Third," presented last fall at Lincoln Center, Wendy came full circle and, in effect, revisited Heidi nearly 20 years later. Her heroine is Laurie Jameson, a mid-50s feminist English professor at a small college like Wesleyan, whose ideological rigidity (she boasts about creating "a hegemony-free classroom") has left her walled off from much of life. In the final scene, Jameson says, in words that could well be an elegy for the '60s, "I thought I could change the world, but all I did was change the English department."

As I look back at these paragraphs that I have written with an ache in my heart, I hope that I am conveying a sense of the person, whom I (and literally what seems to be half of Manhattan) considered a dear friend. Memorializing the ever-quotable Wendy apart from her plays risks making her seem like the East Coast version of Larry David -- and not someone who was transfixed by the big questions of her generation's destiny. But focusing on the stage characters whose dialogue and back stories Wendy created fails to do justice to the playwright herself, the uncommon woman who periodically ran off to odd places like the Hanover Inn on the Dartmouth College campus to find the solitude to write.

In the end, so much of Wendy herself was fused with the alternative universe she created onstage. Wendy wrote "The Sisters Rosensweig" partly to imagine her older business-executive sister, Sandra, with a new, rich romantic life. (A few years later, at the start of the Wasserstein family's real-life tragedies, Sandra died of cancer). "Third" featured octogenarian actor Charles Durning, in a mesmerizing performance, conveying the pathos of an elderly father who has lapsed into dementia. Wendy's friends seeing the play knew how much this character mirrored the last years of her father, Morris. And now that I look back on "Third," I suspect Wendy may have been channeling her own hopes when a woman professor announces that she has found true love -- with a rabbi she met while they were sitting next to each other enduring chemotherapy drips.

With friends -- especially those who keep their illnesses a secret -- you never know when you are playing out a final scene. My last conversation with Wendy was in October as she sat at the back of the theater monitoring one of the final previews of "Third." What stayed with me was not anything specific she said (though I did hear that laugh), but her happiness at simply being at the theater. It reminded me of long ago when Wendy confided that, as a single woman, one of the joys of having a play on Broadway is that you always have a place to go at night.

The title "Third" refers to both a seemingly preppy student with three Roman numerals after his last name and the expressed hope that we baby boomers would finally get it right in the last third of our lives. If only, if only, Wendy had been granted that final third.