Salon has uncovered more allegations against a civilian interrogator accused of abuse at the prison. Why has he never been prosecuted? 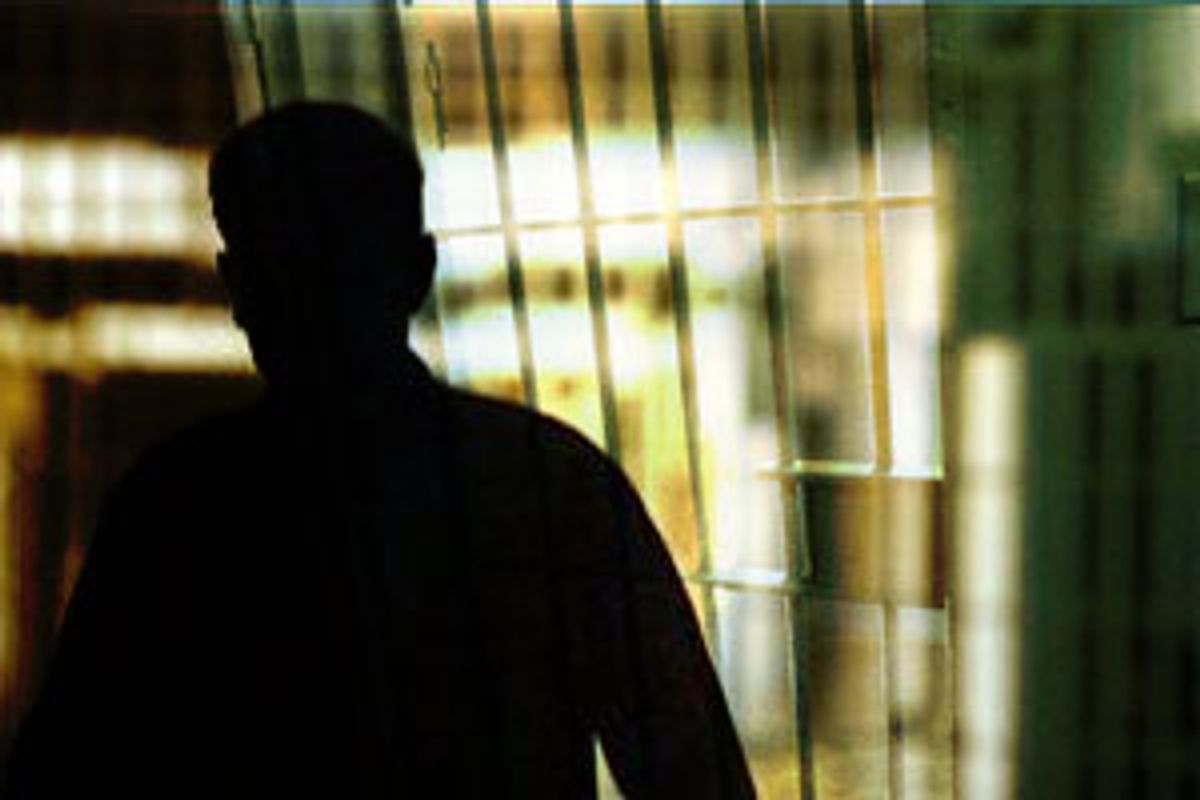 The man known as "Big Steve" did not attend the court-martial this month of Sgt. Michael J. Smith, an Army dog handler at Abu Ghraib. But no one could miss his looming presence in the courtroom. According to both the prosecution and defense, "Big Steve" was deeply involved in the abuse committed by Smith, who was convicted March 21 for using his dog to terrify prisoners.

"Big Steve," whose real name is Steven Anthony Stefanowicz, worked as an interrogator for military intelligence at Abu Ghraib. But he was no ordinary soldier. Stefanowicz was one of dozens of civilian employees from Virginia contractor CACI International hired by the Pentagon to work at the prison.

According to a military policeman who testified at the court-martial, Stefanowicz directed the abuse in one of the most infamous incidents captured on camera at Abu Ghraib: A prisoner in an orange jumpsuit being menaced with an unmuzzled dog.

"I was told by his interrogator, Big Steve, that he was al-Qaida," testified Pvt. Ivan Frederick II. "He said, 'Any chance you get, put the dogs on.'"

According to Frederick, Stefanowicz would periodically instruct the military police when to pause from using the animals. "He would come down in between and we would pull the dogs off and he would go in and talk to him," said Frederick, who was sentenced in October 2004 to eight years in prison for his own role in the abuses.

Defense counsel Capt. Jason Duncan referred directly to a photo of Smith using his black Belgian shepherd, Marco, to terrify the prisoner, whose name is Ashraf Abdullah al-Juhayshi. He asked Frederick: "And Steve was then telling him to do that?" Frederick replied: "Yes, sir."

The role of Stefanowicz and other civilian contractors accused of abuse remains one of the murkiest aspects of Abu Ghraib. Stefanowicz was first identified as a perpetrator of abuse nearly two years ago by two high-profile Army investigations, known as the Taguba and Fay reports -- but he has never been charged with a crime.

Now, more allegations about his role have emerged, including testimony from Smith's court-martial and in Army investigative materials obtained by Salon. In addition to the use of dogs to terrify prisoners, those allegations include the use of sexual humiliation and stress positions, and denying prisoners medical care. At Fort Meade, Stefanowicz was not on trial, nor was he called to the witness stand. But throughout the proceedings he was a reminder of key unanswered questions about Abu Ghraib -- including why no one beyond a small group of enlisted soldiers has been prosecuted.

Stefanowicz was a near-constant presence in the military intelligence wing of the prison, someone whom military police said they knew by his gruff manner and towering stature. Soldiers who worked there described Stefanowicz -- a former Navy reserve intelligence specialist at the Defense Intelligence Agency -- as a human giant, standing roughly 6-foot-5, well over 240 pounds, with a full beard and an intimidating manner. At least three soldiers, an officer and another civilian contractor have said that he orchestrated or engaged in abuse.

In an interview with Army investigators on April 6 and 7, 2005, Cpl. Charles Graner accused Stefanowicz of leading abuse. Graner, who is serving 10 years in prison for crimes he committed at Abu Ghraib, was granted immunity from further prosecution in exchange for his cooperation.

Graner had worked as a prison guard in Pennsylvania, and recalled arriving at Abu Ghraib in October 2003. "When we had come to the block I had come in with a correctional officer's mindset of care, custody and control," Graner said in the interview, a transcript of which was obtained by Salon. "I'm going to do the least amount of work possible and get paid for it, because that's what corrections officers do. And that lasted for about a day, and then I met Big Steve."

Graner described the treatment of a prisoner, nicknamed "Taxi Driver" by U.S. soldiers, which he claimed had been ordered by Stefanowicz in late October. The prisoner, whose name has not been made public and is being withheld by Salon to protect his identity as a victim, later gave an account of his abuse. It included tactics Graner said Stefanowicz had ordered. "He put red woman's underwear over my head," the prisoner told Army investigators, describing his treatment by a military policeman. "And then he tied me to the window that is in the cell with my hands behind my back until I lost consciousness."

Stefanowicz and other contractors arrived at Abu Ghraib in the fall of 2003 as it became an intelligence hub in the battle against a burgeoning and deadly insurgency. With an urgent need for more personnel, the Army hired CACI interrogators, as well as civilian translators from San Diego-based Titan Corp. The demands of the war forced the Army to expand the use of contractors to an unprecedented degree, with civilian employees providing a number of services previously handled by soldiers -- including some of the most sensitive operations such as intelligence gathering.

A copy of an Army e-mail obtained by Salon lists the names of 39 CACI employees who worked at the prison from Oct. 1, 2003, through Dec. 31, 2003, as well as 63 employees of Titan or a Titan subcontractor who worked there. Of that group, the Fay report from August 2004 identified three CACI employees, including Stefanowicz, as candidates for prosecution by the U.S. Department of Justice. The Fay report also identified two Titan employees who should be considered for potential prosecution.

The Justice Department declined to comment on Stefanowicz, or explain its inaction to date. "There are prisoner abuse allegations that remain open that were referred to the special prosecution team in the Eastern District of Virginia," a spokesman said.

"It is clear that the Department of Justice has more than enough evidence to indict 'Big Steve' and several other corporate torturers," said Susan Burke, an attorney with Burke Pyle LLC who is suing CACI International on behalf of several detainees in a civil case that names Stefanowicz as a defendant.

Stefanowicz's attorney, Henry E. Hockeimer, said that his client has done nothing wrong. "Common sense would say that if they had something that was significant, he actually would have been charged by now," Hockeimer told Salon. Hockeimer maintains that the actions of his client, who no longer works for CACI, were "appropriate and authorized."

Court proceedings and other testimony tell a different story.

During the Smith court-martial, government prosecutor Maj. Matthew Miller alleged that in late 2003 Stefanowicz learned that Smith and another dog handler, Sgt. Santos A. Cardona, were harassing detainees with their dogs. As Miller portrayed it, Stefanowicz decided to "piggyback" his interrogations, or exploit the ongoing abuse to leverage more information from the terrified prisoners. Duncan, the defense counsel, portrayed things differently, alleging that Stefanowicz ordered the abuse himself. Stefanowicz "was one interrogator who believed he had approval to use dogs in the prison," Duncan told the courtroom in his opening statement.

Smith, whom Army prosecutors sought to portray as a "rogue cop," will spend 179 days behind bars and be stripped of his rank for several incidents, including the abuse of al-Juhayshi.

In his interview with Army investigators, Graner said abuse of the prisoner known as "Taxi Driver," which had begun in October 2003, continued that December. The prisoner, who had received treatment for apparent appendicitis, allegedly was still being interrogated by Stefanowicz. According to Graner, Stefanowicz ordered that the prisoner not receive his prescription pain killers. "I was, per Steve, not to give the pain medication to Taxi Driver," Graner recounted, because he "was one of the main people that they wanted to break or get information from."

Hockeimer, Stefanowicz's attorney, said the claims of a convicted abuser should not be trusted. "Whatever Graner says has zero credibility," Hockeimer said.

But others, including high-level officers, have alleged misconduct by Stefanowicz. Col. Thomas M. Pappas, a former commander of military intelligence at Abu Ghraib, testified at the Smith court-martial after agreeing to an immunity deal in exchange for his testimony. (Pappas was implicated in the abuse scandal himself, and received nonjudicial punishment by the Army in May 2005.) Pappas testified that Stefanowicz had "overstepped his bounds and I reported that to my staff and had them report that to the contracting office." Pappas did not describe Stefanowicz's misconduct in detail during the trial, other than mentioning that the CACI interrogator had inappropriately addressed Pappas by his first name.

Pappas also testified that Stefanowicz, who served in a military intelligence role but was not a uniformed soldier, posed a "different dilemma" at Abu Ghraib. "We had to raise the issue off-site" with the Army officer responsible for managing his contract, Pappas said of the problems with Stefanowicz. Pappas did not identify the Army contracting officer.

The contracting arrangement makes it more difficult to determine whom Stefanowicz reported to and what his orders were, says Deborah D. Avant, an associate professor of political science and international affairs at George Washington University, who has studied the rise in military contracting since the end of the Cold War. "The chain of command becomes quite problematic," she said.

In addition, the contracting arrangement between CACI and the government was unorthodox. In its urgency to hire interrogators and translators during summer 2003, the Pentagon cut through the red tape of awarding a new contract by using an existing contract CACI had with the Department of the Interior -- an atypical arrangement that broke several contracting rules, according to an April 2005 Government Accountability Office report. "The process of procuring interrogation and other services for DOD broke down at numerous points," the GAO found.

Legal experts say Stefanowicz and other civilian contractors at Abu Ghraib cannot be held criminally liable under the Military Extraterritorial Jurisdiction Act, which in 2003 held that only civilians hired through a contract directly with the Defense Department could be prosecuted for crimes overseas.

The contractors could potentially be prosecuted under civilian laws, though that would lead into complicated and largely untested legal territory. According to Scott L. Silliman, executive director of Duke University's Center on Law, Ethics and National Security, one option would be to use a section of the Patriot Act, which covers crimes committed by U.S. citizens at military facilities abroad. Prosecutors could also potentially use the War Crimes Act of 1996, which makes it illegal for an American to violate the Geneva Conventions.

Back in 2004 -- even before the latest allegations -- military investigators left little doubt that Stefanowicz was a perpetrator of abuse at Abu Ghraib. The Fay report found that he had directed the use of dogs on prisoners, forced a prisoner to wear women's underwear, kicked a prisoner into his cell, failed to report abuse, and lied to investigators. The Taguba report found that he instructed military police to abuse prisoners in an effort to "set the conditions" for interrogation. "He clearly knew his instructions equated to physical abuse," Taguba concluded about Stefanowicz.

It remains unclear whether any charges will be brought against him.