Fiddling while the earth burns 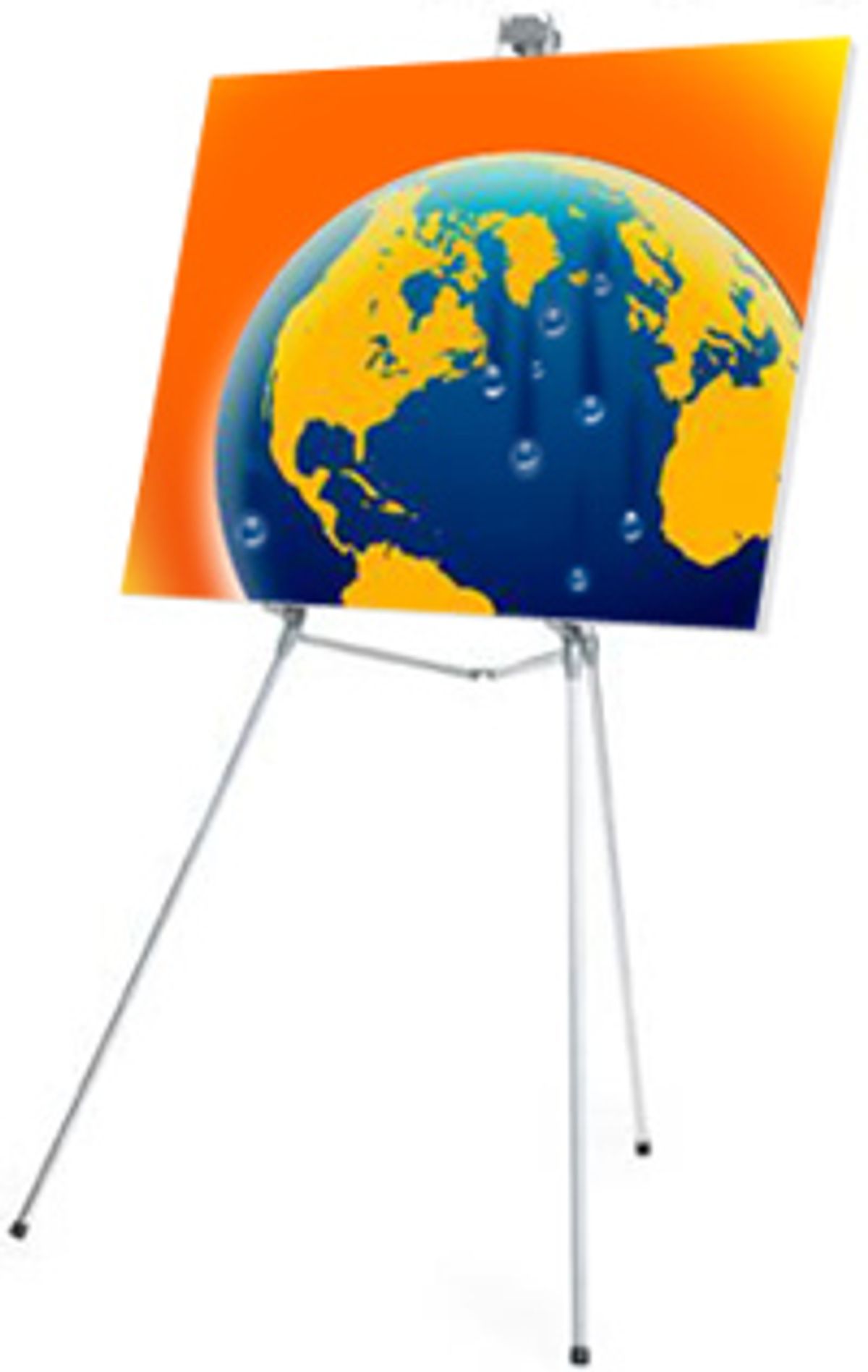 An ironclad prediction: Virtually everyone who will watch the Al Gore movie on global warming, "An Inconvenient Truth," already agrees with its central premise before entering the theater.

This is not to say that Gore's audience will be limited to organic-food-only, Prius-driving, solar-panel-installing environmentalists. Rather, aside from the Bush White House and House Republicans, it is getting difficult to find any warm-blooded American who casts a cold eye on the reality that the earth is heating up.

Two decades after Gore took up the cause, the almost-president, once ridiculed for his earth-in-the-balance obsession, is finally preaching to the converted. A March poll, sponsored by ABC News, Time and Stanford University, found that 83 percent of Americans believe that global warming will be a serious problem for the nation if nothing is done. Moreover, 68 percent of those surveyed think that the federal government should do more to address the problem.

"There is a consensus that global warming is happening, that it's human-caused and the government should take steps to deal with it," said Jon Krosnick, a Stanford political scientist who helped design the survey. Krosnick pointed out in an interview that the number of Americans who feel passionately about global warming (17 percent) has doubled in a decade -- and that this group is larger than those aroused by any other single issue except abortion. "These are people," Krosnick said, "who will write letters to Congress, give money to Greenpeace and go to a demonstration on the Mall."

But environmental policy is not like Freudian analysis, where the honest recognition of a problem is tantamount to a cure. Nothing in our political system is geared to deal with dire threats like irreversible climate change that are, for the most part, decades away.

The issue horizon for presidents and members of Congress is the next election, not 2040. Despite all the bleating since the 1980s about the inability of America to pay for the eventual retirement of the baby boomers, the crises of Social Security and Medicare have only gotten worse. In typical short-sighted fashion, the president and Congress approved the prescription-drug bill before the 2004 election without bothering to enact a long-range formula to pay for it. But then George W. Bush and House Speaker Denny Hastert will no longer be in office when the Medicare trust funds become insolvent.

Cass Sunstein, a law professor and political scientist at the University of Chicago, raises the provocative question of why America has responded in such diametrically different fashion to terrorism (panic) and global warming (postponement).

In a paper released this month by the AEI-Brookings Joint Center for Regulatory Studies, Sunstein notes that presidents and legislators are willing to squander money to avoid being blamed for something.

"Every politician has a strong incentive to take steps to prevent terrorist attacks," Sunstein writes. "If such an attack occurs 'on his watch,' the likelihood of political reprisal is high ... By contrast, it is far less likely that there will be a climate change 'incident' on the watch of, or easily attributable to, any current politician."

An equally serious obstacle to far-reaching global-warming legislation is a societal aversion to sacrifice, beyond personal gestures like carbon trading, which only help at the margins. As a veteran of the Jimmy Carter White House, I am perhaps overly pessimistic on this point. Carter, responding to the OPEC oil boycotts in the 1970s, risked his presidency to champion energy self-sufficiency. But his appeal to Americans to launch the "moral equivalent of war" (a coinage borrowed from the philosopher William James) was quickly lampooned by the acronym MEOW.

Democrats often feel moral righteousness as members of the party that accepts the judgment of science on subjects like evolution and global warming. But this political season Democrats are also hoping that voter rage at gasoline prices over $3 will help them win back Congress. Democratic congressional leaders Nancy Pelosi and Harry Reid held a media event at a Washington gas station Thursday to, according to their press release, "highlight the financial pain that Americans face daily and that Bush Republicans seem determined to ignore."

Only in politics can otherwise intelligent people willfully refuse to acknowledge the contradiction between their fears about global warming and their willingness to go to the barricades to defend the rights of voters to fill up their SUVs with cheap gasoline.

There are those who paint the beguiling portrait that, with the correct government incentives, transforming American energy policies will be virtually painless, with no more than minimal financial cost for typical voters. But, as most serious environmental theorists admit, that's poppycock. Transitions -- especially ones as wrenching as lessening our dependence on coal for electricity and oil for gasoline  inevitably involve costs and trade-offs. Free trade and globalization, to use an analogy, lift incomes worldwide. But try telling that to Maytag workers in Newton, Iowa, who just watched their union jobs disappear overseas.

Americans, in case you haven't noticed, have short attention spans. It is hard to remember that the millennium began with electricity-starved Californians facing brownouts and rolling blackouts. In an interview, the CEO of a major power company warned that by the end of the decade, those who live in parts of the eastern United States might be facing the same kind of shortfall.

"Reasonable people, if they had their druthers, don't want their lights to go out," said the energy executive, who did not want his company identified. "But it isn't that simple." He pointed out that the quickest solution to the problem would be build more coal-powered plants (the kind that release the most greenhouse gases) or to construct huge landscape-blighting transmission towers that would shift excess electricity-generating capacity from Ohio and western Pennsylvania. And, yes, that excess Ohio electricity comes from coal.

I tried out this theory on Rafe Pomerance, a former Clinton administration official who is the chairman of the Climate Policy Center. "It is possible," he conceded. "When you have momentary crises, long-term issues like global warming end up being taken off the table. Look at 9/11. Millions of priorities changed. That's politics."

The decades-long battle against global warming will test our political will far more than any other problem we have faced as a nation since, perhaps, the Great Depression. This crisis plays to all the weaknesses in our national decision making. There is a long time line, a need for societal sacrifice, and no easily identifiable villains, other than all of us who took the good times for granted.

So it is great that, thanks to Gore and many others, we have finally acknowledged global warming. But -- to trot out a favorite news-magazine cover-story headline -- "Now for the Hard Part."