House Republicans are trumpeting a WMD "discovery." But experts say Saddam's dusty weapons are less toxic than the pesticides under your sink. 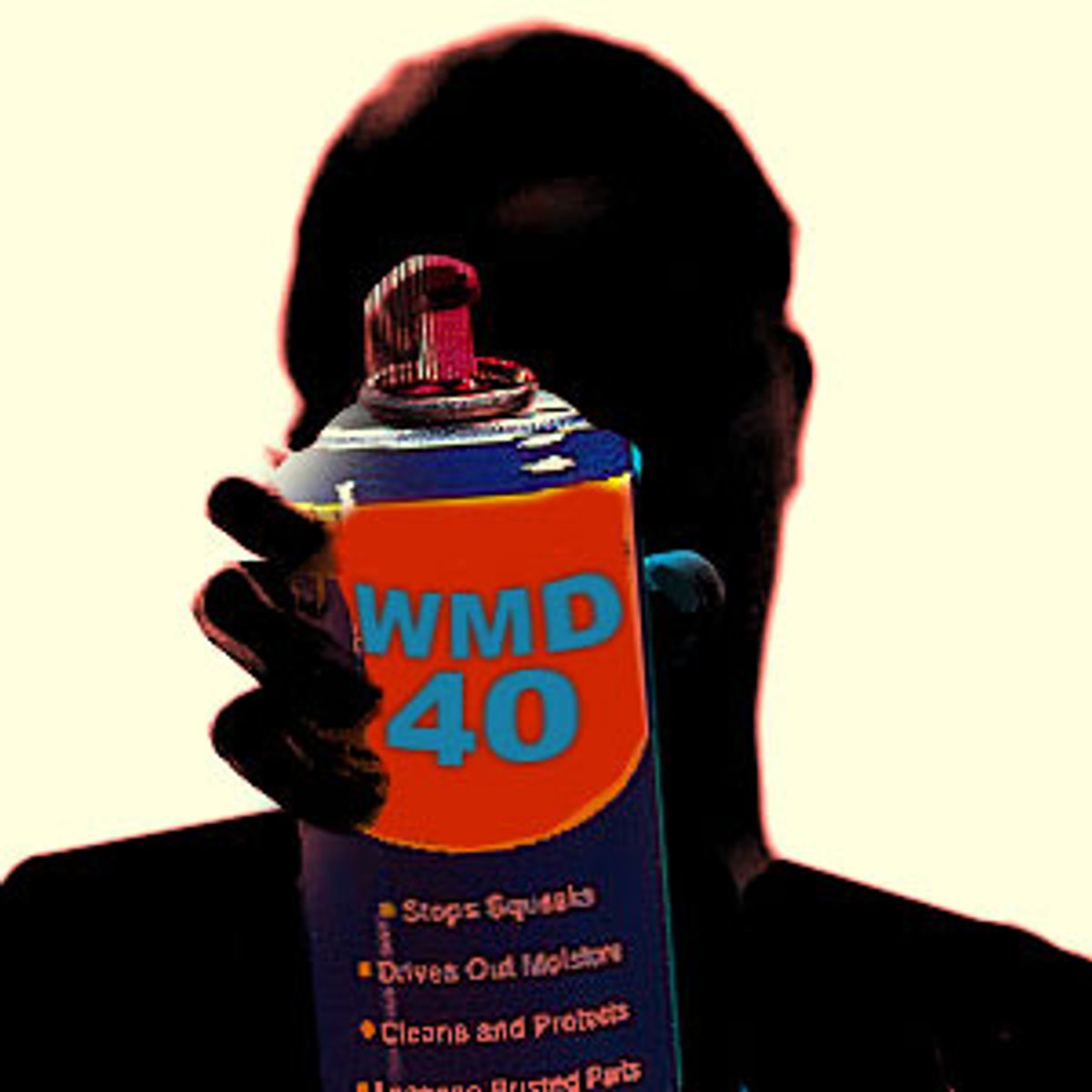 House Republicans convened a high-powered panel of experts Thursday to give them the straight story on Iraq's weapons of mass destruction. "Just the facts," demanded California's Duncan Hunter, who chairs the Armed Services Committee. "The facts are the facts," seconded Rep. Curt Weldon of Pennsylvania. A tourist passing through the Rayburn House Office Building might have mistaken all the blunt rhetoric for a sincere search for the truth.

But then David Kay, the CIA's former chief weapons hunter in Iraq, took a seat before the committee. He had been called to explain the importance of a recently unclassified report on about 500 chemical warheads dating from the 1980s that the military had found in Iraq. Republicans had released the report with much fanfare last week. "This is critically important information that the world community needs to know," Pennsylvania Sen. Rick Santorum had blared. "We have found weapons of mass destruction in Iraq."

Kay calmly explained why Santorum's enthusiasm was misplaced. As far back as September 2004, the CIA had disclosed the discovery of the old chemical munitions from Iraq's war with Iran. The CIA also explained that these weapons were not the ones the Bush administration had used to justify the invasion of Iraq. What's more, Kay said, the decades-old sarin nerve gas was probably no more dangerous than household pesticides -- and far more likely to degrade at room temperature. "In terms of toxicity, sir," Kay told Weldon at one point, "I suspect in your house, and I know in my house, I have things that are more toxic than sarin produced from 1984 to 1988."

These were not the facts Weldon wanted to hear. The House member quickly lost his cool. "There is nothing under my sink that could be classified as a weapon of mass destruction or violate the Chemical Weapons Convention," he thundered. "I think that is the kind of irresponsible statement that causes these kind of misperceptions out there. It's the kind of generalization that, in my opinion, is just plain stupid."

The high-minded hearing, which began with dialogue straight out of "Dragnet," ended with Weldon insulting the intelligence of the nation's top weapons inspector. To his credit, Kay did not respond.

But again the facts were not exactly what Republicans had hoped. To begin with, two briefers for the Defense Intelligence Agency explained that the recovered weapons were too degraded to serve their original purpose and too delicate to be used as roadside explosives. "These munitions that were found were badly corroded in most cases," said DIA analyst Col. John Chiu. "Some were deliberately dismantled, if you will, to prevent them from being used." To make matters worse, Terence Taylor, a former member of the U.N. Special Commission on Iraq, testified that the warheads' designs made the nerve gas almost impossible to use outside of its original purpose. "I think it would be very difficult to extract the nerve agent from these weapons," he said.

Only in the realm of semantics did Republicans find a reality that suited their preconceptions. As several witnesses testified, the 20-year-old warheads did fall into the category of chemical weapons, which made them, in the common vernacular, "weapons of mass destruction." This excited both Weldon and Hunter, because Democrats have repeatedly claimed on the House floor that there were no weapons of mass destruction in Iraq, a reference to the CIA and the White House admission that much of the pre-war intelligence was wrong. As far as it went, the Republicans scored a technical victory.

But only a small one. Missouri's Ike Skelton, the committee's ranking Democrat, compared his Republican colleagues to an old prospector who had come upon a nugget of fool's gold. "Well, old-timer," Skelton said, "that's a piece of pyrite." Then Skelton read into the record a list of the vast quantities of chemical weapons that the CIA, and the Bush administration, had expected to find in Iraq. This laundry list, as described in the 2002 National Intelligence Estimate, included between 100 and 500 metric tons of chemical weapons agents, most of which had been allegedly produced after 1991. As Skelton put it, "The goalposts seem to have been moved."

But several Republicans appeared unbowed. Weldon said he had been informed by a "former intelligence officer" that the Bush administration had not searched all suspected sites in Iraq. The Philadelphia Inquirer recently reported that Weldon had planned a "secret mission" over Memorial Day to investigate four suspected sites where he believed there were weapons of mass destruction. On his next trip to Iraq, Weldon said he would "question our military leadership on reports that some suspected sites have yet to be inspected."

Weldon was suggesting that the Bush administration's official assessment of Iraq's weapons program can't be trusted. It was a claim with which the president's harshest antiwar critics surely agree.