What does a girl have to do to get excommunicated?

Catholic officials keep threatening to excommunicate pro-choice politicians and activists like me. I think they're bluffing, and canon law is on my side. 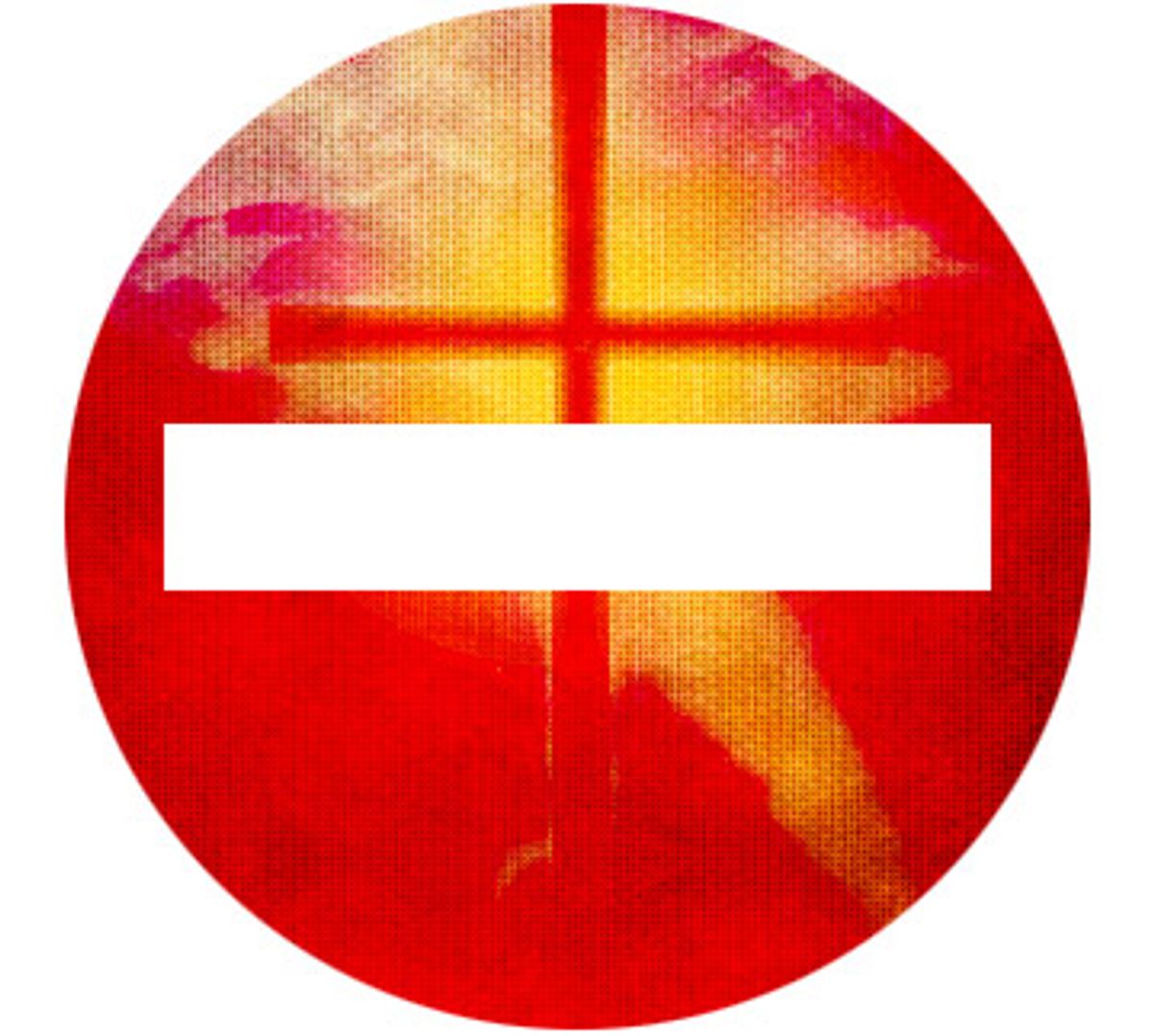 Every so often some Roman Catholic hierarch gets a bee in his beanie and makes noises about excommunicating some pro-choice policy maker. Ultra-orthodox Catholics are ecstatic, and even mainstream newspapers turn into tabloids rushing to report the imminence of something that never happens. I pay attention to this stuff. Right-wing Catholics have been pleading with the Vatican to excommunicate me along with Mario Cuomo, Patrick Leahy, Ted Kennedy and Ellie Smeal for about 20 years. They frequently announce that I have excommunicated myself because of my pro-choice views, but as is true for 99.9 percent of pro-choice Catholics, no one who could actually excommunicate me has ever done so.

Excommunication in the 21st century might have some benefits. Like Sonia Johnson. who was excommunicated from the Mormon church for her support of the Equal Rights Amendment, I could get a book contract, go on a speaking tour and have a couple years of celebrity. And, since there is no way the church could effectively police the excommunication, I could also ignore it and keep going to Mass and taking Communion. As one canon lawyer told me, the church has only the power we give it. No more burning at the stake, no loss of one's job, no Vatican prisons -- what are they going to do?

But in the end, excommunication is no joking matter, No Catholic, however rebellious and irreverent, wants to be excommunicated. And so I spent my 25 years as head of Catholics for a Free Choice with my fingers crossed. The fact that there were no firm canonical grounds for excommunication did not mean some overzealous bishop wouldn't do the wrong thing. And because bishops are still feudal princes, the excommunication would be allowed to stand.

Catholic politicians tend to worry more than radical women about the church's official disapproval because they have something more to lose -- elections and credibility. During political campaigns threats of excommunication can become a distraction from getting heard on big issues like healthcare and war. When John Kerry was on "wafer watch," with reporters camped out in front of whatever church he was going to that Sunday in order to see if he would be turned away from the altar, he had trouble getting his message out. And no doubt he was scared. Catholics of a certain age remember public humiliation from Sister Mary Ignatius as the source of schoolroom angst. Just go to a Christopher Durang play if you don't know what I'm talking about.

While no one is getting excommunicated and the lesser penalty of denying a person Communion is very rare, bishops and cardinals are talking about these "options" more than ever. The week before last, Pope Benedict got dragged into the debate during an impromptu press conference on "Shepherd One," the plane taking him to Brazil for a state visit. The pope was asked if legislators who voted to legalize abortion in Mexico City should be excommunicated. "Yes," he replied, "the excommunication was not something arbitrary. It is part of the code [of canon law]."

End of story? Hardly. Within moments the papal spokesperson, the Rev. Federico Lombardi, was walking the pope's remarks back for reporters, noting that the Mexicans hadn't yet taken any action. "If the bishops [of Mexico City] haven't excommunicated anyone, it's not that the pope wants to," he explained. The next day, the Vatican published a transcript of the pope's remarks, and the "yes" was nowhere to be found. As Lombardi explained, "Every time the pope speaks off the cuff, the secretariat of state reviews and cleans up his remarks."

But what's to "clean up"? The pope is worried about changes in the abortion law throughout Latin America, not just Mexico. The Colombian Supreme Court declared laws against abortion unconstitutional in that country. The very Catholic Brazilian president told Catholic radio stations that while he was personally opposed to abortion, Brazil's social conditions mean that some pregnant women need help. "The state needs to treat [abortion] as a matter of public health." In Uruguay, the House passed a liberal abortion law four and a half years ago, and although it failed in the Senate in 2004, the issue is expected to emerge again.

And yet, the pope -- and it seems most Catholic bishops -- do not excommunicate; they equivocate. Again, take Mexico. Maria Mejia, the president of Mexico's Catholics for the Right to Decide, claimed that at the beginning of the abortion debate, the spokesman for the Mexico City Archdiocese, the Rev. Hugo Valdemar, had said that legislators who supported the law would be "automatically excommunicated." Later, the Mexican bishops' conference repeated the claim that politicians who support abortion, doctors who perform them, and women who have them automatically excommunicate themselves. Several legislators responded by asking the bishops to send them written confirmation of their excommunication. The bishops backed off. Cardinal Rivera Carrera, head of the bishops' conference, announced that he was not excommunicating anyone, but that legislators who had voted to legalize abortion were "impeded from receiving communion."

In the absence of any willingness from the hierarchy to issue an actual, formal "bull of excommunication," which requires due process, warnings and canonical justification, conservative church leaders prefer ambiguity. They tell us we have "excommunicated ourselves" by supporting legal abortion (which, in fact, is also what Lombardi ultimately told reporters the pope had meant to say about Mexican legislators). Or church officials "advise" policy makers that they should not present themselves for Communion if they are not in a "state of grace" and suggest that supporting legal abortion means they can't be in a state of grace. Such pronouncements make good headlines, but they do not intimidate well-educated Catholics. Increasingly, we know canon law as well as we know civil law.

In reality, it is quite difficult to excommunicate yourself, even if you do have an abortion. Only seven acts merit automatic excommunication, and only three of those acts can be committed by laypeople. One of them is to attempt to assassinate the pope, another is profaning the Host (the Communion wafer), and the last is to successfully perform or have an abortion. No attempted or actual "murder" other than abortion subjects you to the ultimate penalty of automatic excommunication -- you can massacre thousands of civilians in war and, while you will surely have sinned, you are not automatically excommunicated.

But the code of canon law also states that "automatic" excommunication for abortion is not really automatic. Canon law 1323 sets out the exceptions for excommunication. If one is under 17, ignorant of the penalty for one's deed, acts out of fear or coercion, or believes one's action is moral, the penalty does not apply. Many canon lawyers have said that it is unlikely that any woman who has an abortion does not meet one of those exculpatory conditions. Even economic stress could be considered to be coercive.

A friend who was formerly president of a Catholic women's college once told me about a meeting between college presidents and a prominent Catholic bishop, who complained that the educators had educated women too well. It would seem that many Catholics are now too well-educated. We follow our conscience -- and as much as that may make papal politics difficult, our bishops know we are within our rights.