The season ends satisfyingly with a supernova of self-sacrifice. 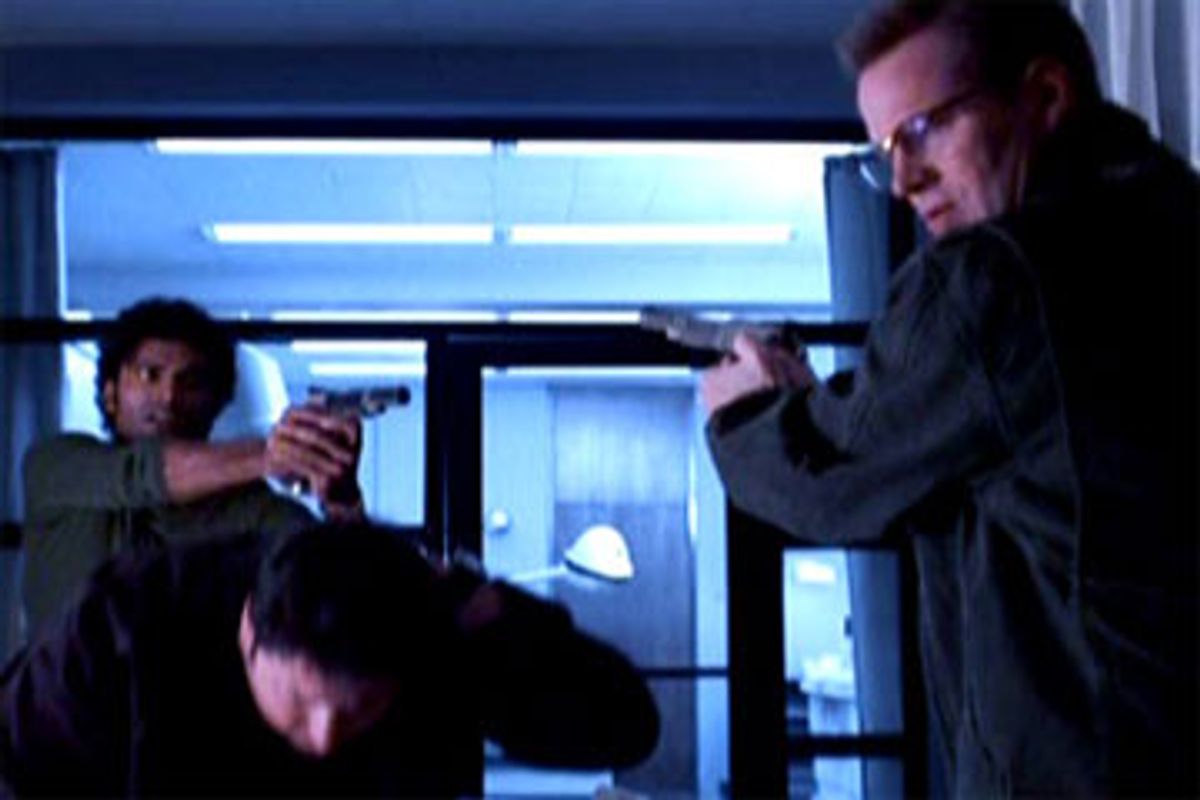 "How do you stop an exploding man?" It's the question "Heroes," NBC's vividly imaginative, wildly successful series, has been leading up to all season, the one it finally, wrenchingly answered Monday night. And it's so much more than that.

As the show's initial season began, a crew so far-flung and diverse they wouldn't be out of place on "The Real World" discovered there was something a little different about themselves. Tokyo dork Hiro Nakamura (Masi Oka) realized he could bend time. Blond Texas cheerleader Claire Bennett (Hayden Panettiere) learned that she was a shoo-in for "Most Regenerative" in her class. Floppy-haired New York nurse Peter Petrelli (Milo Ventimiglia) learned that he could absorb the superpowers of his mind-reading, invisible-turning brethren. Much hinged on Peter's brother Nathan (Adrian Pasdar), congressional candidate, alternative-reality future president and guy who downplayed the fact that he could fly.

The series has benefited this year from a delectable array of scene-stealing guest stars, including Eric Roberts, Ellen Greene, Richard Roundtree, George Takei and Malcolm McDowell, whose creepy master manipulator Mr. Linderman met an icky end when osmosis-loving D.L. (Leonard Roberts) put his hand through his head. The show has also become one of the best examples of providing bonus content to Web fanatics without baffling the casual viewer (unlike certain other shows). "Heroes" has generously provided an online comic book, a bajillion Web extras and phone messages for extra clues without alienating those of us who aren't ready to turn our love of the show into a full-time job.

Throughout the season, the newly born prodigies have been fending off the shadowy agency out to track and do God knows what with them. More nerve-rackingly, they've been dodging serial killer Sylar (Zachary Quinto), who, like Peter Petrelli, can absorb the gifts of others but, unlike him, does so by taking their brains.

The show has had its share of missteps -- Hiro's arc has frequently veered too comic even for comic books, and Niki/Jessica's schizo-stripper-murderer-mom story line has groaned under the weight of its own complications. The show's greatest burden all season has been its cornucopia of characters and story lines, and Monday's finale was no exception.

Molly, the little-girl "tracking device," pinpointed Sylar's location. Claire wound up in the hands of her icky biological family, the Petrellis, but took a shortcut out by leaping from a high-rise window. Hiro deposited his buddy Ando back in Japan and continued his quest solo. Niki (Ali Larter) mastered her dark side and saved her family. Claire's adopted father, the morally conflicted secret agent known to fans as Horn-Rimmed Glasses (Jack Coleman), may have been prevaricating when he said he had a plan. Dr. Mohinder Suresh (Sendhil Ramamurthy) stood around looking dreamy. And as the moments ticked down, all the heroes assembled in New York for a showdown that would determine the fate of the world.

All season long, the characters have been orbiting one another, trying to head off -- or perhaps cause -- the big kaboom in New York foreseen by departed artist/smack-head Isaac that would conveniently allow Nathan to become president. When both Peter and Sylar soaked up some radioactive superpowers in a recent episode, things were looking bleak for Gotham, but rather bright for Nathan's political future.

Monday, the heroes and Sylar finally faced off, with Sylar growling, "What took you so long?" Niki brandished a parking meter and telepathic cop Matt (Greg Grunberg) was felled by his own bullets, but who else but Hiro, who has been itching to use that sword all year, would be the one to vanquish Sylar? Hiro, the comic-reading, Vegas-loving stand-in for all of us nerds at home, stepped up and Ginsu'd Sylar out of the story line.

In the end, though, the show's biggest saviors were the Petrellis. Peter, unable to control his burgeoning firepower, stood ready to take a mercy bullet from Claire, when who should drop in -- literally -- but his aerodynamic brother Nathan? In one last redemptive moment, the brothers professed their fraternal love, hugged it out and then bulleted off into the sky to detonate in a supernova of self-sacrifice.

It was a satisfying ending, sorely mitigated by the tacked-on, goofy preview of next season, which will apparently fling Hiro into 17th century Japan and clear up some of this season's unanswered questions about mysterious glyphs and eclipses. NBC has also announced a new series, "Heroes: Origins," which will introduce a new crew and let the audience decide which one will graduate to the parent drama. It all looks and sounds like a bad cross between "Quantum Leap" and "Survivor," but then, I wouldn't have bet that a show that has characters saying "You look badass" in Japanese would have been this enthralling so far.

"Heroes" is the series that asks, What if our internal resources started evolving at a pace comparable to everything else in our technologically voracious, trend-gobbling world? What if ordinary people found themselves upgraded without a manual?

A gift is not enough -- it just as easily can be used to cheat at cards or wipe out inconvenient memories. The show's title is less a description of the characters than a call to what they can become. They're not do-good web slingers but complicated individuals who fall all over the ethical spectrum. Aren't we all?

You could argue that "Heroes" is yet another in the current crop of arc-driven, hyperactive dramas in the "Lost" or "24" mode. You could note that it's another example of our simplistic affection for comic-book storytelling. You could say that if you build a show around people who can fly and blow stuff up with their minds, audience eyeballs will follow. And you'd be right.

But the most fantastic shows have offered some of the bravest social commentary. You can wring more humanity out of five minutes of "Battlestar Galactica" than a season's worth of "Grey's Anatomy." Likewise, the subversive twist of creator Tim Kring's dark serial is its dreadful implication that maybe wrecking New York City wouldn't just be the vindictive action of a madman but an easily exploited political opportunity. That preying on our fears of being hurt, our suspicion of people who are different, is as easily manipulated as putting a shape-shifting pretender in the White House. How do you stop an exploding man? It's a very real dilemma in a vast number of places, and "Heroes" would like to remind you of that, comic-book fans.

Earlier in the finale, Peter Petrelli visits his past, and stands as invisible witness to a moment in his life from several months earlier, caring for ailing Charles Deveaux. As he overhears his mother, a woman clearly educated at the "Manchurian Candidate" school of parenthood, chatting with Deveaux, it's clear both of them are aware of the future destruction of Gotham and its role in helping Nathan ascend to the Oval Office. But Deveaux makes a case that salvation may come in the form of the less ambitious Petrelli brother. "This world won't be saved on strength," he says. "What it really needs is heart." It's a Hallmark-card moment in a science fiction show. It's a radical idea. Maybe Kring and company really do want to save the world.