America is not Bush

The damage the president has done to our country's reputation can be rebuilt -- by those who uphold our Founding Fathers' ideals. 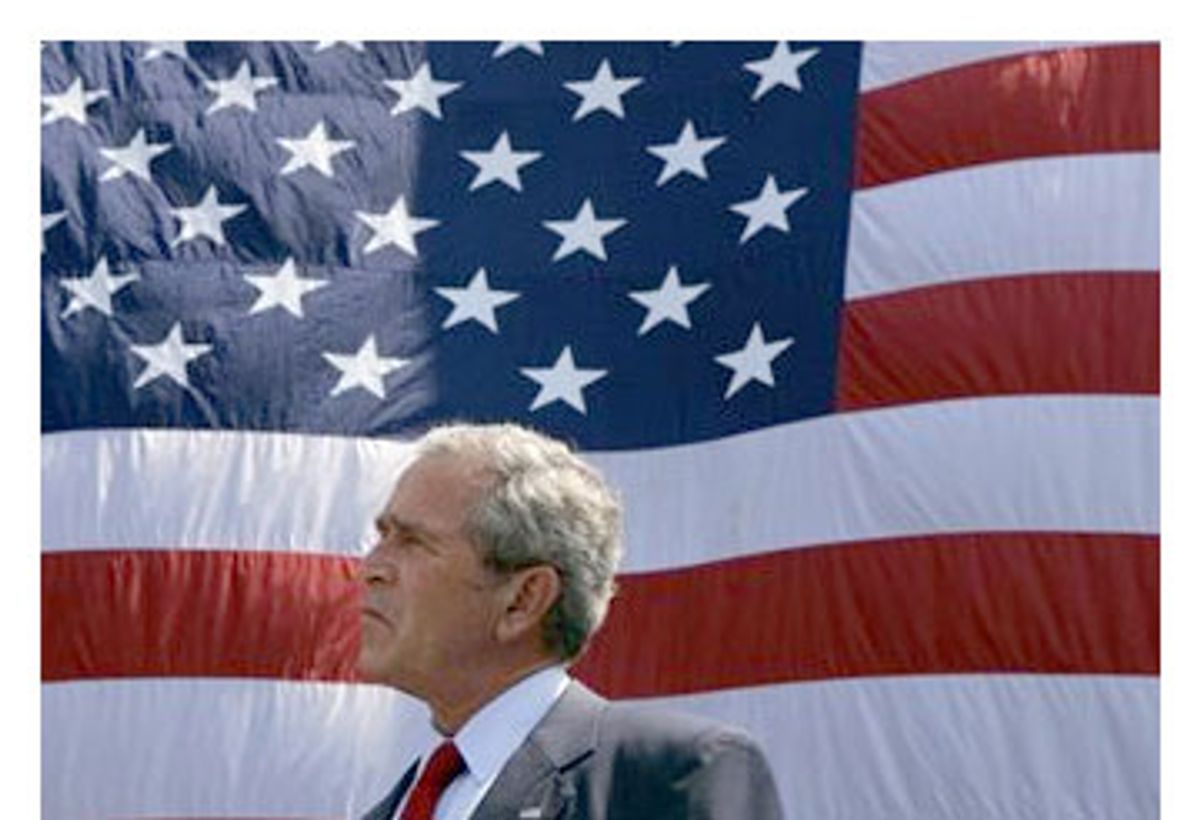 When President Kennedy in his inaugural address spoke of "a long twilight struggle," he signaled that the Cold War was the challenge and framework defining U.S. foreign policy, as it already had been through previous Republican and Democratic presidencies. But President Bush's conception of a global war on terror is not the Cold War. There is no consensus around its assumptions. On the contrary, its premises have been refuted by their own applications. The collision of Bush's fantasies with reality has stripped them bare.

The current challenge is not a struggle against a totalitarian foe.

It is not, as Bush has said, "the ideological struggle of our time."

It is not an ideological war.

It is not a battle against an enemy called "Islamofascism" -- a confected category that conflates Bush's idea of war not only with the Cold War but also with World War II.

Most important, it is not a struggle for national survival against an existential threat. Jihadism and its use of terror are, of course, a dangerous threat, but they do not, and cannot, destroy the United States as the Soviet Union could do.

Among the many consequences of the idea that we are in a war for survival have been the distortion, corruption and subversion of American law and the U.S. legal system, from the abrogation of the Geneva Convention against torture to the suspension of habeas corpus. The corruption is an aspect of a general hostility to and undermining of not only the law but also our senior military, our intelligence community, the Foreign Service, and international institutions including the United Nations and the World Bank.

"Either you are with us, or you are with the terrorists," Bush declared after 9/11, a statement that underlines the one made by Osama bin Laden in 1995, long before Bush spoke on the subject. "This is an open war up to the end, until victory," said bin Laden. Mimicking the terrorist leader's rhetoric does nothing but lend credence to bin Laden and the jihadists.

The greatest domestic threat to U.S. national security interests in inciting jihadism may well be the religious right in the United States. Its zealotry gives credence to the motivations of the jihadists that their struggle is a religious crusade. The political exploitation of fundamentalism at home justifies fundamentalism abroad.

The Bush policy has been refuted, but we still must cope with its consequences, and will have to cope with them after 18 more months of inevitable damage. The administration's assumptions have evaporated, but their precipitation remains. But just because Bush has broken things does not mean that the next president must rebuild those very things. Indeed, they cannot be rebuilt because the cracks and fissures were already in the making. As the next administration picks up the pieces, it cannot put Humpty Dumpty back together again.

One characteristic of the Bush administration's false premises, and perhaps the one that has most damaged the nation's reputation, is that its idea of America and its notion of American exceptionalism -- Messianic and Manichaean -- is the only idea of America. But there is another idea of the country, which began even before the country was a nation, before America became the United States, a nation under law. John Winthrop said (and has been cited by Republican and Democratic presidents since) that we must be "as a city upon a hill." The next sentence is: "The eyes of all people are upon us."

We must be unblinkered and unillusioned, conscious of "a decent respect to the opinions of mankind," as our Declaration of Independence put it, with the sense that America never is alone or isolated -- and not ultimately because we are scrutinized by others but because we understand ourselves and our history. America can begin to recover its reputation in the world only through self-recovery.