As a recent swing through New Hampshire shows, if Hillary Clinton is not elected president in 2008, it won't be because she didn't do her homework. 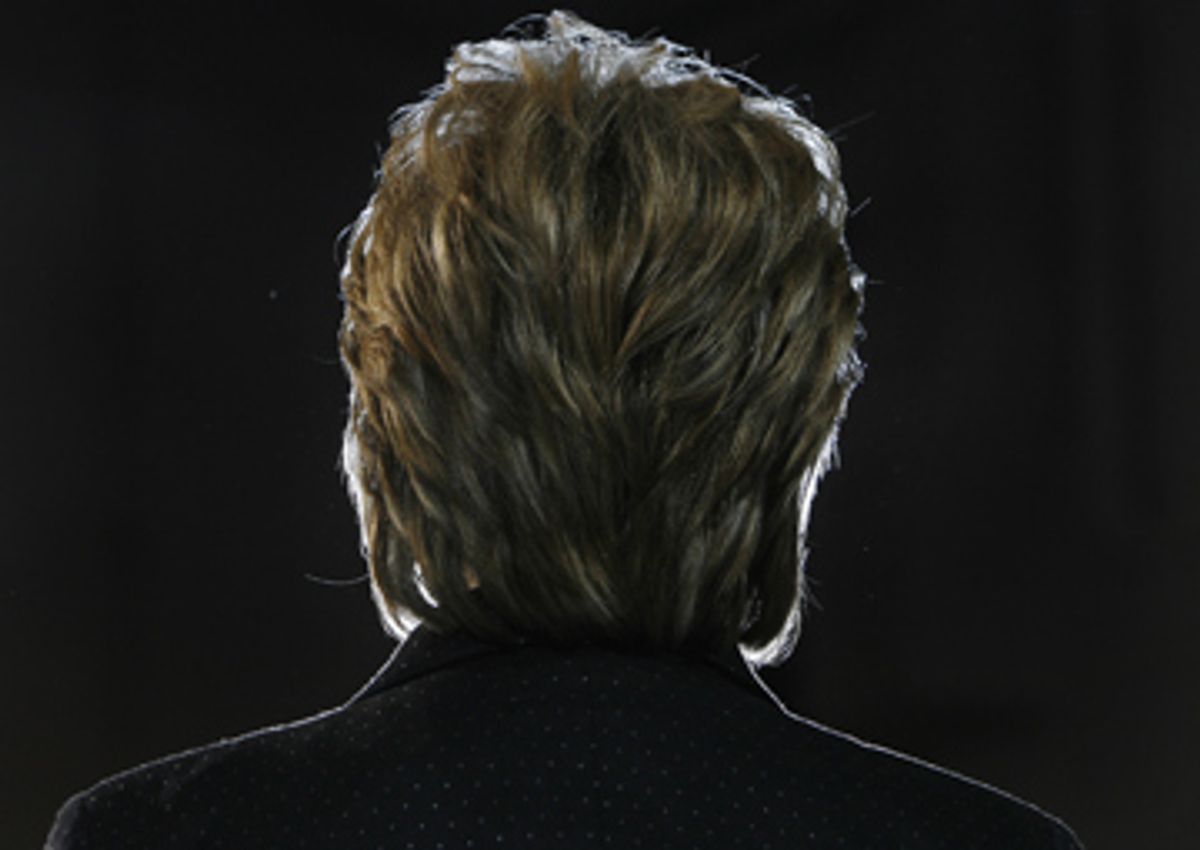 The leading Democratic contenders for the presidency are often praised on the campaign trail for their inspirational style (Barack Obama) and their forthright issue stands (John Edwards). But only Hillary Clinton is routinely hailed for the letter-perfect quality of her preparation.

Presiding over a panel discussion on stem-cell research at Dartmouth College Friday afternoon, Clinton was showing off her policy-polished persona. She artfully framed Republican resistance to stem-cell experimentation in political terms ("this is an extraordinarily pro-life position to try to give life to people") and she reveled in her mastery of the scientific details surrounding this issue.

"This is the first time that anyone has given me an introduction that is perfect," gushed Jeffrey Cohen, a neurologist at the Dartmouth-Hitchcock Medical Center, who was on the panel. During the question period, Nancy Speck, who teaches biochemistry at the medical center, told Clinton, "I'm extremely impressed by how knowledgeable you are." Afterward Speck said, "She gets it. She's somebody as a scientist I could have a conversation with."

It was politically adroit for Clinton to make her first campaign appearance at Dartmouth under the banner of stem-cell research ("Investing in the Cures of Tomorrow" was the slogan on the wall behind her). The issue, which unites the Democrats and is fast becoming an albatross for the Republicans, served as a way of reminding the Dartmouth community that the election is about more than Iraq. (Clinton voted to authorize the war in 2002, and unlike Edwards has never directly apologized for her vote.) By presiding at a policy forum (which drew an older crowd of about 500), Clinton avoided any direct comparisons with Obama, who attracted a younger and larger throng of more than 5,000 when he spoke at a campus rally in late May, just before the academic year ended.

Still, if Clinton wins the Democratic nomination (which is far from preordained), it will be as much because of the skills on display at Dartmouth Friday as any other factor. Clinton is relentless, never skimping on her homework, never taking her privileged position (by marriage) in the Democratic pantheon for granted. She may lack what the Bush family used to call "the vision thing," but she is the 2008 presidential candidate least likely to make a tactical error.

The same mixture of competence and caution provided the subtext to my interview with Clinton on Thursday, just prior to her New Hampshire trip. She was at her best describing the lessons that she had absorbed from eight tumultuous years in the White House. "I am very anxious to learn the lessons from previous presidents -- including Bill," she said. "I will make my own mistakes, I think that goes with the territory. I have no doubt about that. But I am going to try very hard to think through carefully how to be as well-prepared, to have the agenda ready, to have the relationships with the Congress, to have the staff -- the Cabinet and advisors -- really ready."

She also implicitly acknowledged that her own disastrous tenure as the architect of the president's failed healthcare plan in 1994 would have been different if she personally understood Congress. Now, after a full term in the Senate, she stressed that she has finally, viscerally grasped the congressional worldview. Back in 1993, she said, "You could have handed me a book or given me a lecture. But I now feel it and understand it in my core about how to work with the Congress. The lead that the Congress has to take in order for it to feel and be a full partner that a president needs."

These are significant issues in a presidential campaign, since every newly elected Democratic president since FDR has had a rocky first year in the White House, even though all have started their presidencies with a Democratic majority in Congress. Channeling Bill Clinton's experience in 1992, she said, "You spend so much time and energy on the campaign and then you wake up the morning after the election and you're going to be the president of the United States in a short period of time and there is so much work to do."

Her remedy -- one that flows out of her husband's hasty and sometimes misguided decisions about staffing the White House and choosing an attorney general -- is to start mulling personnel decisions while the campaign is still going on. "You really do have to, as soon as you get the nomination, begin to think about that," she said with the wisdom of hard-won experience. "It is not presumptuous, it is prudent to begin thinking clearly about what you will have to face and who you need to recruit."

During the interview, the New York senator acknowledged that U.S. security interests would almost certainly require a continuing military presence in Iraq for such tasks as safeguarding the border with Iran and protecting the Kurds. (Among the mainstream Democratic contenders, only Bill Richardson calls for immediate and total withdrawal after taking office.)

As Clinton put it, choosing her words carefully, "I have said repeatedly that I am committed to taking our combat troops out of the midst of this sectarian civil war. And there may well be vital national security interests that require a continuing presence, although I do not support permanent bases or a permanent occupation."

She also underscored the risks of too hasty a withdrawal of combat troops: "We would certainly like to begin withdrawing troops as soon as we can. It is complicated and dangerous to withdraw troops ... Long convoys are vulnerable, they are the principal battlefield where our soldiers are wounded and killed by the explosive devices used against them."

These realistic views -- which are supported by most members of the Democratic foreign policy establishment -- may not always endear Clinton to the party's antiwar crusaders. More than her rivals for the nomination, she is a candidate who seems as concerned with how her words will appear to swing voters in Ohio and Florida in October 2008, as she is about satisfying the Democratic electorate in the primaries.

On a lighter note, Hillary ... er ... Clinton expressed sympathy for feminists who object to her being described in print by her first name in contrast to male presidential contenders. She conceded that she has "more of an open mind" on this political name game. But hedging her bets, she added, "I understand the point people are taking because if you also refer to Rudy and Mitt and John then that would be even-handed. I get the same indignation from a lot of women who ... say, 'They never call the other candidates by their first name.'"

Like a first date, presidential politics is as much about chemistry as about issues. That is why it is intriguing that Hillary Clinton confided to her audience at Dartmouth that she first came to the campus (and to the state) on a blind date in 1965 or 1966, when she was a student at Wellesley. Now, more than 40 years later, the woman who was then Hillary Rodham is back romancing New Hampshire.