A guilty verdict on vague terrorism charges reveals how unnecessary the Bush administration's extremism has been. 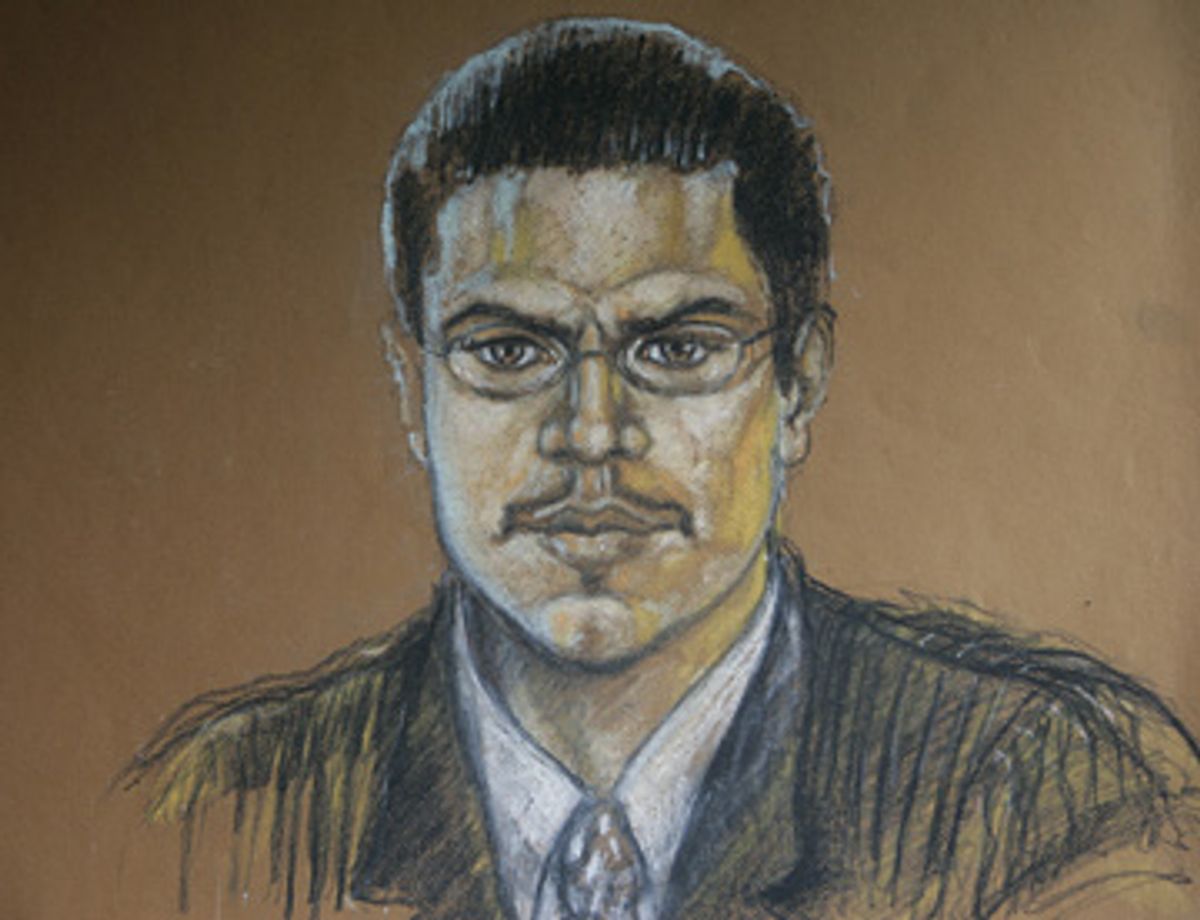 A federal jury in Miami today unanimously found U.S. citizen Jose Padilla guilty of "conspiracy to support Islamic terrorism overseas." In so doing, the jury dealt an enormous blow not only to Padilla himself, but also to the theory which the Bush administration cited to justify its most extremist power over the last six years -- namely, the power to imprison U.S. citizens, on U.S. soil, with no charges of any kind.

Padilla's story is by now depressingly familiar. Arrested at Chicago's O'Hare Airport in April, 2002, he was declared to be an "enemy combatant" by George Bush and imprisoned in a naval brig for the next three-and-a-half years with no charges brought against him. The day following his arrest, then-Attorney General John Ashcroft called a hastily arranged news conference in Moscow to announce that Padilla was attempting to detonate a radiological weapon in the U.S., and from that point forward, the media referred to him as the "Dirty Bomber."

For a substantial time, Padilla was denied all access to the outside world, including even access to a lawyer. In court, the Bush DOJ repeatedly argued that the President possesses the power to imprison even U.S. citizens indefinitely and with no charges simply by decreeing them to be an "enemy combatant," with no review of any kind and no opportunity to contest the validity of the accusations.

The administration repeatedly contended that it was exercising this extraordinary and definitively tyrannical power -- a power literally denied for centuries even to the British King -- because it claimed that dangerous terrorists like Padilla could not be tried in a U.S. criminal court. Today's verdict -- along with scores of other terrorist convictions obtained with full due process rights both in the U.S. and other places, such as England -- gives the lie to that claim.

All along, the Bush administration could have, should have, and was constitutionally obligated to charge Padilla with crimes if it wanted to imprison him. There is no more defining American liberty than the right to be free of arbitrary executive imprisonment, and like so many other basic liberties, the Bush administration violated and assaulted this right for no reason whatsoever.

That Padilla was finally tried in a court of law is hardly a cause of celebration. After all, the only reason why, after almost four years, the administration finally charged Padilla with crimes was because it wanted to avoid a looming U.S. Supreme Court ruling on whether the President has the power to imprison U.S. citizens without charges.

By finally indicting him, the administration was able to argue, successfully, that the Court should refuse to rule on that question on the ground that the claims were now "moot" by virtue of the indictment. As a result, a ruling by a very right-wing appellate panel in the Fourth Circuit, which held that the President does have these imprisonment powers, still remains valid law, and the administration still claims the authority to imprison U.S. citizens with no charges.

When the government indicted Padilla, it did so on extremely vague conspiracy charges having nothing to do with the original flamboyant accusations made against him by Ashcroft. Padilla was thus convicted today of conspiring to commit terrorism overseas, not even in the U.S. (the administration's refusal to charge Padilla with any crimes relating to the original accusations is grounded, at least in part, in the fact that its "evidence" for those original accusations was procured by the torture of others). Veteran reporter Lew Koch, who has been covering the trial for FireDogLake, highlighted how precarious these charges were in his dispatch this morning describing the trial's closing proceedings.

Worse still, the notion that Padilla received a "fair trial" is dubious, to put it mildly, and will undoubtedly be vigorously contested on appeal. Last year, the New York Times obtained a copy of a video from Padilla's imprisonment which showed techniques that can only be described as torture -- systematic sensory deprivation and gratuitous humiliations which clearly broke Padilla as a human being in every sense that matters, all before he had been charged, let alone convicted, of anything. Whether a person subjected to a torture regimen of that severity can possibly receive a "fair trial," in light of his obvious inability to participate meaningfully in his own defense, looms darkly over this entire proceeding.

To this day, many people, including myself, cite the Padilla case as the ultimate wake-up call to the true character, the genuine soul, of the Bush administration. Imprisoning a U.S. citizen, on U.S. soil, with no charges of any kind, and then keeping him for years completely incommunicado, is just one of those lines which many people believed would never be crossed in America.

That this bright line was crossed, and crossed so explicitly and with so little controversy, was an unmistakable sign of just how much of our national character was being eroded, just how limitless was the attack on our basic constitutional framework, just how profoundly our political press was failing. Today's verdict offers yet more evidence of just how unnecessary -- on top of illegal, unconstitutional and destructive -- the administration's behavior here was.