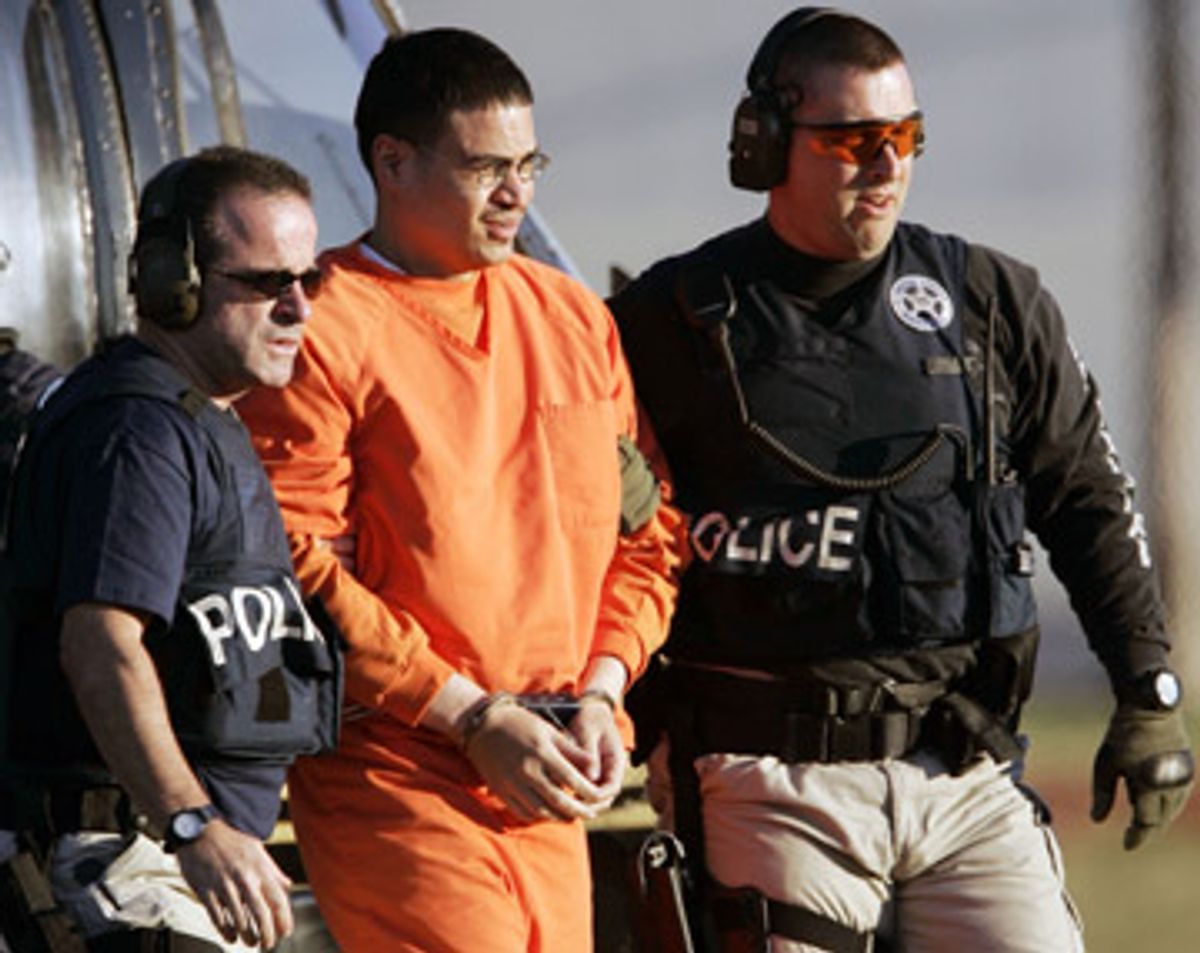 Barring some unforeseen event and/or a profound failure of will power, I am going to be taking a very-mini break away from the computer, and there will therefore be no blogging here until Monday. Feel free to use the comment section to point out all of the matters requiring immediate attention upon my return or for any other reasonable purpose.

There really are some excellent blogs listed under the "Blogs I Read" section in the left-hand column. To the extent you're unfamiliar with some of them, I highly recommend taking some time to review them.


MIAMI, Florida (AP) -- Jurors reached a verdict Thursday in the trial of Jose Padilla and two co-defendants charged with supporting al Qaeda and other violent Islamic extremist groups overseas. Former "enemy combatant" Jose Padilla squints in the Miami sun after his transfer from a Navy brig.

The jury's verdict is scheduled to be read at 2 p.m. EDT before U.S. District Judge Marcia Cooke in Miami's downtown federal courthouse.

The overarching point in the Padilla case has, of course, always been that if Jose Padilla is actually guilty of terrorism, he ought to be charged and tried rather than imprisoned indefinitely by presidential decree, tortured and held incommunicado. That most basic and defining American principle will not change regardless of the verdict. But this is an unbelievably fast verdict -- not even one-and-a-half days of jury deliberation after a three month trial.