If he can win the Democratic primary, will his fans from the opposing party help take him all the way to the White House? 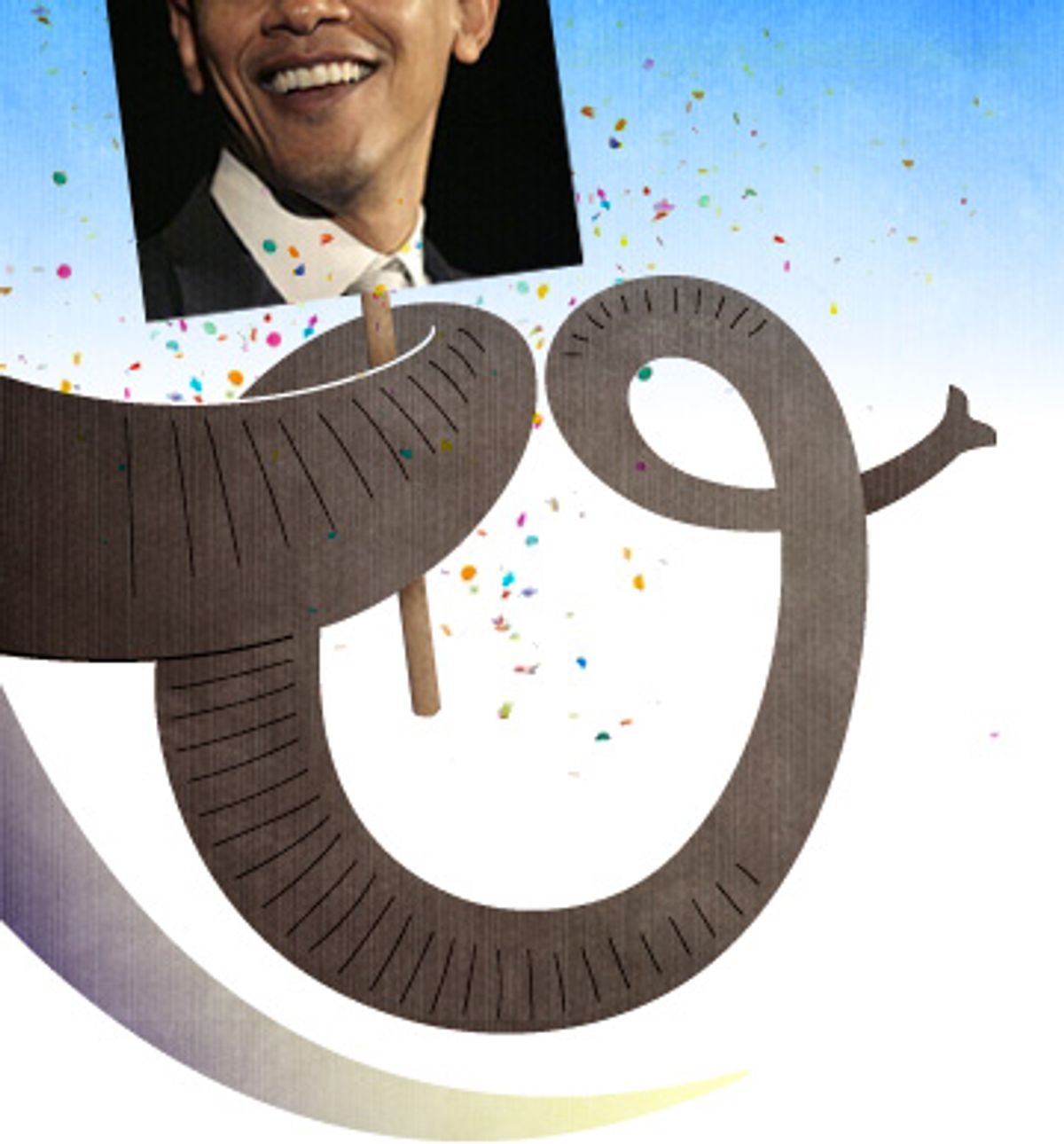 It was sort of like finding a Christmas tree in a cornfield. In late July and early August, Iowa Republican voters were asked to name their choice for president in a University of Iowa poll. Mitt Romney, who leads most Iowa surveys, got 22 percent of the total. Rudy Giuliani came in second with 10 percent. But third place went to a Democrat, Barack Obama, who got nearly 7 percent -- more than Mike Huckabee, John McCain and Sam Brownback combined.

Not to worry: The Obama campaign isn't likely to join the Grand Old Party, and pollsters are convinced that Obama has exactly zero chance of winning the Republican caucus in Iowa. But something is going on. "I don't want to make too much of it," says David Redlawsk, the professor who commissioned the poll. "But I do think that the message Obama is putting out right now is the most likely to reach across party lines."

There are other signs of Obama's crossover appeal. Over the last several months, Frank Luntz, a Republican pollster, has been holding focus groups for various media organizations like Fox News to find out what the public thinks of the presidential candidates. "I would ask Republicans, 'Which Democratic candidate would you accept? Who would you consider to vote for?'" Luntz says. "Obama would get more than everybody else combined. Hillary [Clinton] and [John] Edwards have no crossover voters."

Any political expert will tell you that polls don't mean much five months before the first caucus. But a pattern may be emerging. In part because of Clinton's high negatives among Republicans, it appears Obama is gaining momentum as a fresh candidate with a less divisive approach, by constantly appealing beyond the partisan lines of the last decade. His first television ad buy in Iowa included testimony from a Republican state lawmaker from Illinois talking up Obama and his ability to reach across party lines. As Obama reiterated in an appearance in Iowa last week, "The country is hungry for change. It wants something new. We want to chart a new direction for our nation."

It's a cliché message, but one that could have traction for Obama. "There is a segment of society that is desperately looking for a less partisan, less divisive approach," Luntz says of Obama. "For them, he is the perfect candidate." This segment may be cutting into Republican votes more than those of Democrats. Since 2004, the percentage of Americans identifying as Republican has declined from 29 percent to 25 percent, while the percentage identifying as Democrat has held steady at 33 percent, according to the Pew Research Center for the People and the Press. In Iowa, the lack of Republican enthusiasm is palpable. "It's been really hard for us to get likely Republican caucus goers," Redlawsk says about his polling operation.

Perhaps abetted by this decline in enthusiasm, Obama has been able to attract people like Joe Rowe, 63, a retired pharmacist in Raleigh, N.C., who describes himself as a lifelong Republican in favor of tort reform and privatizing Social Security. Though he says he has always voted for Republican presidents in the past, he now makes monthly contributions to the Obama campaign. "You have to make a stand sometime, and there is so much partisanship, and I would love to see someone who can be a reconciler," Rowe explained this week in a phone interview. "I think we can get a lot done with his approach."

He just changed his party registration, but he is not yet ready to embrace the Democratic Party. He says Hillary Clinton and Nancy Pelosi are just "a part of the system that is in there now." Those sentiments are echoed by Chuck Slack, 47, who has joined a small group called "Republicans for Obama" on the campaign's Web site. An electrical engineer in Colorado Springs, Colo., Slack says he supported Ross Perot in 1992 and typically votes Republican based on fiscal issues. But now he supports Obama because he's "sick of people not working together." Ask him about Clinton, however, and he gets testy. "There is no way in hell I am voting for Hillary Clinton. I am going to go to Canada if she wins."

The problem for Obama may be that much of this cross-party support does not matter in the primary season. In Iowa, for instance, the bizarre caucus ritual would require a Republican backing Obama to reregister as a Democrat and then attend a public Democratic precinct meeting, where the Republican would publicly stand with other Obama supporters. So the 7 percent of Republicans voters in Iowa who say they like Obama could be misleading in terms of any tangible results. But in the general election, such crossover potential -- if not obliterated by the Republican attacks in store for whomever the opposing candidate turns out to be -- could be a boon to Obama. "Boy, does it matter in the general election," says Luntz. Obama just has to make it there first.